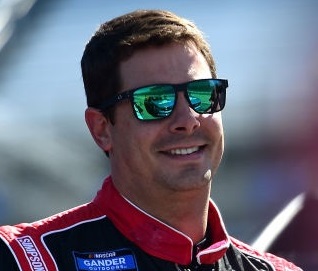 Stewart Friesen snatched the pole for Saturday’s TrueNorth Global 250 NASCAR Gander Outdoors Truck Series race at Martinsville Speedway. With a pole speed of 96.484 mph, he beat out Kyle Busch for the top spot. Busch will start on the outside of the front row. Todd Gilliland, Sheldon Creed and Brett Moffitt rounded out the top 5.

Others starting in the top 10 this afternoon include Matt Crafton, Raphael Lessard, Johnny Sauter, Austin Hill and Ross Chastain.

In the first round, Busch topped the field with a speed of 95.840. The rest of the top 5 in the session included Sauter, Tyer Ankrum, Harrison Burton and Creed.

Moffitt bested the field in the second round, posting a lap speed of 96.112 mph to beat Busch, Chastain, Austin Hill and Creed in the top 5.

The race is scheduled for Saturday afternoon at 2pm Eastern time.