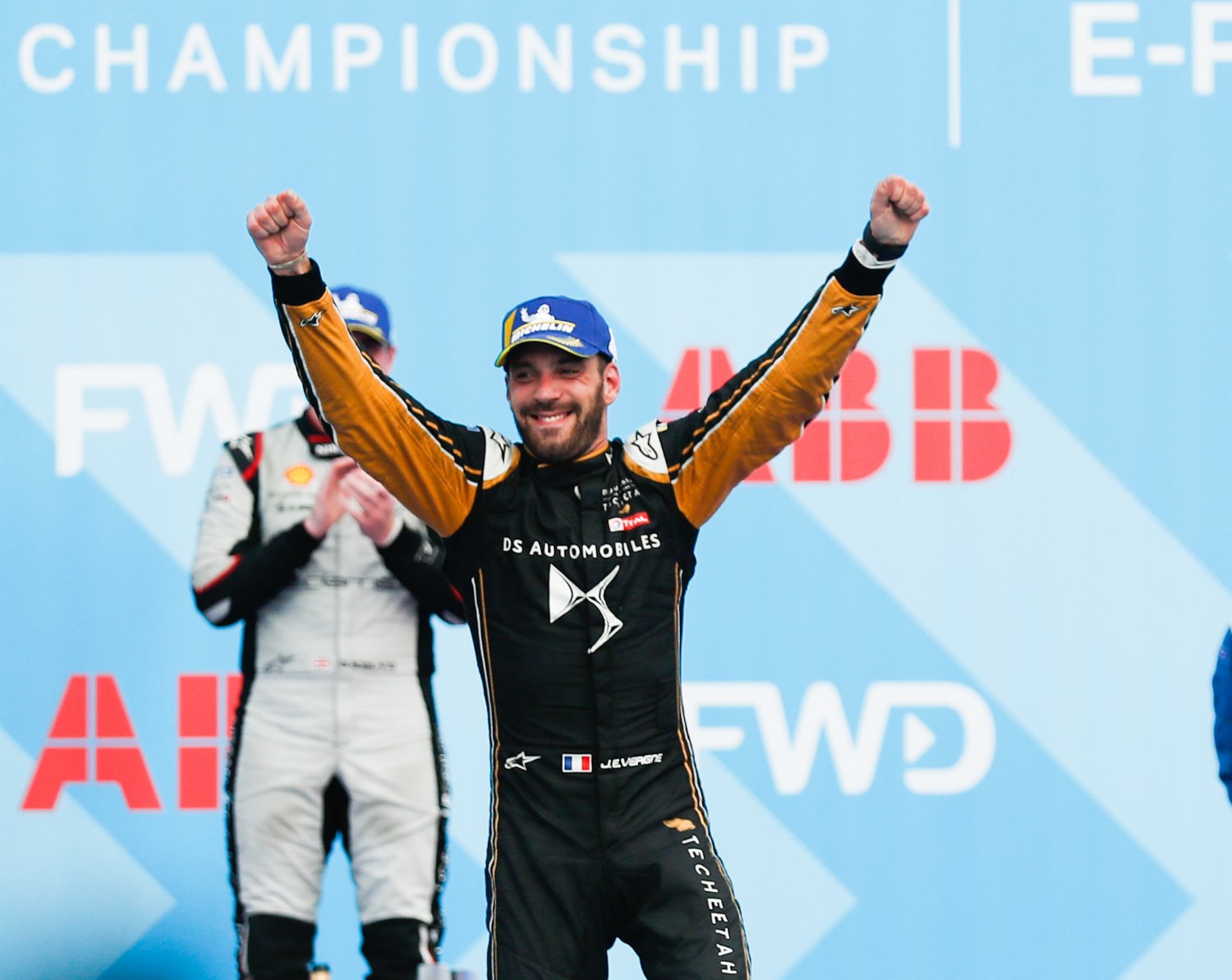 Jean-Eric Vergne secured a much-needed victory in Sanya on home soil for the Chinese DS TECHEETAH team, vaulting the reigning champion to third in the standings and reigniting his title defence.

Without a point to his name in the previous three races, Vergne’s championship aspirations were at a crossroads coming to Sanya. However, such is the close competition of the ABB FIA Formula E Championship, the win jumps Vergne up the order to sit only eight points adrift of Antonio Felix da Costa.

Not only is it a sixth victory for Vergne in Formula E, the result sees a sixth different driver standing on the top step in as many races – still without a repeat winner this season.

[adinserter name="GOOGLE AD"]Vergne started on the front row alongside Oliver Rowland, who lined-up in Julius Baer pole position for Nissan e.dams. With the leading pack running nose-to-tail in the early stages of the race, Vergne made his move at just over half race distance – catching Rowland unawares up the inside of the tight left-hander at Turn 11.

From there Vergne maintained position and held on to victory, despite a late scare for not respecting the safety car procedure resulting in a reprimand. Vergne also collected a point for fastest lap, which puts him tied on points with Envision Virgin Racing’s Sam Bird – who failed to score after a coming together with Stoffel Vandoorne on the opening lap.

Rowland crossed the line in second place – disappointed to miss out on a maiden victory in Formula E, but earning a first podium finish for the Nissan e.dams outfit after squandering a number of chances in Santiago, Mexico City and Hong Kong.

The podium positions were rounded-out by Da Costa who held station in third, moving the BMW i Andretti Motorsport driver back to the top of the standings after another large haul of points.

Vergne’s team-mate Andre Lotterer added to DS TECHEETAH’s tally in fourth – avoiding damage after a scuffle with Alexander Sims. Although, Sims wasn’t so fortunate after stopping on track with suspension damage and bringing out the red flags. After a short delay in the pitlane the race got back underway with 12-minutes left on the countdown clock.

Daniel Abt was the highest-ranked Audi Sport ABT Schaeffler driver in fifth, with Sebastien Buemi bouncing back to sixth after starting in the pitlane following issues in qualifying – later dropping to ninth for causing a collision with Robin Frijns.

Approaching the halfway mark of the season, the top-six drivers are only separated by 10 points. It’s wide open in the title race as the series heads to Rome for the start of the voestalpine European races on April 13 – round seven of the ABB FIA Formula E Championship.

"This is our first win as a new team, and I feel very proud and happy to have been able to bring this victory to DS. It’s a new relationship and it’s always difficult when you start. But after 20 races in a row with points, the last three races not being able to score any points was extremely hard – I didn’t sleep very well between Hong Kong. It was a big day for us – we're a Chinese team and winning here was absolutely amazing. On the podium, when we had the Chinese anthem and all the fans were singing… it was actually quite emotional."

"On one side I'm happy and on the other a little bit disappointed. I had a good opportunity there – JEV did a good job – he surprised me and I knew he was going to at some point. I'm of course very happy with the podium and it’s been a while. I lost it in Mexico and again I was leading in Hong Kong. It’s been a pretty tough three races with three DNFs, so it’s nice to score some points. I was struggling a lot and I knew that if I dropped back – when you start dropping back in Formula E races – everybody thinks that you’re slow and they will use their energy to overtake you. I knew I couldn’t afford to drop too far back and I was on the limit, within the rules but on the limit. I had to be aggressive."

"I'm happy with the points obviously, but I wanted to take a little bit more today. Certainly after following these two guys I thought we had the car to win but it’s not easy to overtake, you have to take a lot of risks especially if it’s someone like Oliver. I knew exactly what was going on in his mind, he wanted this podium a lot and he knew that I needed the points – so I took a little risk at some point but he defended late and I was already half-committed. It could’ve ended badly but luckily everything worked out. It is what it is. I’m happy with this, there’s still a long way to go, we’re only just halfway now and we need to make sure we’re there in July."