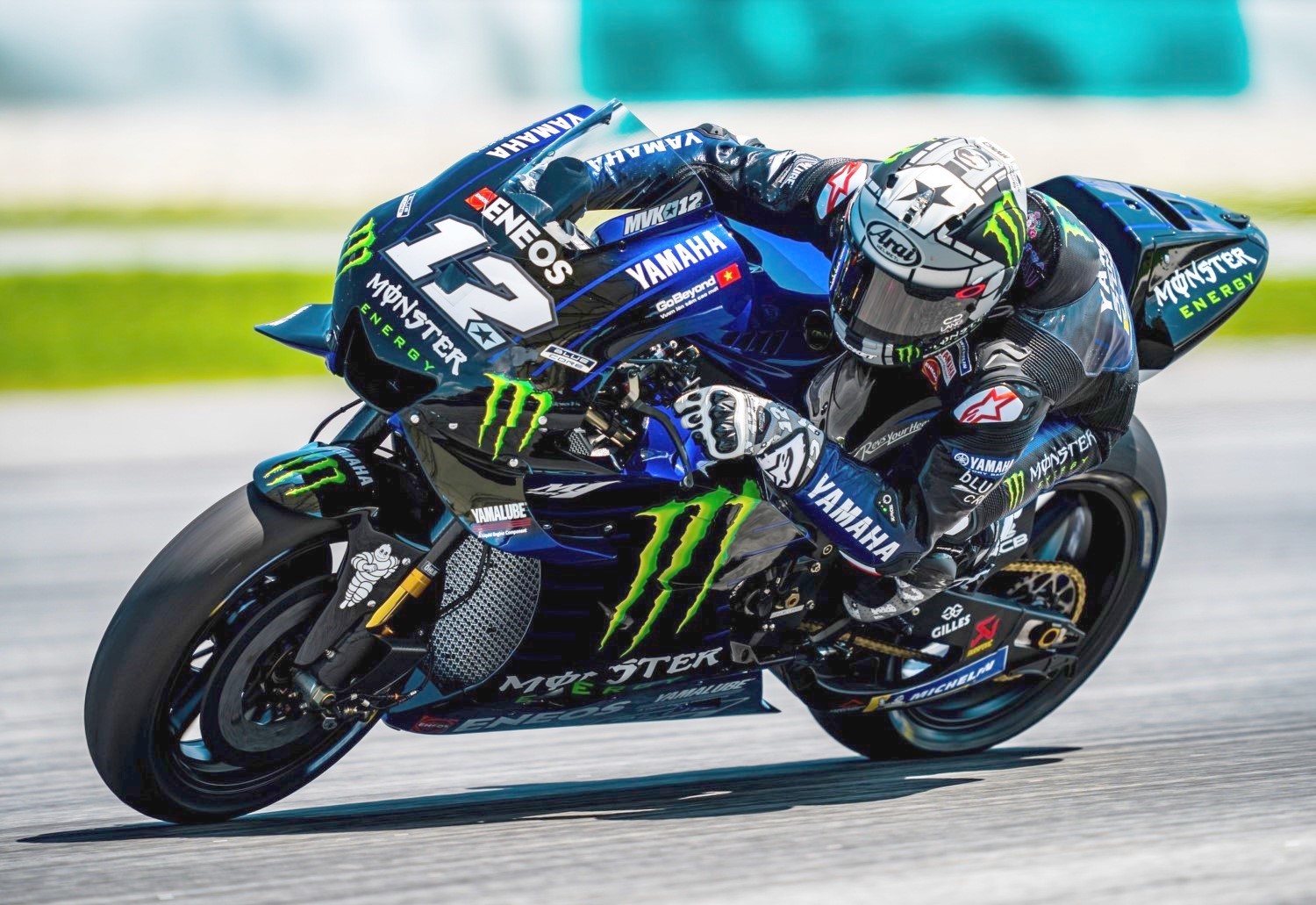 Monster Energy Yamaha MotoGP‘s Maverick ViÃ±ales will start the first race of the season in the best way possible: from pole position.

Vinales waited at the start of the Q2 session, to be ensured of some clear space on track for his hot laps. The strategy worked out perfectly for him. He positioned his YZR-M1 firmly in the lead after his first try, with a 0.741s advantage over his closest rival. He showed it wasn‘t a lucky shot when he posted another, slightly higher, 1‘53s, though his benchmark time remained unthreatened in the first half of the session.

He timed his ultra-quick pit stop to perfection to re-enter the track on his own again with five-and-a-half minutes left on the clock. The pace was heating up, with multiple rivals flashing red sectors, but the Spaniard responded. He found another 0.298s, posting a 1‘53.546s. This stunning lap earned him the first pole position of 2019, with a 0.198s gap to the rider in second place.

Jorge Lorenzo set the initial pace in Q1 with a 1:54.563s, but was soon deposed by Honda stablemate Crutchlow by 0.002s.

A second crash of the day, this time at Turn 2, with three minutes remaining spelled the end of Lorenzo's session, with the late-improving Nakagami ensuring he would not see the second part of qualifying.

[adinserter name="GOOGLE AD"]Lorenzo will begin his Honda debut from 15th on the grid behind former team-mate Rossi, who was a tenth outside of progressing.

Free Practice 3 did not get off to an ideal start for the Repsol Honda Team as Jorge Lorenzo crashed heavily at Turn 6, shortly followed by Marc Marquez who lost the front at Turn 14. Both fortunately avoided any serious injuries, Marquez returning to the wind-hit track to lead the session with a 1’54.677.

After a medical check, Jorge Lorenzo was deemed fit and returned to ride in Free Practice 4. Gusty winds remained for Free Practice 4 and Qualifying, the track reaching just 18ÂºC. Marc Marquez would suffer his second fall of the day, coming off at Turn 6 early in session and quickly remounting.

Jorge Lorenzo pushed from the off in Q1 to set a 1’54.563, unfortunately unable to improve his time after joining a number of riders in falling at Turn 2. Lorenzo’s time will see him start the Qatar Grand Prix from 15th on the grid. Two heavy falls left Lorenzo with pain in his back, arms and legs, the five-time world champion hoping to be as pain free as possible for tomorrow’s race.

Q2 started with the track temperature a mere 16ÂºC, Marquez taking a cautious approach for his opening run. The reigning MotoGP™ World Champion left his charge in Q2 late, setting a 1’53.745 to secure a front row birth for the opening race of the 2019 MotoGP World Championship.

Rossi protege Francesco Bagnaia put his Pramac GP18 13th on the grid for his MotoGP debut, while Pol Espargaro was top KTM runner in 16th ahead of Tech3 rookie Miguel Oliveira and Avintia's Tito Rabat.

Rabat was another late faller at Turn 2, as was Espargaro's team-mate Johann Zarco. Last year's Qatar polesitter will start Sunday's race from 21st.

I was surprised. I didn't expect that everyone was going to be so fast. We've made good steps forward with the bike, but we need to keep working, because we still need to improve the exit of the last corner. If we can do that, we are going to be ready to fight for this race. I will push my hardest tomorrow, no fear, I will go for it. I'm able to hit good lap times and I'm fast straight away. I will give my all. The team prepared a really good bike for me, so now it's in my hands to push and be at the front. I think it will be a group of five to six riders that will battle at the front in the first laps. Let's see at the end of the race. I will plan tonight what I can do, but my first plan is just to do my best.