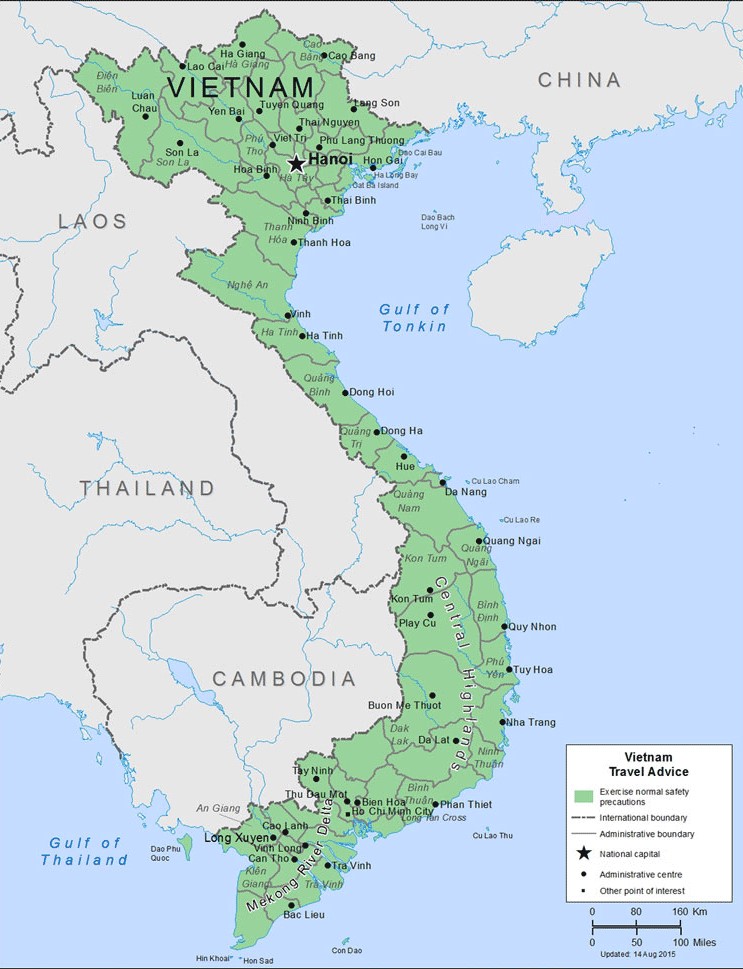 UPDATE This rumor is upgraded to 'fact' today. Vietnam will host a Formula One Grand Prix in Hanoi in 2020, officials have said, meaning the sport is set to head to the Southeast Asian country for the first time.

There has been discussion for several months that Hanoi could be added to the F1 calendar, although Vietnamese officials said today that a deal had been struck.

F1 officials have not officially confirmed the reports, although race director Charlie Whiting said after a visit to Vietnam in October that “[local organizers] are aiming for a 2020 grand prix, which shouldn’t be a problem based on previous experience."

The Hanoi site reportedly plans to use existing streets as well as new sections of road.

10/08/18 This rumor is upgraded to 'strong' today and according to our sources, it will become 'fact' later this year when the Vietnam GP will be officially announced.

“There’s no actual progress on building the track but the site’s been identified," said Whiting. “It’s in the advanced stages of design and as far as I’m aware they’re aiming for a 2020 Grand Prix which shouldn’t be a problem based on previous experience."

Vietnam would become the fourth Asian race on the calendar after China, Singapore and Japan. The propsed track would also include a purposely built section for the pits, similar to what the Marina Bay Circuit has in Singapore.

“It’s mainly on the streets and there’s a section which is not yet built so it’s an open site where the pit buildings are going to be," said Whiting “There will be part of the track that will be built there, which doesn’t exist at the minute but it will become a road."

10/07/18 Vietnam is intending to join the Formula 1 calendar for the 2020 season, with a street-based course in the city of Hanoi.

Plans for a Grand Prix in Miami for next year were ultimately postponed, with progress having currently stalled, while Copenhagen has also formed tentative proposals.

FIA Race Director Charlie Whiting confirmed that wheels are in motion for Vietnam to join the series in 2020 – but Miami is probably dead.

“There's no actual progress on building the track but the site's been identified, it's in the advanced stages of design," said Whiting.

“As far as I'm aware, they're aiming for a 2020 Grand Prix, which shouldn't be a problem based on previous experience."

Whiting confirmed that the circuit would be constructed to the west of Hanoi, around 12 kilometers from the center of the city.

“It's mainly on the streets and there's a section which is not yet built," he said.

“So, it's an open site where the pit building's going to be built. Part of the track will be built there which doesn't exist at the moment.

“But it will become a road, I understand, after that."

08/31/18 The Vietnamese government has said it supports the idea of staging a Formula One race on the streets of the capital Hanoi reports Reuters.

Formula One chief executive officer Chase Carey said in June he was excited by the possibility of a race in the Southeast Asian country, adding that Formula One had been discussing the idea of staging a street race in Hanoi with Vietnamese authorities.

"All (government) ministries and agencies support the idea to create a new attraction for Hanoi," Mai Tien Dung, chief of the government office, said late Thursday in a statement.

Dung did not say when a final deal would be signed with Formula One, or when the first race would be held.

Prime Minister Nguyen Xuan Phuc had told Hanoi not to use state budget for building infrastructure for the race, but to invite investment from businesses, Dung added.

"Hanoi authorities have asked people living in the planned area for their opinions about holding the race and they have all shown their support, to attract tourists," Dung said in the statement.

06/04/18 Formula 1 CEO Chase Carey said that the series is "excited by the possibility of a race in Vietnam as part of an expansion in Asia but Europe remains the bedrock of the sport," according to Alan Baldwin of REUTERS.

F1 has been discussing with Vietnamese authorities staging a street race in Hanoi, possibly as early as '20, but a deal has yet to be confirmed. The country is "a growing market for sponsors" such as Heineken and would be a fifth Asian race on the calendar.

Carey said, "Vietnam's a very exciting country. A country that's caught the world's imagination and in many ways that's where we want to be."

He added that the sport is looking for great racing and "great platforms to really thrill the world and really be a destination that everybody wants to go to." REUTERS

"The circuits are already in the process of approval by the FIA," said correspondent Michael Schmidt.

The report said the Vietnamese venue is a street circuit in the capital Hanoi, while Miami will be another city course.

Argentina, meanwhile, would take place on a development of the old circuit in Buenos Aires.

"According to our information, Hanoi and Miami will almost certainly be on the calendar next year," Schmidt added.

"In Buenos Aires, financing of the track renewal and the entry fee is not yet clear."

Days ago, former F1 supremo Bernie Ecclestone said he came close to agreeing a deal for a Vietnamese grand prix a few years ago.

"The deal I could have signed with Vietnam would have been $64 million," he told Forbes' Christian Sylt. "(Liberty) are going to get the deal done with the people in Vietnam for sure."