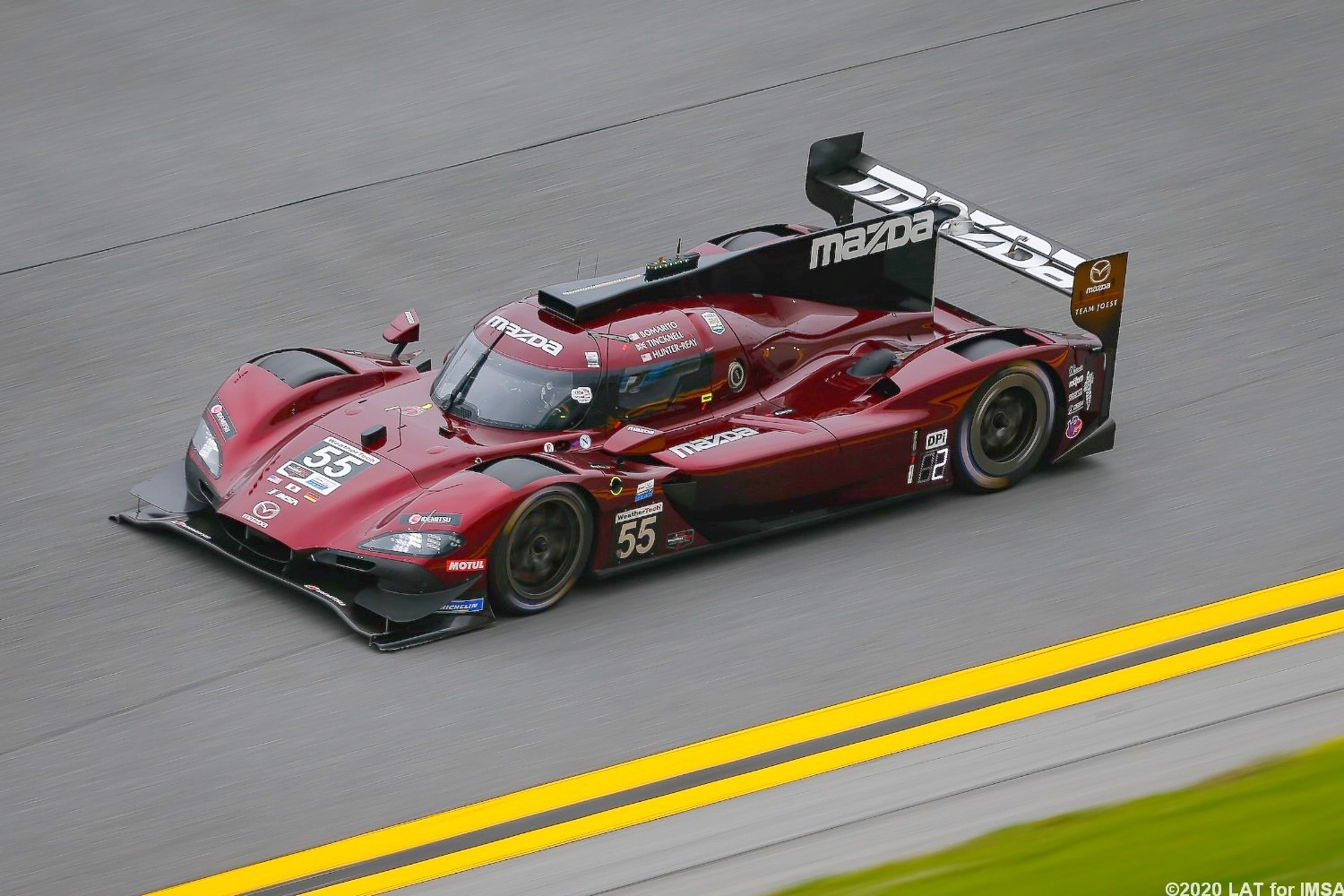 A Corvette-Size Weight Has Been Lifted: For more than two years, the motorsports world has anxiously awaited Corvette Racing’s 100th victory in IMSA after win No. 99 came at the Acura Grand Prix of Long Beach in April 2018. Finally, the team hit the century milestone last weekend at the IMSA WeatherTech 240 At Daytona with drivers Antonio Garcia and Jordan Taylor in the new No. 3 Chevrolet Corvette C8.R. Will it lead to a winning streak?

LMP2 Season-Long Championship Begins: The LMP2 class returns at Sebring International Raceway for its second race of 2020. However, the class’ first race – January’s Rolex 24 At Daytona – did not award points towards the full-season WeatherTech Championship, only the IMSA Michelin Endurance Cup. Five LMP2 cars are entered for the Cadillac Grand Prix from five different teams. Who will get the upper hand?

Meanwhile, Pressing Pause on the WeatherTech Championship GTD Race: Not unlike the LMP2 class at the Rolex 24, the GTD class will see its own race points at Sebring awarded a bit differently. The Cadillac Grand Prix is the lone GTD race of 2020 that will not count towards the full-season WeatherTech Championship, only the seven-round WeatherTech Sprint Cup. After their win at the IMSA WeatherTech 240 At Daytona, Aaron Telitz and Jack Hawksworth lead the Sprint Cup standings in their No. 14 AIM Vasser Sullivan Lexus RC F GT3 with one race in the books.

Nasr on the Mend – It was announced on Friday before the IMSA WeatherTech 240 At Daytona that Felipe Nasr had contracted the coronavirus, returned to Miami, and began the mandatory quarantine period. Nasr remains on the entry list in the No. 31 Whelen Engineering Cadillac DPi-V.R and will race if he is cleared by his doctor.

Mazda Motorsports – Last summer brought three consecutive wins for the two-car Mazda DPi program and IMSA’s return to racing this summer has started equally as well. Last Saturday at Daytona, the team finished 1-2 overall with the No. 55 Mazda RT-24P of Jonathan Bomarito and Harry Tincknell scoring the win and their teammates Tristan Nunez and Oliver Jarvis finishing runner up.

AIM Vasser Sullivan – It’s nearly an identical situation for the Nos. 12 and 14 AIM Vasser Sullivan Lexus RC F GTs. The GTD team finished 1-2 also at Daytona, the best performance for the team since joining the WeatherTech Championship last year. The checkered flag went to Aaron Telitz – who was tapped as a full-time driver in the No. 14 just one week prior – and Jack Hawksworth, while it was the best finish yet for Frankie Montecalvo and Townsend Bell in second.

DragonSpeed – it’s been five months since the LMP2 field has been on track, but the last time they were – January’s Rolex 24 At Daytona – DragonSpeed took the win. However, the only returning driver from that lineup will be Henrik Hedman, who will be joined by Gustavo Menezes in the No. 81 ORECA LMP2.

5 JDC-Miller MotorSports with Mustang Sampling Cadillac DPi – In the first two races for the revamped No. 5 Cadillac DPi, now running under the JDC-Miller MotorSports banner, the new partnership is off to a solid start. Co-drivers Sebastien Bourdais and Joao Barbosa have quietly finished on the podium in third during both races at Daytona and will look to improve just two more positions at Sebring. Bourdais and Barbosa won the last time they raced together at Sebring, in the 2015 Twelve Hours.

Pipo Derani – The Brazilian driver of the No. 31 Whelen Engineering Cadillac DPi-V.R won the Mobil 1 Twelve Hours of Sebring overall in three of the last four years. Last year, he became the first driver to win three times in four years at Sebring since Phil Hill did it in 1958, ’59 and ’61. It’ll be a shorter race, but he’s one to keep an eye on.

Nick Tandy, Frederic Makowiecki and the No. 911 Porsche GT Team – Tandy and co-driver Fred Mako are looking for their third consecutive GTLM victories at Sebring in the No. 911 RSR-19 after winning both the 2018 and 2019 Mobil 1 Twelve Hours of Sebring alongside co-driver Patrick Pilet.

Kyle Masson and Performance Tech Motorsports – The Central Florida driver and the South Florida team have earned class victories at the Mobil 1 Twelve Hours of Sebring twice in the last three years, claiming a Prototype Challenge (PC) class win in 2017 and the LMP2 class win last year. They’ll look to continue that success with the No. 38 ORECA LMP2 machine, which Masson will share with Cameron Cassels.

Oliver Gavin – The No. 4 Corvette C8.R driver has the most Sebring victories of anybody in the field with six. His most recent win came in the GTLM class in 2016 aboard the No. 4 Corvette C7.R. He and Tommy Milner will trade the C7.R for the C8.R this year, which Gavin put on pole at the IMSA WeatherTech 240 At Daytona.

Bill Auberlen – The co-winningest driver in IMSA history has the most Sebring pole positions of any active driver with four, the most recent coming in the GTLM class in 2016. He also has three Twelve Hours of Sebring class victories and will go for a fourth in the No. 96 Turner Motorsport BMW M6 GT3 alongside Robby Foley.

Porsche – The German manufacturer has the most wins of any at Sebring with 94 class victories. It is also the winningest entrant in the Twelve Hours with 16 total victories dating back to its first win at the Central Florida circuit in 1956. It has won each of the past two years in the GTLM class.