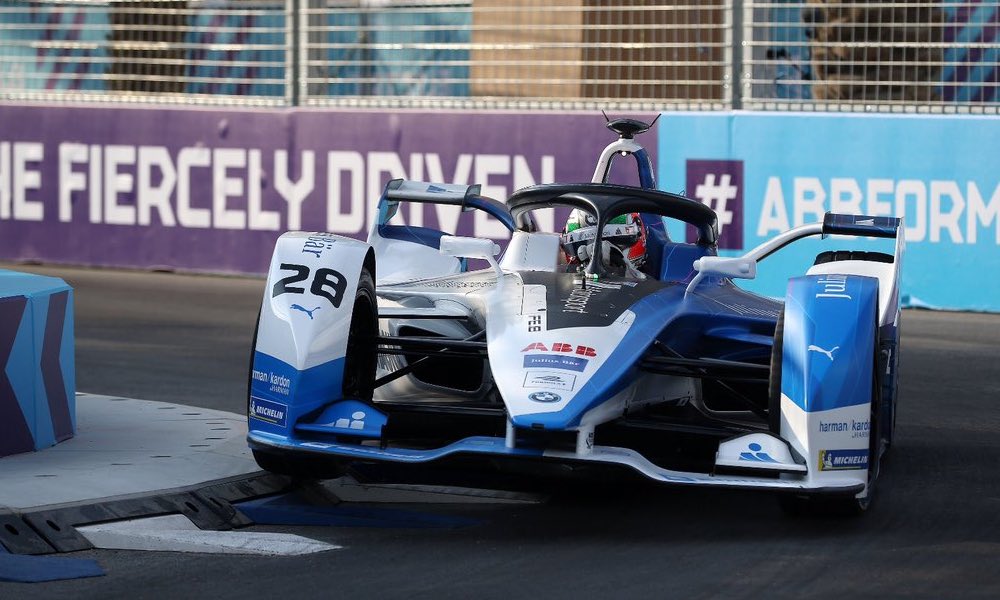 On a partially wet track, Antonio Felix da Costa scored his first pole position in a hectic qualifying session for the opening ABB FIA Formula E Championship round of the season in Ad Diriyah on Saturday.

The BMW i Andretti Motorsport driver set a flying lap of 1:17.728 in the first of two qualifying sessions and will start this afternoon’s race from pole for the first time.

He provisionally qualified on top at Long Beach in 2016 but had the pole position removed for a tire irregularity.

NIO’s Tom Dillmann, who was the first driver to take to the 1.5 mile circuit, managed the second-fastest time and ended up 0.165s adrift of da Costa’s effort, however the Frenchman could lose his provisional front-row starting position as he finds himself under investigation for completing more laps than permitted during the session.

Should Dillmann be penalised, it will be the Dragon of Jose Maria Lopez that will instead share the front-row with da Costa, after the Argentine set the third-best time to end up within 0.4s of pole.

Qualifying was organized into two groups instead of the usual four, with NIO's Tom Dillmann taking to the track early in the first 15-minute session.

The drivers were only permitted to complete one qualifying run as per the regulations – out-lap, a 200kW sighting tour, 250kW flying lap, in-lap – but Dillmann ran solidly for 10 minutes before putting his flying lap in.

Sebastien Buemi was fourth quickest and is likely to be moved up to third, ahead of Stoffel Vandoorne and Sam Bird.

The second qualifying session had two major incidents, with a red flag pausing the clock with less than four minutes to go after Max Guenther stopped on track.

Felix Rosenqvist hit the barriers right at the end of the session, causing more confusion with marshals waving red flags despite no red flag period officially being brought out by race control.

Da Costa also scores the first points of the Gen 2 era, with three points being awarded for pole position.