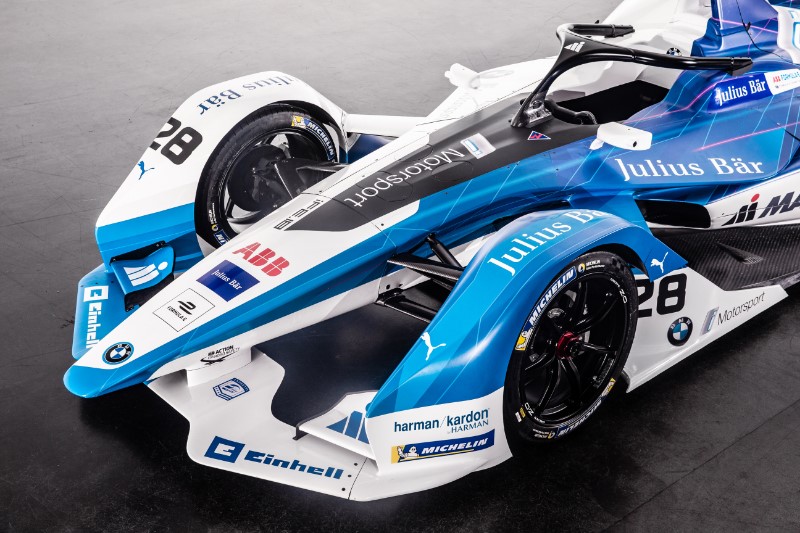 The ABB FIA Formula E Championship is entering its most exciting season yet by introducing a first-of-its-kind innovation in sport to further enhance the fan spectacle and retain the unpredictable nature of electric street racing.

With the start of season five on the horizon and the largest shake-up in regulations in the short history of the series, Formula E enters a new era with its advanced new-look Gen2 car and revised race format – keeping fans on the edge of their seats with the eagerly-awaited ATTACK MODE.

Change is a constant in motorsport and the development of the futuristic Gen2 car moves quicker than anything else – both on and off the track – boasting more power, double the range and a distinctive design unlike anything else seen in motorsport.

Not only does the Gen2 car have a completely different exterior to its predecessor, there’s wholesale changes to the components underneath the bodywork – continuing to set Formula E apart as the most relevant championship in motorsport for the automotive industry.

[adinserter name="GOOGLE AD"]With the Gen2 car the drivers can stay strapped in and seated for the entire length of the race. But it’s not a walk in the park to the checkered flag, as utilizing a range of power modes on offer – balanced with efficiently managing the battery life against a 45-minute (+1 lap) race countdown – means there’s likely to be more strategic variables and mixed results than ever before.

New for this season, drivers will be able to access ATTACK MODE at any time during the race from the second lap – allowing them to chase down their rivals or build a lead to defend position. ATTACK MODE temporarily boosts power levels from 200kW – in standard race mode – to 225kW for a short period of time.

It’s mandatory for drivers to use ATTACK MODE during the race, with the precise time period and amount of activations determined by the FIA – with the potential to adjust depending on the track layout and configuration.

In order to initiate ATTACK MODE, the driver must pass through a defined activation zone placed off the racing line. The driver is required to arm ATTACK MODE on the steering wheel on the approach to the activation zone and maneuver through three timing sensors to complete the loop and receive instant power.

To help fans follow ATTACK MODE, the Formula E host broadcast will incorporate virtual reality – with the activation zone rendered on the track as a tied to field graphic. The cutting-edge technology will harness trackside camera tracking, live telemetry data and powerful graphic engines to help tell the story of the race.

Drivers will initially lose time – and possibly positions – moving away from the fastest racing line around the track. However, they’ll quickly have the opportunity to make up any lost ground and overtake with an immediate power advantage.

The different power modes will be denoted using florescent LED lights adorning the halo above the driver’s head – another innovation introduced by Formula E in season five for fans to follow the race. When the LED lights glow electric blue the car will be in ATTACK MODE (225kW), changing to magenta when deploying FANBOOST (240kW to 250kW).

Alejandro Agag, Founder & CEO of Formula E, said: “Formula E broke the mold by being the first to go electric – so it’s clear we aren’t scared of trying new things. Whether that’s introducing new on-track innovations or tweaking the format of the race, or creating new ways for fans to follow or interact with the sport. I’m eager to see the competitive debut of the Gen2 car and ATTACK MODE in action during a race scenario on the tight and challenging street circuits that’ve come to define our series. I’ve been waiting for this moment for a long time and this is the year where the ABB FIA Formula E Championship comes of age."

Jean-Eric Vergne, reigning champion and DS TECHEETAH driver, said: “For someone who’s been with the series since pretty much the start, I’ve personally seen how Formula E has taken big strides – not only with the performance of the car, but by implementing new ideas that continue to promote close racing such as ATTACK MODE. As drivers, we want to be able to race hard and the fans want that too. We had a small taster of ATTACK MODE during the pre-season test in Valencia, but it’s hard to say what it’ll be like when we go racing from the simulations we did then. I think we’re all very curious to find out and it’s not long to go now until Ad Diriyah. I think the biggest question around ATTACK MODE will be when to use it and when to conserve energy in comparison to who’s around you on track. It’s a guessing game and it’s going to lead to some exciting and unpredictable results."

Gen2 car – the new design concept all teams adhere to using matching cars and bodywork – while still developing their own in-house components for the motor, inverter, gearbox, rear suspension and software.

Higher power modes – the maximum power in race mode jumps from 180kW to 200kW – with 250kW available during practice and qualifying sessions.

FANBOOST – awarded to drivers with the most votes online and across social media. Voting closes in the opening phase of the race with FANBOOST winners getting extra energy.

Halo LED lighting – with the mandatory introduction of the head protection device, Formula E has conceived the use of an LED strip surrounding the halo – allowing fans to easily recognize the differing power modes of each car. Electric blue will be used when cars are in ATTACK MODE (225kW) and magenta when cars use FANBOOST (between 240kW – 250kW). In standard race mode (200kW) the LED lighting system isn’t active.