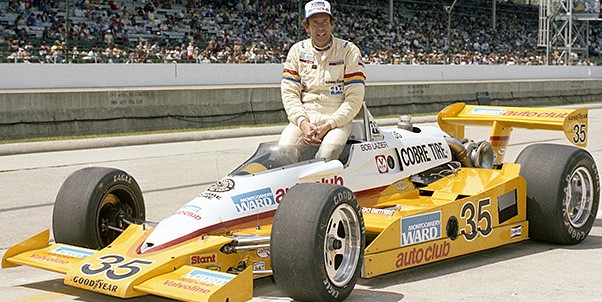 Bob Lazier, the 1981 CART Rookie of the Year who made his sole Indianapolis 500 start in that season, died Saturday, April 18. He was 81.

The affable Lazier also was well known as the father of 1996 Indianapolis 500 winner and 2000 INDYCAR champion Buddy Lazier and Indy 500 and INDYCAR veteran Jaques Lazier.

Minneapolis native Bob Lazier started 13th and was credited with 19th place in the No. 35 Montgomery Ward Auto Club Penske/Cosworth, owned by Bob Fletcher, in his sole Indy 500 start, in 1981. He was forced from the race due to engine failure after completing 154 laps.

Lazier ended up ninth in the CART standings in 1981, with best finishes of fourth on the road courses at Watkins Glen and Mexico City. That strong performance earned him CART Rookie of the Year honors.

He returned to Indianapolis in 1982 but did not attempt to qualify, as he agreed with his family's concern after Gordon Smiley's fatal crash during the opening day of qualifying.

Lazier then focused on his work as a successful building contractor in Vail, Colorado, and on the budding driving careers of his sons. Buddy climbed through the SCCA ranks and raced in IMSA sports cars before competing in CART and INDYCAR, with his win in 1996 at Indianapolis for Hemelgarn Racing the most noteworthy of his eight career victories.

Bob Lazier moved from Minnesota to Vail after he and his wife, Diane, spent their honeymoon there in 1963, enticed by seeing a brochure about the nascent mountain ski resort town at the Minneapolis ski shop where Bob worked. Lazier's company built numerous properties in Vail, with Tivoli Lodge as his crown jewel.

Lazier started racing in the early 1970s, and he won a class title in the 1972 SCCA National Championship Runoffs at Road Atlanta in a Formula Vee. He also raced in Formula 5000 and the USAC Mini-Indy Series in the 1970s before climbing to Indy cars in 1981.

In recent years, Lazier stayed involved in racing as a team owner and by driving vintage race cars. He and son Buddy formed Lazier Partners Racing in 2013, with Buddy making four Indianapolis 500 starts between 2013-17 under that banner and the Lazier/Burns Racing name, both small, low-budget, one-car teams.

Bob Lazier also was a frequent and enthusiastic competitor this decade in the SVRA Brickyard Vintage Racing Invitational at the Indianapolis Motor Speedway.