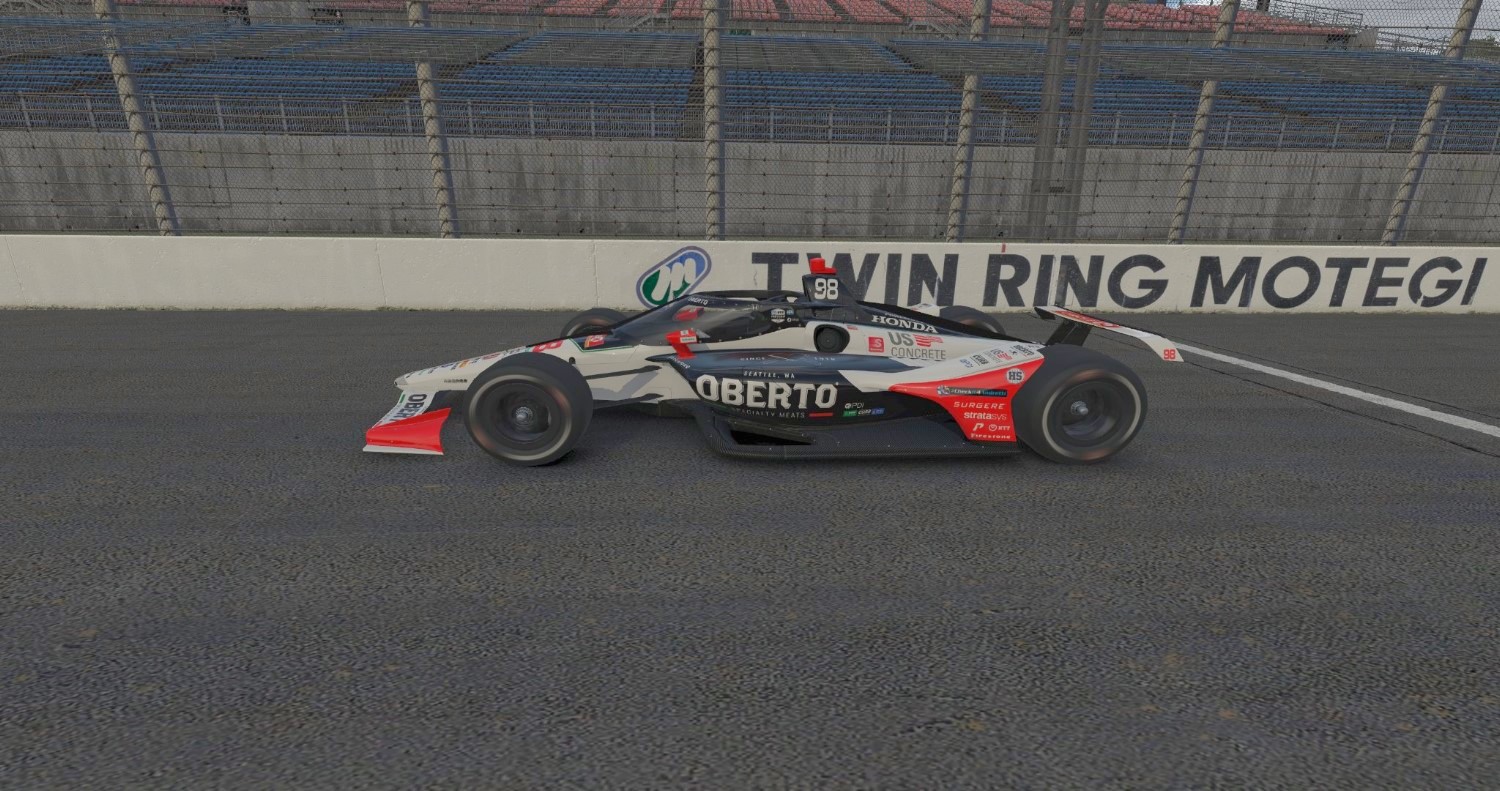 The 113-lap event, which will last approximately 75 minutes, will be broadcast live on NBCSN. The NBC broadcasting team of Leigh Diffey, Townsend Bell, Paul Tracy and Marty Snider will call the action. The pre-race activities will be highlighted by Big Machine Records country music star Carly Pearce singing the national anthem and global motorsports legend Mario Andretti giving the command to start engines.

The Firestone 175 is the fourth of six events to be held weekly each Saturday through May 2. After this event, remaining venues include Circuit of The Americas (April 25) and a non-INDYCAR "Dream" track (May 2).

Here are "5 Things To Look For…" heading into Saturday's Firestone 175:

The livery of the No. 88 Capstone Honda, developed by Capstone Turbine and the Steinbrenner family, features the famed Yankee pinstripes and a logo featuring the initials “HS" in two locations. All six Andretti cars in the race Saturday will feature the “HS" logo decals.

“It’s been a tough week for the whole Andretti Harding Steinbrenner team with the passing of Hank Steinbrenner," Herta said. “Hank wanted to carry the Yankee tradition of winning into racing, and I’m really proud to be able to help honor him this weekend with our pin-striped Capstone livery as a tribute. We’ll be racing with heavy hearts and hoping for a great result to honor his name."

2013 Indianapolis 500 presented by Gainbridge winner Tony Kanaan will have a familiar, classic look to his No. 14 Chevrolet fielded by A.J. Foyt Enterprises this Saturday in the Firestone 175, racing with the green, white, orange and red colors of longtime sponsor 7-Eleven.

Kanaan became synonymous with the 7-Eleven colors during his tenure with Andretti Autosport, highlighted by capturing the 2004 NTT INDYCAR SERIES championship. Kanaan completed all 3,305 laps of competition that season, with three victories and 15 top-five finishes.

Sato is a native of Tokyo and beloved by Honda and the Japanese public due to his longtime affiliation with the iconic Japanese company. Sato raced exclusively with Honda power during his entire Formula One career, from 2002-08, and also in INDYCAR since his arrival in 2010.

His best finish in two NTT INDYCAR SERIES starts at Twin Ring Motegi was 10th in 2011, the last year the series raced at the 1.52-mile oval.

Three-time Indianapolis 500 pole sitter Ed Carpenter will make his third start in the INDYCAR iRacing Challenge on Saturday in the Firestone 175, but he will race with yet another new number.

Carpenter is carrying No. 50 on his Direct Supply Chevrolet, ceding the No. 21 he used in his first two starts – at Barber Motorsports Park and Michigan International Speedway – to Ed Carpenter Racing teammate Rinus VeeKay, making his series debut. Carpenter competes in the NTT INDYCAR SERIES in car No. 20, but he gave that number to teammate Conor Daly for the virtual series debut March 28 at Watkins Glen since Carpenter didn’t run that race.

Owner-driver Carpenter picked No. 50 for Twin Ring Motegi because his son Ryder wears that number for his youth hockey team in Indianapolis.

Both of Carpenter’s sons are avid youth hockey players, and Cruz Carpenter honors his father by wearing No. 20 on the ice. Daly already has that number for the INDYCAR iRacing Challenge, so proud hockey dad Carpenter picked Ryder’s No. 50 for his car this Saturday.

Virtual racing for the Road to Indy Presented by Cooper Tires, the ladder series of INDYCAR, continues Saturday with Round 4 of the Ricmotech Road to Indy Racing eSeries at 12:45 p.m. ET Saturday from virtual Road America, less than two hours before the start of the Firestone 175 for the INDYCAR iRacing Challenge.

A field of 37 drivers from the Road to Indy will attempt to qualify for 28 spots in the race, which will be streamed live on Road to Indy website and app, ApexRacingTV’s YouTube, the iRacing eSports Network, the series’ respective Facebook platforms, and Cooper Tires’ Facebook page.