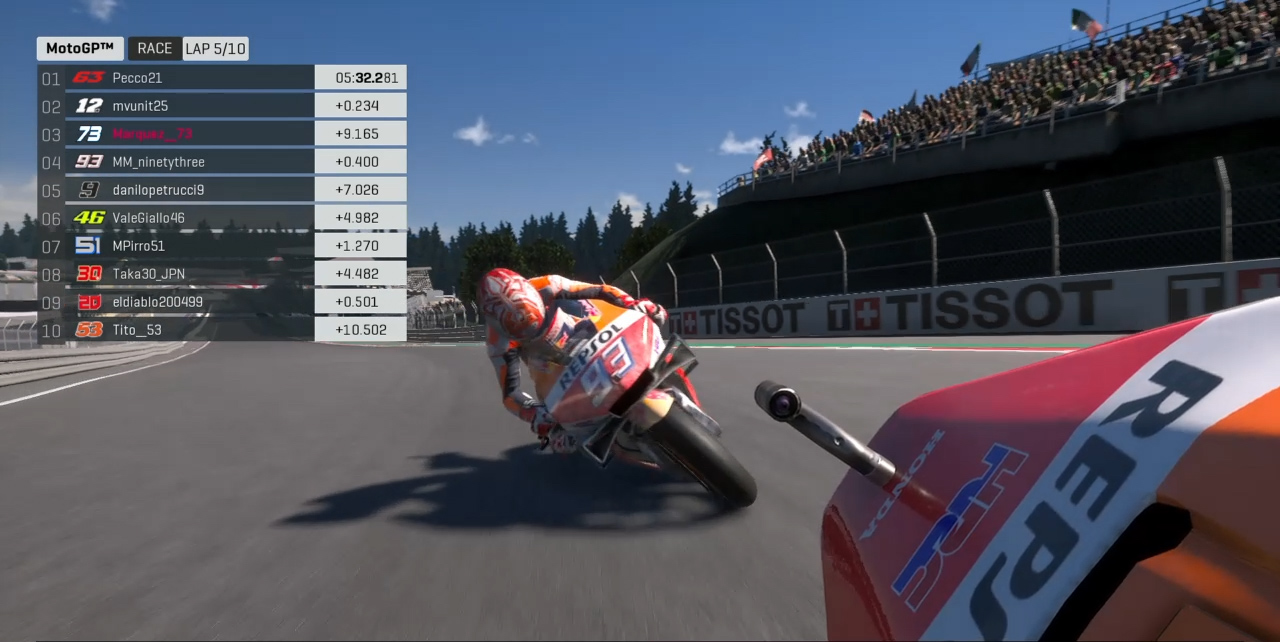 It was ten laps of utter chaos around the Red Bull Ring with the MotoGP stars again putting on a show in the second Virtual MotoGP Race.

The stars of MotoGP again put on a show in the second Virtual MotoGP Race, with Pramac Racing's Francesco Bagnaia coming out on top after the Red Bull Ring delivered yet another last lap classic.

Maverick Vinales found something to cut the three-second gap down to nothing as the pair started the final lap. Remarkably he then took the lead from Bagnaia at Turn 3, plunging downhill and up the inside. Bagnaia wasn't tapping out and giving up though, he immediately responded with a huge dive down the inside of Vinales, even taking a trip across the grass in doing so. It would prove to be the race-winning overtake after Vinales had a big slide out of the final corner stopping any chance of him drafting past Bagnaia before the checkered flag.