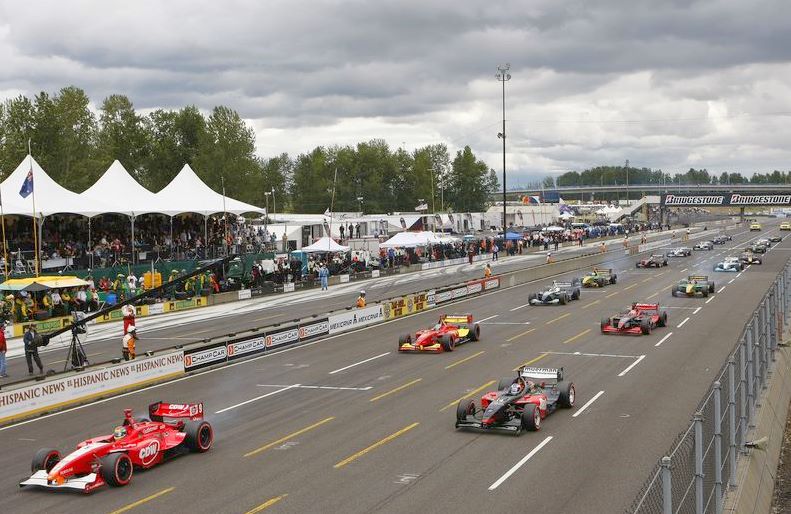 Jeff Gluck tweets: Portland GP vice president/GM Jerry Jensen says ticket sales have been “phenomenal" and “above anything we projected."

At a Portland GP press conference today they’re emphasizing to use the light rail to arrive at track — parking on site nonexistent w/o pre-purchased pass.

Also trying to get the word out for people to arrive early on Sunday (expecting good crowd and race starts at noon local).

The final Champ Car race at Portland was the milestone 100th victory for Newman/Haas Racing.

Sebastien Bourdais took the lead on lap 57, and cruised to victory. It was the first and only time the Champ Car race at Portland began with a standing start. The race went without a caution, and Bourdais beat second place Justin Wilson by 13.537 seconds.

Watch how the 2007 superior Champ Car race at Portland was done with an exciting standing start. Are today's IndyCar drivers a bunch of wankers that they cannot do this? No, somehow IndyCar thinks today's IndyCars are inferior to 11-year old Champ Cars and hence cannot do it. Fans and drivers are being cheated out of real excitement.

A fan's view close to turn 1. Feel the power and hear the sound of real race engines compared to today's lame V6 units.

Another 2007 Champ Car Standing Start from Zolder, Belgium. No problem with standing start. What's the issue you ask?

2007 Long Beach GP Standing Start. Do you see an issue?

2007 Road America standing start. No issues. IndyCar today is cheating its fans out of real excitment.