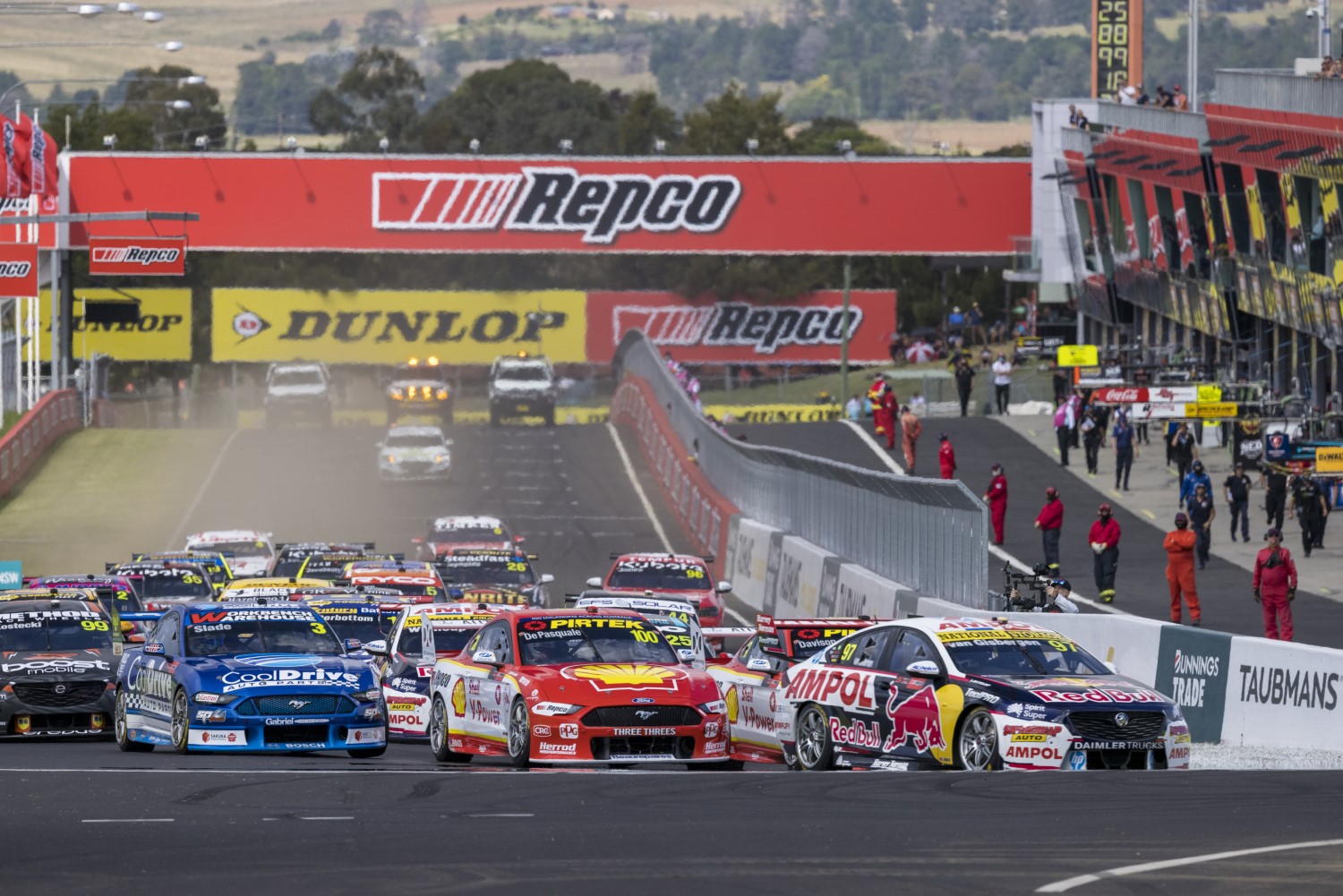 NASCAR’s France family, as well as IMG, have dropped out of the running to buy Supercars‬ according to Speedcafe, suggesting they had kicked the tires on the deal, which is being shopped to multiple bidders.

Resurrecting this rumor from back in 2018.

Word on the street is that NASCAR will soon make a run at buying the Australian Supercars Series, something we have rumored for a long time.

According to Motorsport.com former NASCAR chief operating officer George Pyne’s Bruin Capital business is thought to be mounting a bid for the Australian touring car series via its recent acquisition of TGI Sport.

We hear that will be a stepping stone towards NASCAR eventually buying it.

NASCAR bosses have headed to this weekend’s OTR SuperSprint on a fact finding mission as America’s leading race category looks to Supercars for inspiration to improve its systems.

The duo met with high ranking Supercars management and spoke with several team bosses on Friday at The Bend Motorsport Park to learn more about the category’s successes and share ideas from their own NASCAR series.

It is understood discussions with Supercars included topics such as the officiating of events and its television broadcast.

“For us we are looking ahead at where we want to go (as a series) and our OEM partners have spoken about what is unique about Supercars,” O’Donnell told Speedcafe.com.

“I think it was always in our best interest to take a look and talk to some folks about what is important in this series and everybody has been incredibly open.

“We are looking at our Gen-7 car and engine and how that evolves over the years and there are a lot of similarities here to what we do so I think sharing practices is always good.”

O’Donnell sees similarities between the V8-based Supercars and NASCAR series and believes there is plenty the latter can learn from Australia.

Both championships are set to welcome the Ford Mustang to its top tier next year.

“The two series are very similar in terms of what is being raced and what consumers are buying,” he said.

“It was interesting to find out how the Mustang project was put together. I’m excited to see how that will play out.”

Having never witnessed an event in the flesh, O’Donnell and Probst were particularly impressed by Supercars’ presentation and are hopeful NASCAR’s relationship with the championship will grow.

The pair, who will return to the track today, are keen to reciprocate the favor and invite Supercars management to future NASCAR events.

“I really have been impressed. I think all the operations are incredibly professional,” O’Donnell added.

“It is really interesting to see what is being shared between teams and the relationships they have, it’s been awesome.

“I’m not sure yet (what we will take away from it yet) but there are a lot of things that we have looked at.

“Most importantly, the openness and willingness to share ideas and relationships we are able to build.”

O’Donnell did however downplay the possibility of NASCAR ever holding a race in Australia including a road course event at The Bend Motorsport Park in the future.

A NASCAR sanctioned event was held in the country at Calder Park’s Thunderdome oval, courtesy of the 1988 Goodyear NASCAR 500, which ultimately proved to be a one-off race.

“I think we are probably a long way from that,” he added when asked about a race in Australia.

“When you look at this series they have got a pretty good thing going which is awesome.

“Some of the owners in NASCAR are racing over here as well which is great.

“For us, part of what makes NASCAR work is seeing all forms of motorsport work and that is part of our visit too to see what we can do to share some practices.”

The OTR SuperSprint continues today with a final 45 minute practice at 1035 ahead of Armor All Qualifying at 1315 followed by a race at 1620 local time. Speedcafe

NASCAR chiefs Steve O’Donnell and John Probst are due to be among a group of VIP guests at this weekend’s OTR SuperSprint at the new Bend Motorsport Park circuit.

The reason for the trip remains unclear at this stage although Speedcafe.com understands the pair have been in contact with the Confederation of Australian Motor Sport (CAMS) and Supercars and an itinerary has been organized.

The duo are thought to be the highest-ranking NASCAR officials to visit Australia since the category hosted an exhibition race at Calder Park in 1988.

O’Donnell has oversight of all operations at NASCAR’s research & development center and played a significant role in the introduction of the Gen 6 car.

It is not the first international racing visit for O’Donnell, who attended the NASCAR-themed American Speedfest event at Brands Hatch in 2015.

The inaugural OTR SuperSprint is due to begin on Friday. Speedcafe