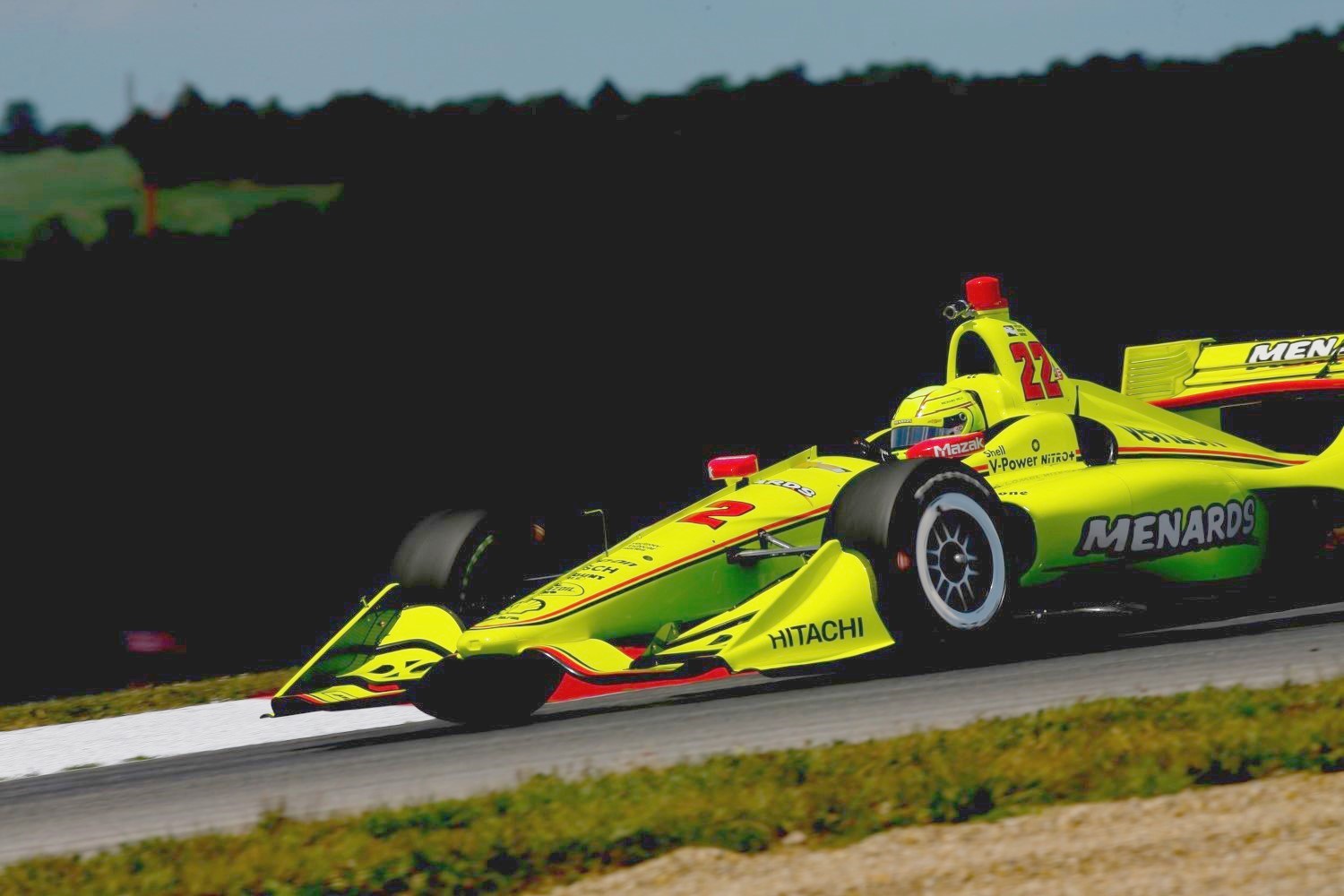 Going by Friday standards, it’s been an interesting day at the Mid-Ohio Sports Car Course. Between the first two Verizon IndyCar Series practice sessions for the Honda Indy 200 at Mid-Ohio, there were a total of 7 red flags. We asked around the paddock as to why there were so many stoppages.

I talked to 2016 series champion Simon Pagenaud about this and he noted the new car, and the difficulty many have had coming to grips with it. In particular, the driver of the No. 22 Menards Team Penske Chevrolet referenced the sensitivity of the new aero kit to the many undulations on what he calls a “real commitment track."

Chip Ganassi Racing Managing Team Director Mike Hull further elaborated on those undulations referencing the many blind corners of the track. “IndyCar is very cautious because you have a lot of blind corners," noting that Race Control is likes to go red quicker.

AR1 also talked briefly with Hull about Dixon’s 300th career start, and will share those thoughts in a later post.

AR1 bumped into former Mazda Road to Indy driver Juan Piedrahita this afternoon in the IndyCar paddock. The 25-year-old made 59 Indy Lights starts from 2014-2017 with a best finish of second last season at Gateway. Piedrahita told AR1 he is looking at making a move to the Verizon IndyCar Series.

“Next year," noted a seemingly optimistic Piedrahita, when asked whether we might see him in a car later in 2018. As for whether he may do a full season, Piedrahita noted, “I’d like to." But he also acknowledged that a partial season was more likely.

As for the team, Piedrahita might be driving for, we don’t know. But if you want to find the Colombian and ask him, he’s been spending a fair amount of time in the Dale Coyne Racing paddock area today.

Speaking of Lights drivers moving to IndyCar, we bumped into a prominent driver representative (who prefers to go unnamed) earlier today who represents drivers in both IndyCar and the ladder series. Indy Lights, of course, has been plagued by incredibly small fields this season. There are only 7 entries for this weekend’s Lights race. And according to this driver rep, those prospects may not be improving anytime soon.

“They’ve got a real problem," said this driver rep referring to Indy Lights. “With crash damage, you’re talking about a million-and-a-half (dollars) for a season. It’s just not worth it; better to just do 4 or 5 IndyCar races, and get more exposure."

Of course, one individual’s opinion does not make for a trend. But when you consider that winning the Lights title brings with it a $1 million scholarship, the idea of paying $1.5 million to possibly win $1 million doesn't make a whole lot of sense. This may at least in part explain the small fields for Lights, and certain drivers such as Zachary Claman De Melo opting for a partial IndyCar season over Lights. It also may be worth following whether more drivers take a partial-season approach in the future.

Pietro Fittipaldi is back in the car this weekend after breaking both legs in an accident at Spa earlier this season. We spoke to members of the team, who noted that young Fittipaldi was fine, and that his test here last week went well. However, when we saw him, he was walking with a significant limp in the paddock area. We’ll see how he holds up over the weekend.