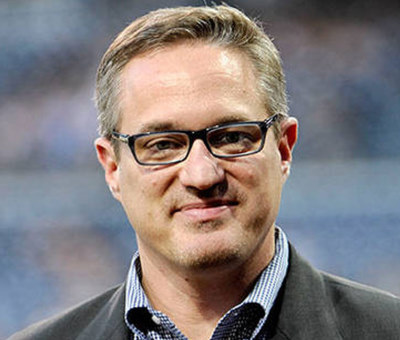 UPDATE This rumor is upgraded to 'fact' with today's official Announcement.

07/21/18 A former executive of Chip Ganassi Racing and NASCAR team owner has been named in official documents as the promoter of the Miami GP Motorsport.com reports.

Tom Garfinkel is also the vice-chairman, president and CEO of the Miami Dolphins, and also the Hard Rock Stadium that the NFL team uses.

Both are owned by RSE Ventures boss Stephen Ross, as is South Florida Racing, a New York-based company which has been set up to run the Miami event.

Garfinkel, who has a record for delivering big events, has clearly been identified by Ross as the man to help make the F1 race a success. He attended the recent Canadian GP as a guest of Liberty Media.

His previous experience in motorsport gives him a handy head-start, as he worked for Ganassi for five years, latterly as executive vice president of the IndyCar, NASCAR and GrandAm organisation, before leaving the company in 2006.

Subsequently he was a co-owner of NASCAR outfit Hall of Fame Racing, where his partners were NFL legends Roger Staubach and Troy Aikman, before its closure at the end of 2010.

He has an impressive CV, having worked for Texaco and Miller brewing, as well as gaining further sports management experience in baseball as president and CEO of the San Diego Padres, and COO of the Arizona Diamondbacks.

Since joining RSE Garfinkel has executed a $500m plan to renovate the Hard Rock stadium, and raised a similar amount in selling corporate suite space and sponsorship.

He has also helped to bring the 2020 Superbowl to Miami, while last year he oversaw a Barcelona v Real Madrid encounter, which is believed to be the most lucrative soccer match held on US soil.

07/21/18 (GMM) The new grand prix in Miami looks set to be postponed for a year [giving the protesting liberals a full year to kill it].

Liberty Media wanted the race to take place in 2019, but Auto Motor und Sport claims that after the latest political problems, 2020 may now be the likely start date.

The report said the F1 owners are now working on a revised 2019 calendar, with a draft due in mid-August.

Hockenheim might be an option for a replacement race for Miami, even though the German circuit has said it cannot afford the fee.

"But we are open to alternative financing models," said Hockenheim boss George Seiler.

Plenty of F1 drivers at the German grand prix this weekend said they hope Hockenheim does get a new deal.

"Of course it would be nice to continue, but it's above all a commercial question," said Nico Hulkenberg.

07/19/18 A key discussion on the proposed Miami Grand Prix has been pushed back to August to allow the city to gather more feedback from downtown residents.

The City Commission set aside a discussion on July 26 on Miami's 10-year deal to host a Formula One race, which it has been negotiating since a successful vote in May. The meeting was set to include a request for public funding from Governor Rick Scott and the Florida Legislature, despite previous suggestions the entire race would be privately funded — Miami Dolphins owner Stephen Ross has played a key role in securing the deal with F1.

However, the meeting will now take place after the City Commission's August recess after local opposition. According to the Miami Herald, local groups have raised concerns about potential road closures, traffic problems and the noise that the race and support events could create. Residents are also seeking clarification on the impact on local businesses in the areas earmarked to be set aside as race track for the weekend.

City Manager Emilio Gonzalez told the Herald the delay would not derail plans to hold the first Miami race in 2019.

The original agenda had revealed a revised track layout to the proposed circuit, removing the controversial portion of the track which went through a waterfront park area around the American Airlines Arena. This layout is still subject to change.

The agreement the commissioners were set to vote on also stated that the race would take place between October 5 and November 15 every year, with an option for a further 10-year extension which would have to be activated by mid-2026.

There will also be an annual Fan Fest in the build-up to each event — this year the city will hold one between October 17-21. Nate Saunders/ESPN

07/11/18 Formula One’s plan to hold a Grand Prix on the streets of Miami has hit the skids as it has emerged that a contract for the race was not finalized by the July 1 deadline given by the City Commission reports Christian Sylt of Forbes.

In May, Miami’s City Commissioners voted to negotiate with F1 about hosting an annual race for a decade from next year. Their resolution, which can be found here, stated that the City Commission “directs the City Manager to continue to work to formalize the Host City Agreement (‘Agreement’) between the City of Miami and Formula One World Championship Limited and to finalize the Agreement no later than July 1, 2018."

However, Stephanie Severino, deputy director of Miami’s office of communications, says that “as of right now a contract has not been finalized." It is unclear why the contract has yet to reach the finish line, but the plan for the race has fueled significant opposition in just the few months since it was announced.

The tension is clearly accelerating as Althabe says that at a recent meeting “the representative of the promoter said to us in reference to residents involvement in the negotiations: ‘it’s not your park, it’s everybody's park’. Well, it happens that we think exactly that but we end on a different conclusion: it is everybody’s park, so companies cannot close it for their for profit events unless the residents see the closure as a positive use of ‘everyone's space’."

Liberty hasn’t signed a single new race since it got the keys to F1, so it's desperate to land Miami. [Editor's Note: Good luck with that City full of liberals, they'll kill anything. Wait for the protests to begin.]

06/25/18 One of Miami’s most influential residents’ associations has revealed that it is weighing up whether to lodge opposition which could give the red light to the proposed Formula One Grand Prix on the streets of the city.

Last month Miami’s City Commissioners voted to negotiate with F1 about hosting an annual race for a decade from next year. They committed to drafting a contract by July 1 but the Biscayne Neighborhoods Association (BNA) says it may take action to prevent it from being approved.

F1 officials and local government met the BNA earlier this month and Althabe says that the lack of progress since then has fueled doubts.

“We have been disappointed on the follow through. There was only one conference call after that and it was not with any representative of F1 but it was with a representative of the promoter who could not give any new information…They committed to have meetings with us regularly before the July 1st date when the City Manager will present a negotiated contract to the City Commission for approval…The meetings would be also to discuss the economic benefits to the City that were very unclear."

The economic impact of F1 races varies greatly depending on the methodology used to measure it and the location. Street races usually generate more tax Dollars for a city because of the high concentration of hotels, shops and restaurants that are used by the spectators. However, they also tend to attract more locals than spectators from out-of-town due to the race taking place on the doorstep of a high population density. This can dent the economic impact if the calculation is based on spending by visitors who wouldn't usually be in town.

Residents and the authorities may feel that F1 and Billionaire Stephen Ross should foot this bill given that they have such high-octane resources and seem to need the Grand Prix more than Miami does. The race could face an uphill struggle as the BNA isn't the only one gearing up for opposition.

As we recently revealed a group of residents has forced F1 to change the course of the track in order to avoid a contested area of parkland. Yesterday's report in the Herald confirms that the track has been re-routed to avoid this but it is still racing into a storm.

On Wednesday a group of 11 residents sent a cease and desist order to Miami's City Hall demanding that it bring the negotiations over the race to a stop. The gridlock has been caused by the track passing through a peaceful area known as Bayfront Park which residents say will breach noise regulations.

Ominously for F1, a recent article in sports publication Autosport quotes Miami Commissioner Joe Carollo saying that not only did he expect residents would sue but “they’re probably going to win." More at Forbes.com on the economics of F1 street races.