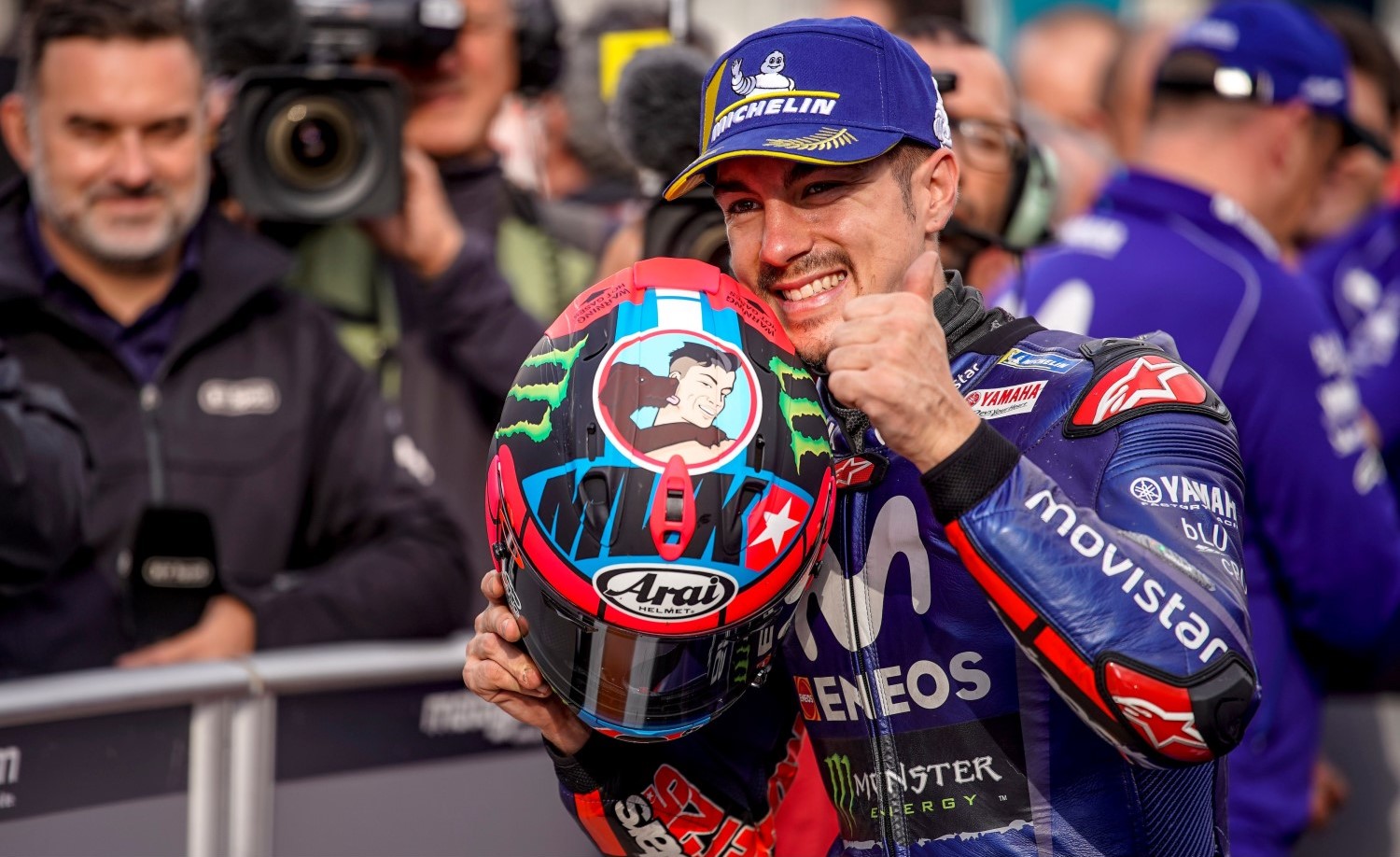 After a crash at turn 4 interrupted his first qualifying attempt Marc Marquez suffered suffered a dislocated shoulder but was able to quickly recover and mount his second bike but it was not good enough to take pole on this day.

In Q1 Vinales had a strong first hot lap that saw him put his YZR-M1 in second place, but he was pushed back to third when the pace picked up. The Spaniard wasn't shy to respond with a 1'32.418s lap, putting him at the top of the provisional rankings and giving him a 0.593s advantage to his closest rival at the time.

[adinserter name="GOOGLE AD"]He re-entered the track after a pit stop of just over a minute. When three and a half minutes remained, the fight for a place in the top-2 heated up, but the Yamaha rider was ready to push. He was one of the first riders to drop under the 1'32s mark today and secured second place with a 1'31.858s lap.

The local hero exited pit lane late at the start of the Q2 session, as he needed a bit of time to make some changes to the bike after the previous session had come to a close only ten minutes earlier. His first lap briefly put him in fourth place, but he soon found himself in tenth. Vinales improved his best lap of Q1 thus far, but still entered pit lane holding eighth position. However, he was just getting warmed up.

After a quick look at the provisional times, he entered the track meaning business. He clocked a provisional pole and, to keep the first place in his grasp, posted a 1'31.312s immediately after. As the checkered flag went out, nobody was able to challenge him. He ended the session with a 0.068s lead, thus securing his first pole position since the 2017 Grand Prix of Aragon.