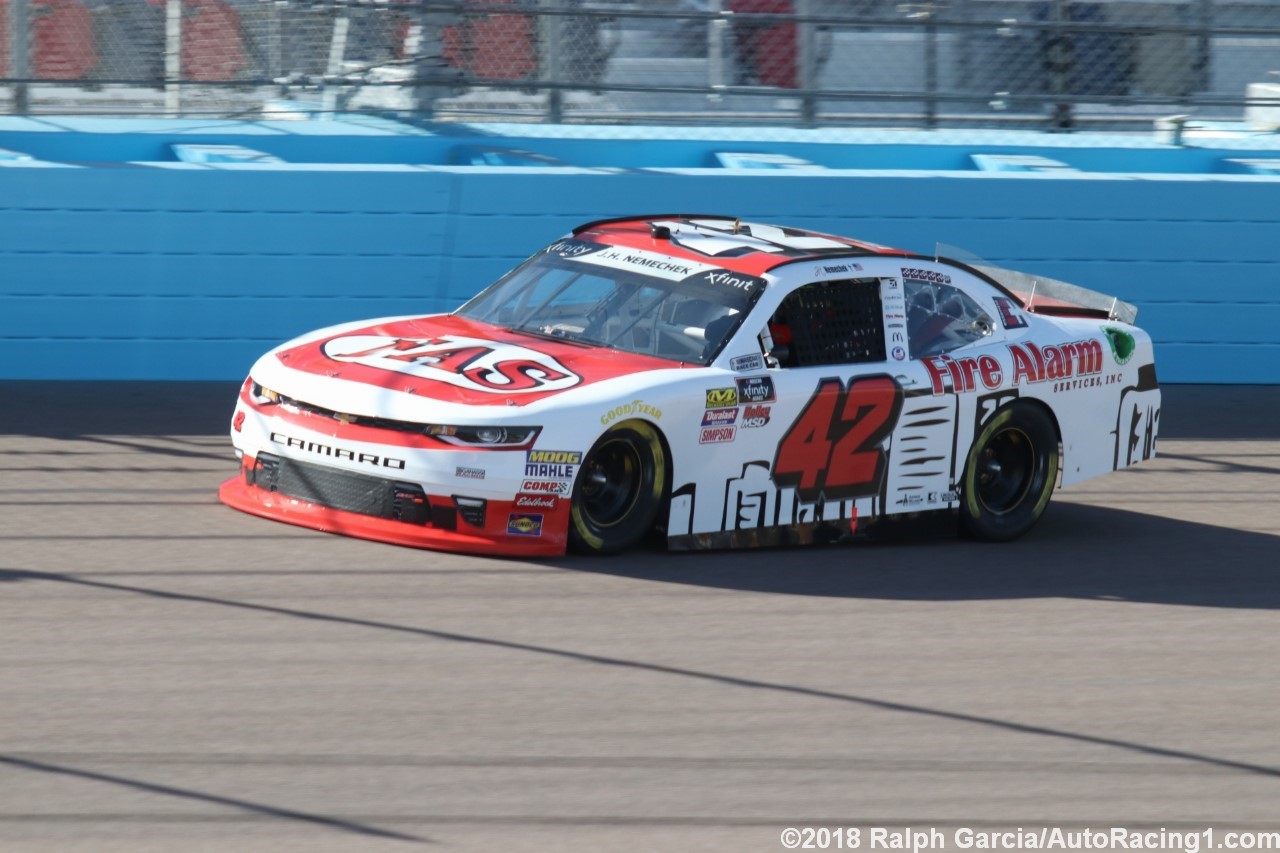 John Hunter Nemechek will start from the Xfinity pole at ISM Raceway beating Cole Custer and Austin Cindric in final round qualifying.

Nemechek is not a playoff driver and looks to play spoiler with a top speed of 133.482 mph.

[adinserter name="GOOGLE AD"]“It feels good," Nemechek told NBCSN. “We came here with the mindset to try and qualify on the pole. … We unloaded not really good yesterday so we only got to do one mock (qualifying) run and it wasn’t that great."

The pole comes a day after Chip Ganassi Racing announced Ross Chastain will drive its No. 42 Xfinity car full-time next season.

Tyler Reddick (14th) was the only playoff driver who made a qualifying attempt to not advance to final round.

View the full NASCAR Xfinity Series starting lineup for Phoenix at ISM Raceway below. The green will drop on the Whelen Trusted To Perform 200 in just two hours time.