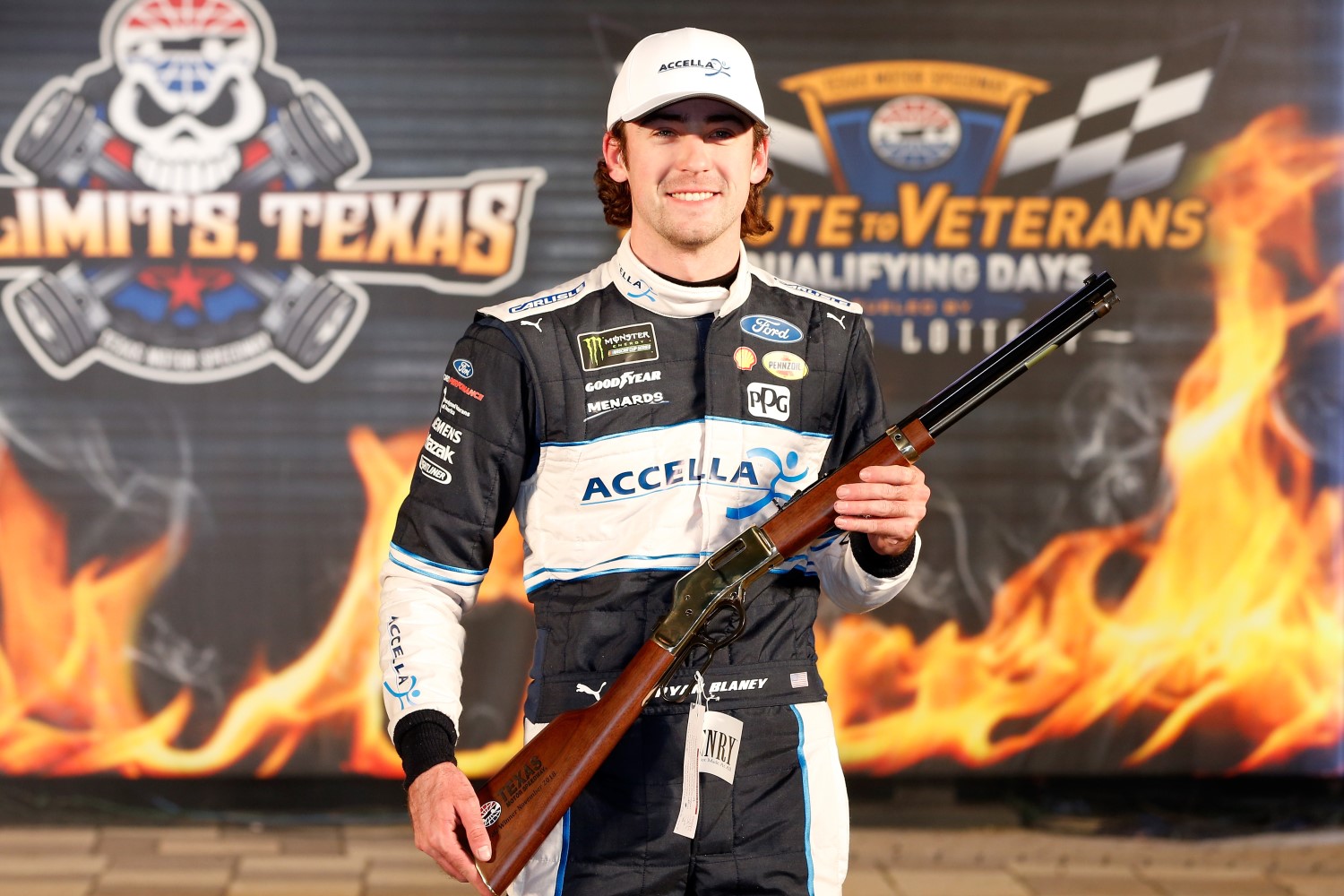 Two of the playoff drivers did not advance to the final round: Martin Truex Jr., who qualified 13th in the No. 78 Furniture Row Racing Toyota, and Chase Elliott, who qualified 16th in the No. 9 Hendrick Motorsports Chevrolet. Elliott enters Sunday’s race ranked sixth among the eight playoff drivers, 31 points below the cut line; Truex is third, 25 points above the cut line.

The red flag came out briefly near the end of Round 1 when No. 38 David Ragan spun coming out of Turn 4 and through the infield grass. He had qualified 27th before the incident.

Sunday’s running of the AAA Texas 500 at Texas Motor Speedway will air on NBCSN and the NBC Sports App beginning at 3:00 pm ET. The green flag is expected to waive at 3:16 pm ET. The AAA Texas 500 is scheduled to go 334 laps which equals to 501 miles.

Kyle Busch is the most recent MENCS winner at Texas while Kevin Harvick went to victory lane here last fall.

Failing to qualify was Timmy Hill.
# DENOTES ROOKIE
(I) NOT ELIGIBLE FOR POINTS
(*) REQUIRED TO QUALIFY ON TIME