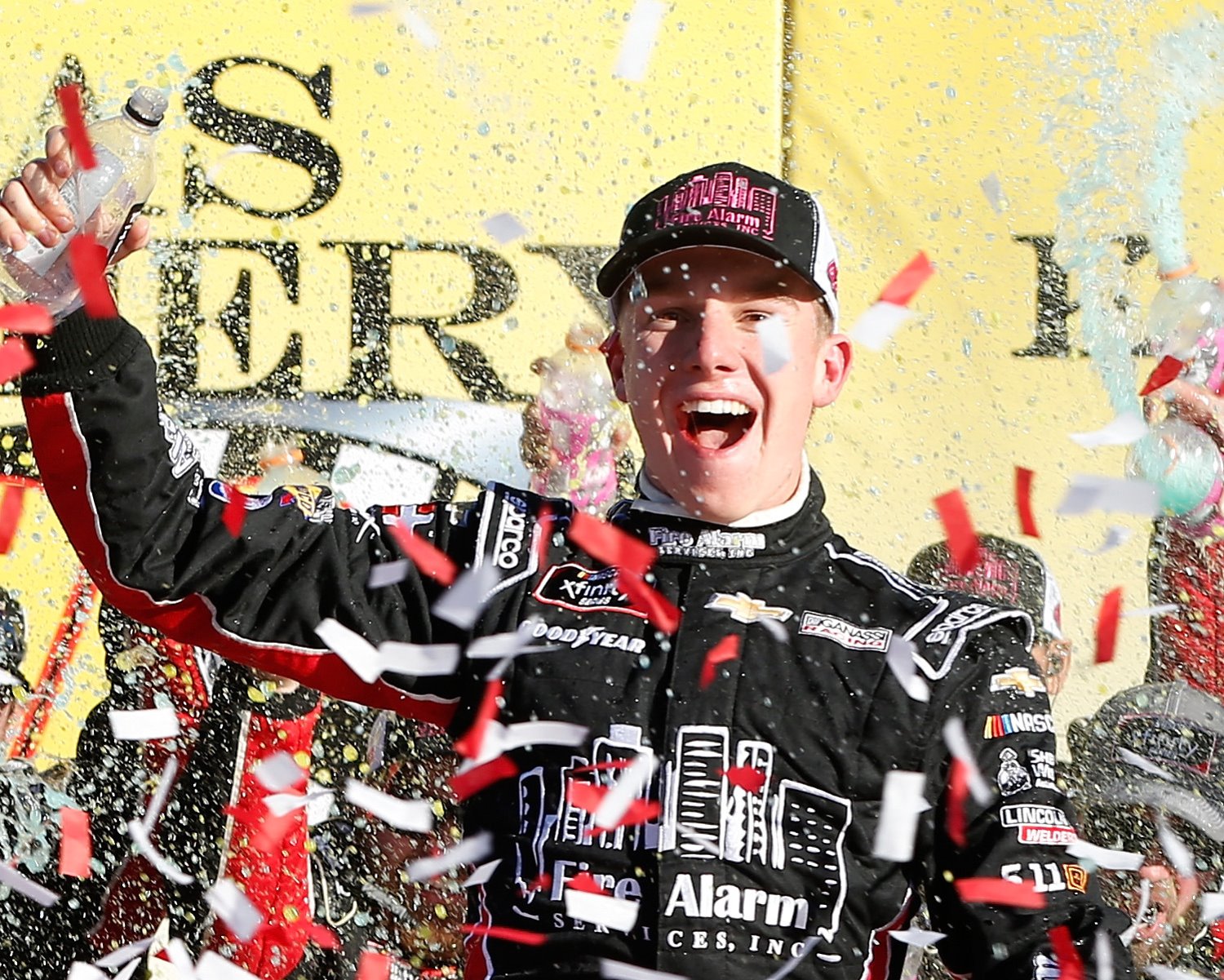 Nemechek led 64 of 200 laps in the Kansas Lottery 300, the opening race in the series’ postseason Round of 8. The 21-year-old driver overcame an extra pit stop to tighten lug nuts, rallying from sixth place on the final restart to surge ahead of Daniel Hemric with 30 laps remaining.

Hemric was the hard-luck runner-up again, finishing second for the fourth time in his Xfinity Series career without a win. Hemric started from the pole and led a race-high 128 laps, but was unable to fend off Nemechek’s final charge.

Nemechek is running a partial season in the Chip Ganassi Racing No. 42 Chevrolet and is not eligible for the championship. The Nemechek victory denied Hemric’s hopes of automatically advancing to the season-ending title race Nov. 17 at Homestead-Miami Speedway for the second straight year.

Four of the remaining eight championship-eligible drivers were tangled up in a Lap 1 crash that unfolded in Hemric’s mirror shortly after the green flag flew. Justin Allgaier lost control of his No. 7 JR Motorsports Chevrolet, sliding into the No. 20 Joe Gibbs Racing Toyota of fellow postseason contender Christopher Bell in Turn 2.

Several cars in close formation piled in behind them, including playoff hopefuls Austin Cindric and Cole Custer. Of the four postseason drivers, only Custer was able to continue. Michael Annett, Chase Briscoe, Ross Chastain, Spencer Gallagher and Ryan Truex were also involved.

Bell finished 37th with Allgaier 38th and Cindric 39th — all damaging results for their playoff chances. Custer limped home in 26th place, losing several laps to repairs and a replacement of the power steering unit.

The series’ next event — the fifth in the seven-race playoffs — is scheduled Nov. 3 at Texas Motor Speedway.