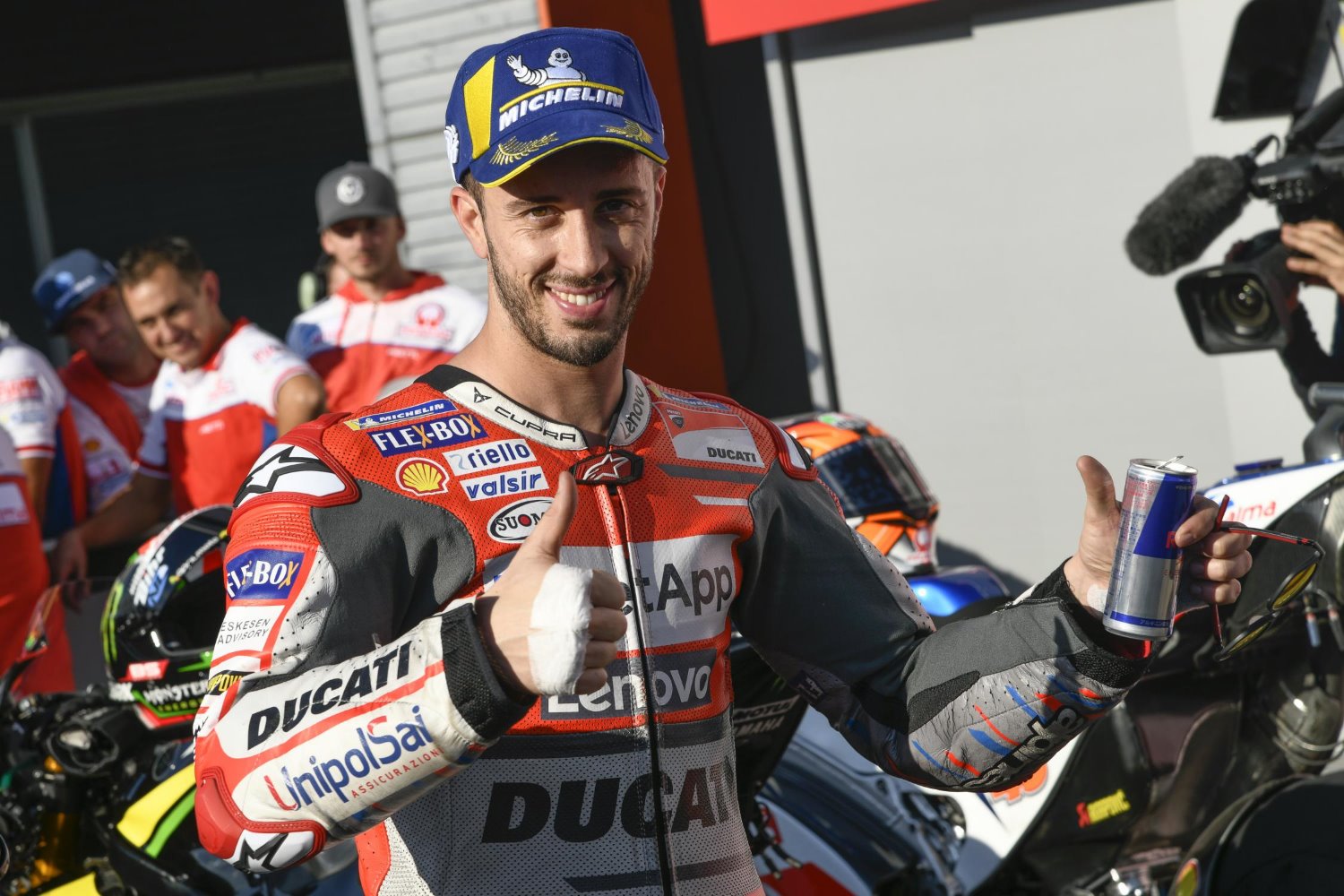 However, Marc Marquez (Repsol Honda Team) had to settle for a P6 starting position, setting himself up for a risky opening few laps if he’s to take his seventh World title in Motegi by finishing ahead of Dovi.

It was Cal Crutchlow (LCR Honda Castrol) who sat on provisional pole after the riders put in their first set of lap times, the Briton nearly two tenths clear of the field, but his stranglehold at the top wouldn’t last long. In typical fashion, Marquez came out the blocks with all cylinders firing on his second run, the Spaniard shooting to the top of the timesheets to set a new benchmark time of 1:44.889 – a time that would be beaten.

[adinserter name="GOOGLE AD"]From out of nowhere, Miller then took over at the summit with Crutchlow shortly following the Australian over the line – P2 for the Honda rider was the best he could do as Miller crashed at Turn 5 shortly after. The action though was far from over as Dovizioso put his Desmosedici in P1 by 0.137. Then, lighting up the timing screens was a certain Frenchman who was out to grab a first pole position since Le Mans. Zarco though, like he had done all weekend, couldn’t quite hold his advantage in the final sector – a P2 grid slot for the Yamaha rider still a very strong result.

Meanwhile, just as we thought the grid had been decided, Andrea Iannone (Team Suzuki Ecstar) laid down the rubber to put in a personal best lap good enough for P5. This, potentially crucial for Dovizioso, pushed Marquez down to the outside of the second row to set up a what could be a barnstorming first lap of the race – 0.299 separating pole man 'DesmoDovi' to Marquez in sixth.

Maverick Vinales (Movistar Yamaha MotoGP) will launch from P7, two and a half tenths back from Marquez, with Alex Rins (Team Suzuki Ecstar) and Valentino Rossi (Movistar Yamaha MotoGP) completing row three. Can this trio get themselves into the mix to fight for a podium? Q1 graduate Alvaro Bautista (Angel Nieto Team) rounds out the top ten on board his Ducati machine, with Dani Pedrosa (Repsol Honda Team) P11 on his final Japanese GP appearance, ahead of home hero Takaaki Nakagami (LCR Honda Idemitsu) on his first Japanese GP outing on a premier class machine. The rookie managing to get through Q1 for the fourth time this season.

“In FP4 I crashed on the bike that I was feeling very strong and constant with, while my second bike had quite a different setup that I didn’t like as much," said Marquez.

"We had no time to change it, so I started qualifying expecting to struggle a bit, although still with the aim of earning a start position on the front two rows. That said, we know that our race pace is good for tomorrow, and we’re happy with that. We’ll try to start well, and then we’ll see where we are at the end of the first lap; from then on we’ll try and manage the race well, with the target of getting on the podium and, if possible, of fighting for the victory."

A magnificent Twin Ring Motegi qualifying sees a mouthwatering grid shape up for what looks like it will be a classic joust in Japan. Will Marquez risk everything from P6 to try and claim the title, or will it be Dovizioso putting the title celebrations on hold?