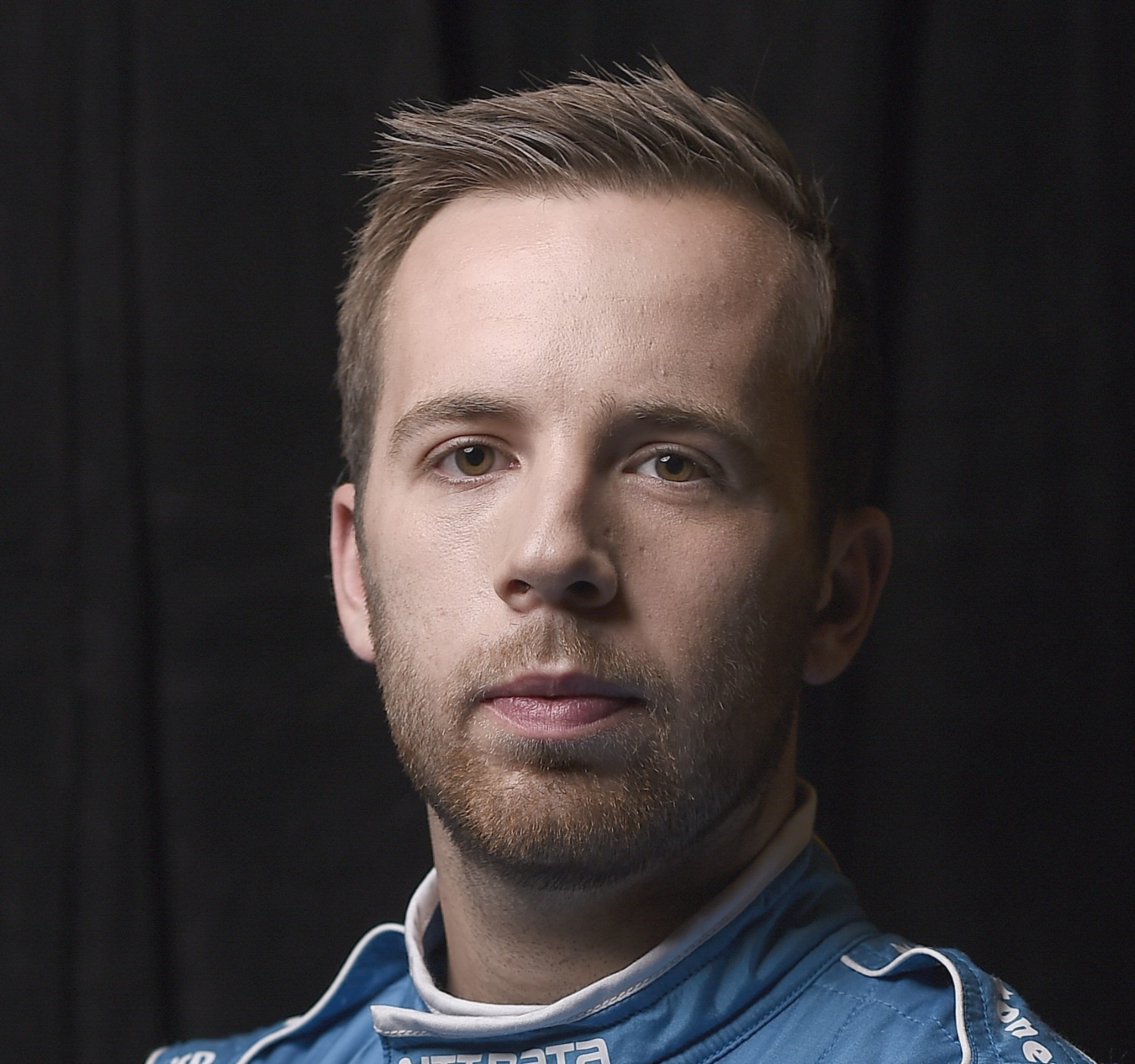 (INDIANAPOLIS) – Ed Carpenter Racing and Scuderia Corsa will combine their efforts to field Ed Jones in 13 of 17 events on the 2019 IndyCar Series schedule, team officials announced today. The 2019 season will see Jones compete in all road and street course events in the No. 20 Ed Carpenter Racing Scuderia Corsa Chevrolet. Additionally, ECR and Scuderia Corsa will field the No. 64 for Jones in the 103rd Running of the Indianapolis 500. Jones will race alongside team owner Ed Carpenter, oval driver of the No. 20, and Spencer Pigot, full-time driver of the No. 21 Chevrolet.

“Joining Ed Carpenter Racing and Scuderia Corsa for the 2019 IndyCar Series is a fantastic opportunity to be a part of!" remarked Jones. “Both ECR and Scuderia Corsa have been successful in their respective series and I feel the combination of forces will be greatly beneficial. I’m extremely excited to get underway!"

Born of English descent in Dubai, Jones began his racing career in local karting competitions at age 9. He moved to single seaters in 2011, climbing up the European ranks. In 2015, Jones shifted his focus to North America and transitioned to Indy Lights. The next year, he won the championship and secured himself a place in the 2017 Verizon IndyCar Series field. His first two Indy car races resulted in Top 10 finishes, but it was May when he burst onto the scene with a third-place finish in his Indianapolis 500 debut. His year-long performance with Dale Coyne Racing earned him 2017 Rookie of the Year honors. Driving for Chip Ganassi Racing in 2018, Jones scored eight Top 10 finishes in the 13 races in which he was running at the finish. His sophomore season also featured two more podium celebrations with third place results at Long Beach and Detroit. The races which will make up the 23-year-old’s third season of Indy car competition will include the 12 road and street course events and the 2019 Indianapolis 500.

[adinserter name="GOOGLE AD"]The No. 20 and the No. 64 entries for Jones are the result of a relationship between Ed Carpenter Racing and Scuderia Corsa. Scuderia Corsa’s partnership with ECR will be the next step in the Las Vegas-based team’s expansion into open-wheel racing. Scuderia Corsa was founded by Giacomo Mattioli and Art Zafiropoulo in 2012 with the primary purpose of supporting racing needs of Ferrari clients. The team entered GT competition in 2013 and tasted success immediately, winning the championship in their first season. Numerous championships followed across multiple North American series, as have podium finishes in sport car racing’s most prestigious events and achieving more than 100 sportscar victories in only six years – including wins at the 24 Hours of Le Mans, the 12 Hours of Sebring, 10 Hours of Petit Le Mans and 6 Hours of Watkins Glen. Scuderia Corsa made their initial foray into open-wheel racing at the 2018 Indianapolis 500, aligning with Rahal Letterman Lanigan Racing to field Oriol ServiÃ  in the No. 64. A bold strategy vaulted ServiÃ  to the front of the field, where he held the lead of the 500-mile race until only eight laps remained.

“As we expand our racing efforts in the IndyCar Series I couldn’t think of anyone better than Ed Jones and Ed Carpenter Racing. We are thrilled to join them!" stated Giacomo Mattioli, Scudeira Corsa Team Principal.

With his team’s newest driver solidified, Carpenter is more eager than ever to begin the 2019 season. “I am very excited to welcome Ed Jones to the ECR family, as well as Scuderia Corsa and Giacomo," commented Carpenter. “I was very surprised when Ed became available at the end of the season. I look forward to working together to get ECR back in Victory Lane!"

Ed Carpenter Racing now retains two of the four most recent Indy Lights champions. Pigot’s 2015 Indy Lights championship was the precursor to Jones winning the same title in 2016. Pigot, from Orlando, Fla., has spent the majority of his Indy car career with Ed Carpenter Racing with only four of his 39 starts occurring outside of ECR. The 2019 season will be the 25-year-old’s fourth with ECR and second full-time in the No. 21. Team owner and Indianapolis native Carpenter, 37, will remain the oval driver of the No. 20 Chevrolet for his 17th year of Indy car competition. ECR will enter Carpenter, Pigot and Jones in the 103rd Running of the Indianapolis 500 with Jones moving to the No. 64 Ed Carpenter Racing Scuderia Corsa Chevrolet.

Jones is looking forward to joining ECR as the Indianapolis-based team makes another run at their hometown race. “Ed Carpenter Racing has shown amazing speed the last few years at the Indianapolis 500. You can always expect the ECR cars to be at the front," said Jones. “I am really grateful for this chance and will do everything I can to make sure we, as a team, make the most of it!"

Formed in late 2011, ECR entered the Verizon IndyCar Series full-time in 2012. The team has shown versatility by earning seven wins on each style of track the series competes on – street and road courses, short ovals and speedways. The team currently boasts 25 Top 5 finishes, 19 of which have been podiums. When Carpenter earned the coveted first starting spot for the 2018 Indianapolis 500, the only owner/driver in the Verizon IndyCar Series became just the 10th driver in the 102-year history of the race to earn three or more pole positions. ECR Chevrolets have started on the front row of the Indy 500 in five of the past six events. In the previous three years, ECR has two Top 3 results in the 500-mile race, including Carpenter’s runner-up finish this year.

Jones will be trackside at the Indianapolis Motor Speedway today as Carpenter tests the No. 20 Chevrolet at the 2.5-mile oval. Ed Carpenter Racing is in the process of finalizing the remainder their off-season testing program, which will include Jones’s first time in the No. 20. The 2019 IndyCar Series season will open March 10 in the Streets of St. Petersburg, Florida. The 103rd Running of the Indianapolis 500 will take place on May 26, 2019.

Ed Jones followed up his 2016 Indy Lights championship by earning the 2017 IndyCar Series Rookie of the Year honors. In his 2018 campaign, the 23-year-old scored eight Top 10 finishes in the 13 races in which he was running at the finish. His sophomore season also featured two more podium celebrations with third place results at Long Beach and Detroit.

About Ed Carpenter Racing
Ed Carpenter Racing (ECR) first entered the Verizon IndyCar Series in 2012. The Indianapolis-based race team has proven its versatility by collecting seven wins on each type of track the series competes on – street and road courses, short ovals and speedways. ECR is led by IndyCar’s only owner/driver, Ed Carpenter, three-time pole winner for the Indianapolis 500 (2013, 2014 and 2018). In 2019, Carpenter will race at all oval events in the No. 20 Chevrolet while Ed Jones will take over for the road and street courses. Both will be entered in the 2019 Indianapolis 500 alongside Spencer Pigot, who will compete for the IndyCar Series championship as he races the No. 21 Chevrolet throughout the entire season. More information on Ed Carpenter Racing may be found at http://www.edcarpenterracing.com/.