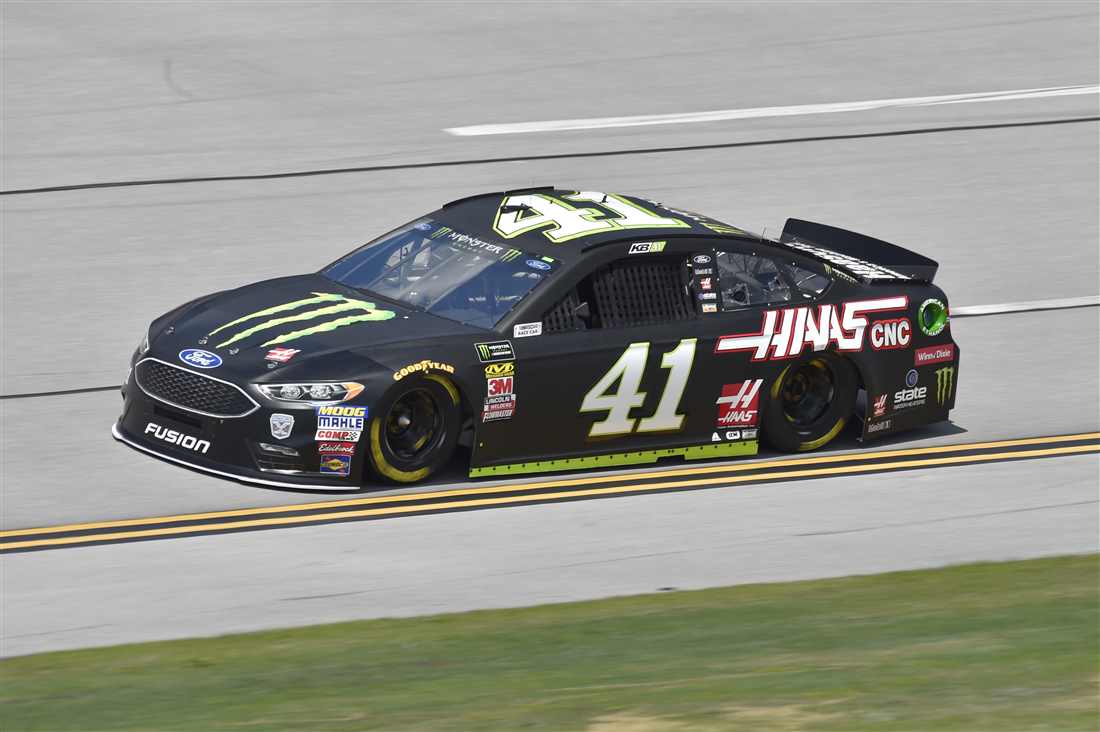 Kurt Busch was just glad he got the pick of the litter.

“Four Stewart-Haas Fords — I’m really happy that I got the fast one," Busch quipped after winning the pole for Sunday’s 1000Bulbs.com 500 (2 p.m. ET on NBC, MRN and SiriusXM NASCAR Radio) and leading an SHR sweep of the top four starting spots for the second race in the Monster Energy NASCAR Cup Series Playoffs’ Round of 12.

“We’re on the pole!" Busch said. “This is my first restrictor-plate pole ever. Ever! It took me almost 20 years. I got one!"

“With Stewart-Haas cars 1-2-3-4 at this race in the playoffs, it really sets the tone," Busch said. “Now we’ve got to execute on Sunday."

The time trials, however, were a tale of two organizations, not just one. Behind the four SHR entries were all four Hendrick Motorsports drivers, with last week’s Dover winner, Chase Elliott, leading the way into the fifth starting position. Jimmie Johnson, Alex Bowman and William Byron were close behind.

“With all four guys in the top 12, it’s a strong showing for us," said Byron, whose lap time of 49.420 seconds (193.768 mph) was identical to Bowman’s. “That should be good for Sunday. Qualifying doesn’t reflect totally on how things will shake out Sunday and how you are going to race. But it should be fine.

“With the four of us together at the start, we have an opportunity to stay in front of some of the possible situations, but you don’t control much out there, and everything gets so shuffled during the race, it’s hard to know. But I feel good about where we are right now. We’ll see what happens."

All four SHR drivers are competing for the series championship. Elliott and Bowman are still title contenders for Hendrick.

“You always want to make the second round, and you hope you can do a little better," said Truex, who has never won a restrictor-plate race. “We thought we picked up some speed, and we gained one spot, beat the 17 (12th place qualifier Ricky Stenhouse Jr.).

“Better than none, and we’ll go get them tomorrow."

With the playoff field set to be cut from 12 drivers to eight on Oct. 21 at Kansas Speedway, Bowyer and Almirola currently are tied for ninth in the standings, 10 points below the cut line.

The No. 72 Chevrolet driven by Corey LaJoie failed post-qualifying inspection and will go to the rear on Sunday.