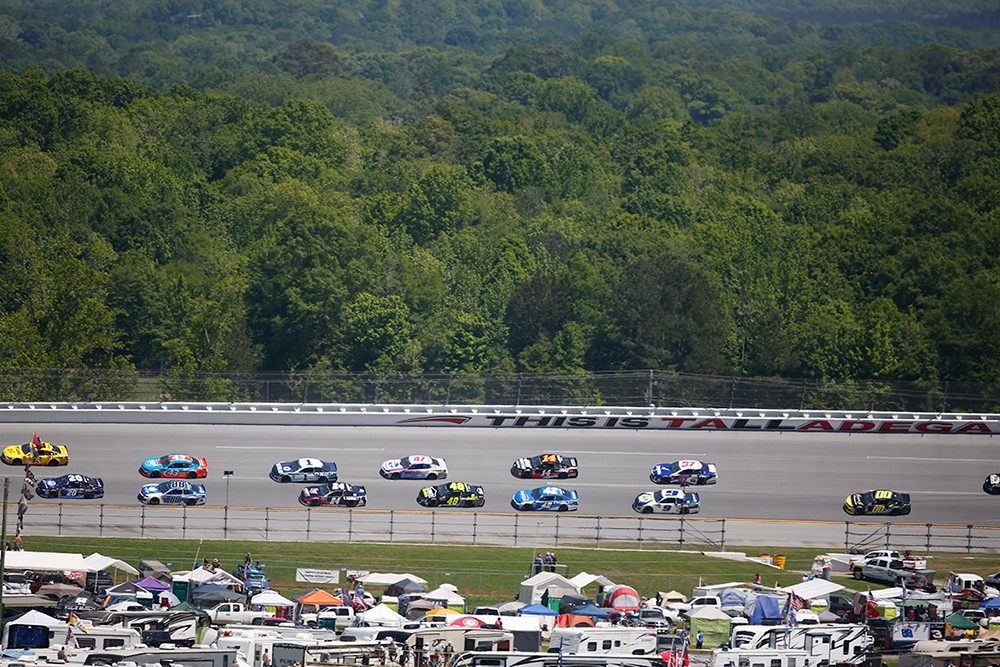 Since September of 1969, Talladega Superspeedway has been the place for heart-stopping racing entertainment. With the draft keeping drivers tightly together at 200 mph, it is no surprise that the track has earned a name for itself as NASCAR’s Most Competitive track. The 2.66-mile tri-oval boasts several of the sport’s records, including 88 lead changes (twice) and a tie for the closest finish in a points race when Jimmie Johnson beat Clint Bowyer by 0.002 seconds in the 2011 GEICO 500. The competition is so intense that races at Talladega are often considered unpredictable as the mammoth track has produced its share of the most unexpected winners, and a few crazy “Big One" incidents along the way.

One fascinating statistic that truly shows how fierce the racing is at Talladega is the number of passes for position that occur through the field during a 500-mile event. It does not receive much attention, but it offers some extraordinary insights.

If we take a look at a compilation of races, below are some spectacular tidbits of green flag passes:

[adinserter name="GOOGLE AD"]We can break it down even further to per lap averages in Talladega’s 188-lap events.

Let’s narrow the scope to how many green flag passes are made by individual drivers:

By looking at green flag passes specifically for the lead, it is easy to see why maintaining a lead at Talladega is difficult:

In-depth facts like these prove why Talladega is known for some of the world’s best racing. Whether fans are watching drivers compete for the lead or for 30th position, there is so much parity and action throughout the field during every lap NASCAR runs at Alabama’s famous motorsports complex that it’s hard to decide which battles to watch!

Fans can come experience this nonstop thrill ride for themselves in just a few days during Talladega Superspeedway’s doubleheader NASCAR Playoff weekend from Oct. 12-14, which will feature the Monster Energy NASCAR Cup Series 1000Bulbs.com 500 and Fr8Auctions 250 NASCAR Camping World Truck Series events! And after it’s over, they will know why Talladega sports the prominent title of NASCAR’s Most Competitive track!