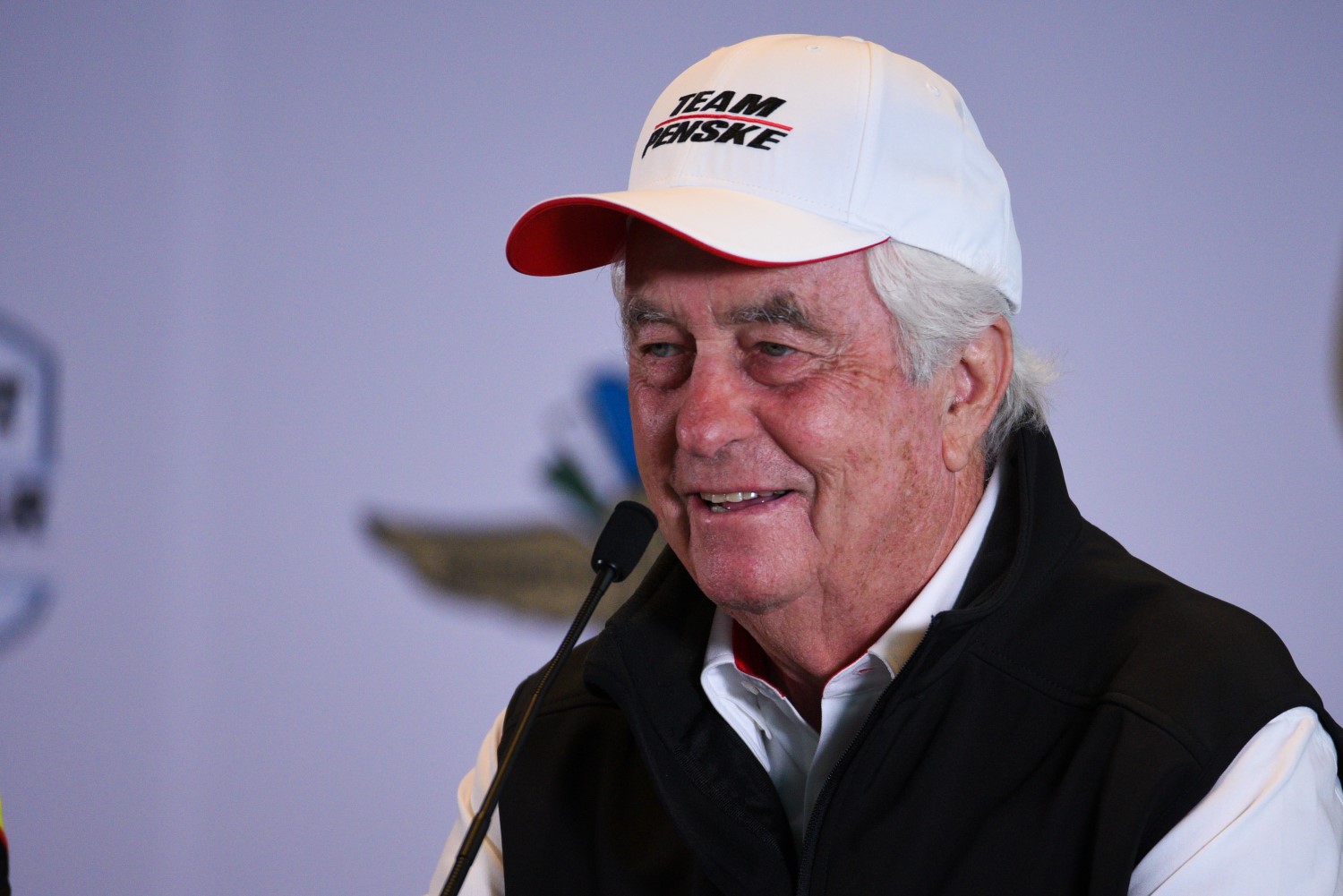 Call it the Team Penske Unfair Advantage. The top two finishers in Saturday’s Honda Indy Grand Prix of Alabama virtual race had their real Penske race engineers helping them throughout the 45-lap contest – and it showed last week and again this week.

“For me, working with Jonathan was awesome," McLaughlin said to a question posed by NBCSports.com. “I haven’t worked with him. The first time I really heard him on the radio was at COTA (the Circuit of the Americas in Austin, Texas, where testing was held in early February). He’s not my main guy on the radio. I have another guy that helps me out, who will be calling the races, if I do one. But Jonathan is my engineer.

“To be able to communicate to him about the car, where I’m at, was really good. I think that’s probably the main benefit of the whole thing.

“It’s the first time this week I had my engineer, unlike last week where I was doing the fuel numbers in my head. Having Jonathan Diuguid from Team Penske helping me out, he helps me in IndyCar in real life, was really cool, a good way for us to get to know each other as well.

“We worked hard on the fuel, what we were going to do. To do the two stop I think worked out better for us. Thankfully we got lucky with some traffic and a few crashes behind us."

Second-place finisher Will Power had his longtime engineer, David Faustino, helping him Saturday at Barber. Faustino has worked with Power longer than anyone else in his impressive racing career in the real world.

"We actually learned something in this last race, how important the communication is to me," Power said to a questioned asked by NBCSports.com. “When Dave said, ‘Keep pushing’ or ‘Focus on your lap time, we can still win this thing,’ I thought he meant focus. It wasn’t like, ‘Hey, there’s still a pit sequence.’"

In the real racing world, drivers and engineers meet in the engineering room for what is called a “debrief." After Saturday’s iRacing event, Power and Faustino had a “virtual debrief."

“After the race, we talked about it," Power said. “I told Dave, ‘You need to tell me there’s still sequence coming on.’ He would say, ‘Someone can be coming out in front of you, you actually need to push.’

“It’s actually some good learning stuff that we actually will use in real life.

“From a strategy standpoint, you’re talking to the guy that you’re going to be working with on the real stand. That’s a benefit. It would be a big benefit for Scott because everyone is new to him on the IndyCar side."

“I’m doing this racing purely to get to know how these guys race," McLaughlin said. “I know it’s a little bit different out there. You get to race people and get to know them, all that sort of stuff. I’ve really enjoyed that part. That’s why I’m up at 2:30, 3 a.m. in the morning Down Under.

“It’s an iRace, but we take it seriously. The main objective for me in my life is to be successful in the real thing. If I ever get the opportunity. I’m doing this iRacing, I’m sure everyone else is as well, is purely to learn and get better and better and better. I really feel it helps me as a driver. That’s sort of why I’m doing this.

“Yeah, this win is up there. It’s a very cool achievement, but I want to do it in real life."

“It always depends on where you start," Power said. “For us, because we started at the front, running at the front, we needed something pretty straightforward.

“This definitely makes it more interesting for the fans. I think what would have been really cool if they threw a yellow like 10 to go, then some people take tires, some don’t, it would definitely create a lot of action."

“I think that they need to have yellows in these races to make them interesting, so it doesn’t string out," Power said. “Then we would have a few different strategy options if you happen to end up at the back so you can come through and win. It will make it better for the fans.

“We just want to put on a good show. It’s obviously online racing. We do somewhat take it pretty seriously because our sponsors are watching, a lot of people are watching. It’s about keeping INDYCAR out there and making it interesting for people in this time where everyone is kind of stuck in their house."

A key point in the race came when Scott Speed was driving the No. 98 Andretti Autosport Dallara-Honda in front of the field. He was utilizing a fuel strategy, trying to stretch it to the end. Speed’s fuel-conversation pace wasn’t enough to fend off the charge from the two Penske drivers.

It was Faustino’s engineering that informed Power where he was in position to the rest of the field.

“I wasn’t aware that Scott was on that strategy," Power admitted. “I actually thought Sage Karam was still leading. My engineer said, ‘Just focus on your laps, we can still win this thing.’ I thought he was just being, ‘C’mon, don’t worry about anything else.’

“What he was saying was, ‘You need to push out some laps.’

“I think we could have made that a little bit more tight, but I’m still really happy with second. My aim was to be mistake free. I didn’t really make any mistakes, executed the whole race."

“I won a (virtual) race last night at Indianapolis, and I felt like I won a race," Power admitted. “I was really happy to win that race. It’s like really, really enjoyed it.

“Man, like I was actually a little nervous before this race today because I always thought it was the danger that you got the nerves for but it’s actually the competition. Got butterflies going in to compete.

“Before the Indy 500 you’re almost sickly nervous, but it’s not like because you could have a big (indiscernible) at these speeds, it’s because you’re competing for one of the biggest prizes in motorsports. That was interesting to understand that mental side of it."