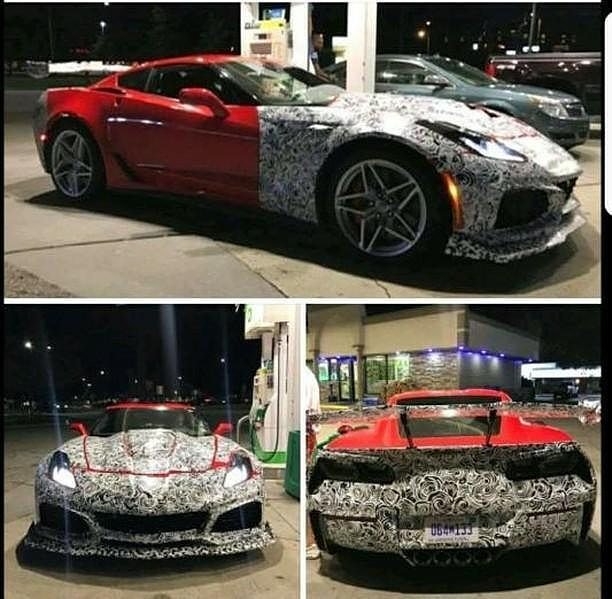 The Chevrolet Corvette C7 is an evolution of its predecessor but the next-generation model promises to be revolutionary.

It’s widely known that the car is finally making the switch to a mid-engine layout but Car and Driver has compiled an assortment of tantalizing new details about the upcoming sports car.

Set to look far more exotic and upscale than before, the 2020 Corvette is slated to have a predominantly fiberglass body and a new active aerodynamic system. Details are limited but the publication says the car’s front axle lift system will serve double duty and shift the “aero center of pressure fore and aft, depending on vehicle speed."

Despite the revolutionary new design, the Corvette C8 will reportedly ride on an aluminum space frame which could utilize some carbon fiber and magnesium to save weight. Unfortunately, the car is still expected to be heavier than its predecessor as it should weigh over 3,500 lbs.

To cope with the added weight, the model is expected to be launched with an upgraded version of the LT1 V8 engine. The 6.2-liter engine currently produces 455 hp (331 kW / 451 PS) in the base model but the new engine is expected to develop around 500 hp (372 kW / 507 PS). It will reportedly be connected exclusively to an eight-speed dual-clutch transmission which will allow the car to be faster than the C7 despite the weight gain.

Sometime after the car is launched, the Vette is expected to receive a 5.5-liter flat-plane crank V8 engine that produces at least 600 hp (447 kW / 608 PS). Besides the extra power, the engine will reportedly have a redline that is a bit shy of 9,000 rpm.

Of course, 600+ hp (447 kW / 608 PS) isn’t too impressive these days so Chevrolet is expected to offer a twin-turbo version of the aforementioned engine. This particular variant will reportedly produce around 800 hp (596 kW / 811 PS).

That’s pretty impressive but the report claims there’s an even more powerful model in the works. It will reportedly feature the twin-turbo V8 engine as well as a 200 hp (149 kW / 202 PS) electric motor that powers the front wheels. This could enable the all-wheel model to have a “horsepower rating at or near the four-digit mark." Carscoops