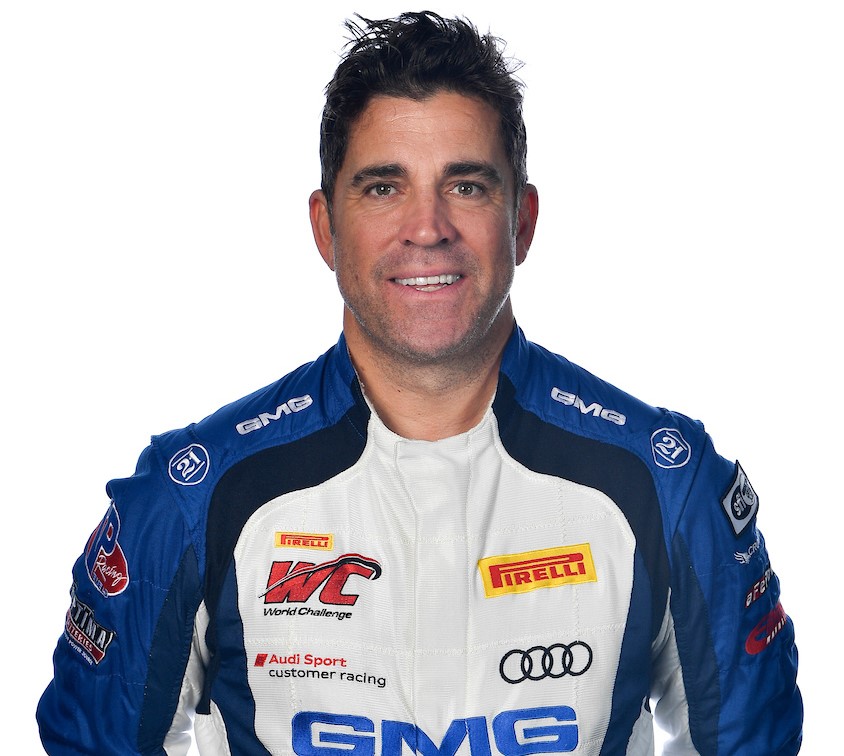 The 2018 GTS Pirelli World Challenge road racing campaign proved to be as competitive as has been seen in the past decade with a total of twelve overall different winners in the 18 events of SprintX and Sprint action.

So, to win GTS point championships, you needed to be consistent and finish every race and that is exactly what James Sofronas accomplished this year in his No. 14 GMG Racing Audi R8 LMS GT4 sports car. After capturing two GT divisions (GTS and GT SprintX Pro-Am) in 2017, the veteran Californian drove to three separate GTS championships in 2018 with the GTS Overall, GTS SprintX Pro-Am and GTS Sprint driver titles.

That’s five PWC driver crowns in 2017 and 2018 for Sofronas, who, like a fine wine, seems to be getting better with age. The New York native just turned age 50 and is second in all-time PWC race starts (233), but you would never know those facts with his driving in 2018.

Third went to Buford (ten points back) followed by James and Gottsacker.

“We had to be smart in the final weekend with the point lead and I didn’t want to throw it away at the end," said Sofronas. “But we did have drama the final weekend when I blew a tire in qualifying. Then I had some near misses. I just had to settle down and be smart. I liked the early races like at St. Petersburg and Road America where I could charge. It is more fun that way. This year was different as it was a late decision for me to go racing. Racing with Alex (Welch in GTS SprintX), having Crowdstrike and George (Kurtz) with us and Jason Bell coming on late in the year I would have liked to have been helping the clients with the team. I get more gratification when the clients do well with our GMG team.

“But I was able to drive again. And then race against of the best drivers in North America like Ian, Lawson and Jade. I have said that GTS or GT4 is the place to be right now in sports car racing. It has great value, great racing and different cars. I want to play in this class for a long time. My business will be in this class for a long time. I knew when I saw the Audi GT4 cars being developed that it was a car we wanted to run. Between their technical support, their parts truck and all of the support of Audi Sport, it was the right place to be. The Audi has great balance and that was important. The crew did a great job in the preparation of the cars too. I know I worked my butt off to get the team ready and the crew did an outstanding job for these championships.&rdquo

Second to Courtney in GTS Sprint Am points was GTS Overall Am champion Drew Staveley of Utah in the Ian Lacy Racing Ginetta G55 GT4 followed by veteran Tony Gaples in the No. 11 Blackdog Speed Shop Chevrolet Camaro GT4.R, Mike Hedlund in the No. 45 Flying Lizard Motorsports Audi R8 LMS GT4 and Preston Calvert in the No. 51 Team Panoz Racing Panoz Avezzano GT4.

“I had a little more drama in the final race at Watkins Glen than I would have liked with some gearbox issues twice, but we didn’t lose a position," said Courtney. “We knew coming into the final weekend that the Glen was a good track for our Maserati. I had a lot of fun in the last weekend and battled a little more than I should for the points and the championship. I didn’t play any points game. I told my guys I didn’t want to talk about it. I wanted to come out aggressive in the next to last race and then we would be in position to fight for the points if needed. It’s a great way to finish out the season with the older car. I’m not sure if we’ll retire the car but it is nice to win the championship with the Maserati."

In the prestigious GTS Manufacturers’ point championship, Panoz and Ford tied with 106 points, but the Georgia-based auto maker takes the titles with five overall race wins over three for Ford. It marks the first GTS title for Panoz in the Pirelli World Challenge competition. Third went to Audi with 104 followed by Chevrolet with 103, Ginetta with 46 and BMW with 39.

In the GTS Sprint Team competition, Blackdog Speed Shop captured the title with 157 by one point over the PF Racing team with 156 followed Team Panoz Racing at 153, GMG Racing at 151 and Racers Edge Motorsports at 126.

All of the Pirelli World Challenge champions will be honored on December 5 at the Indiana Roof in Indianapolis.