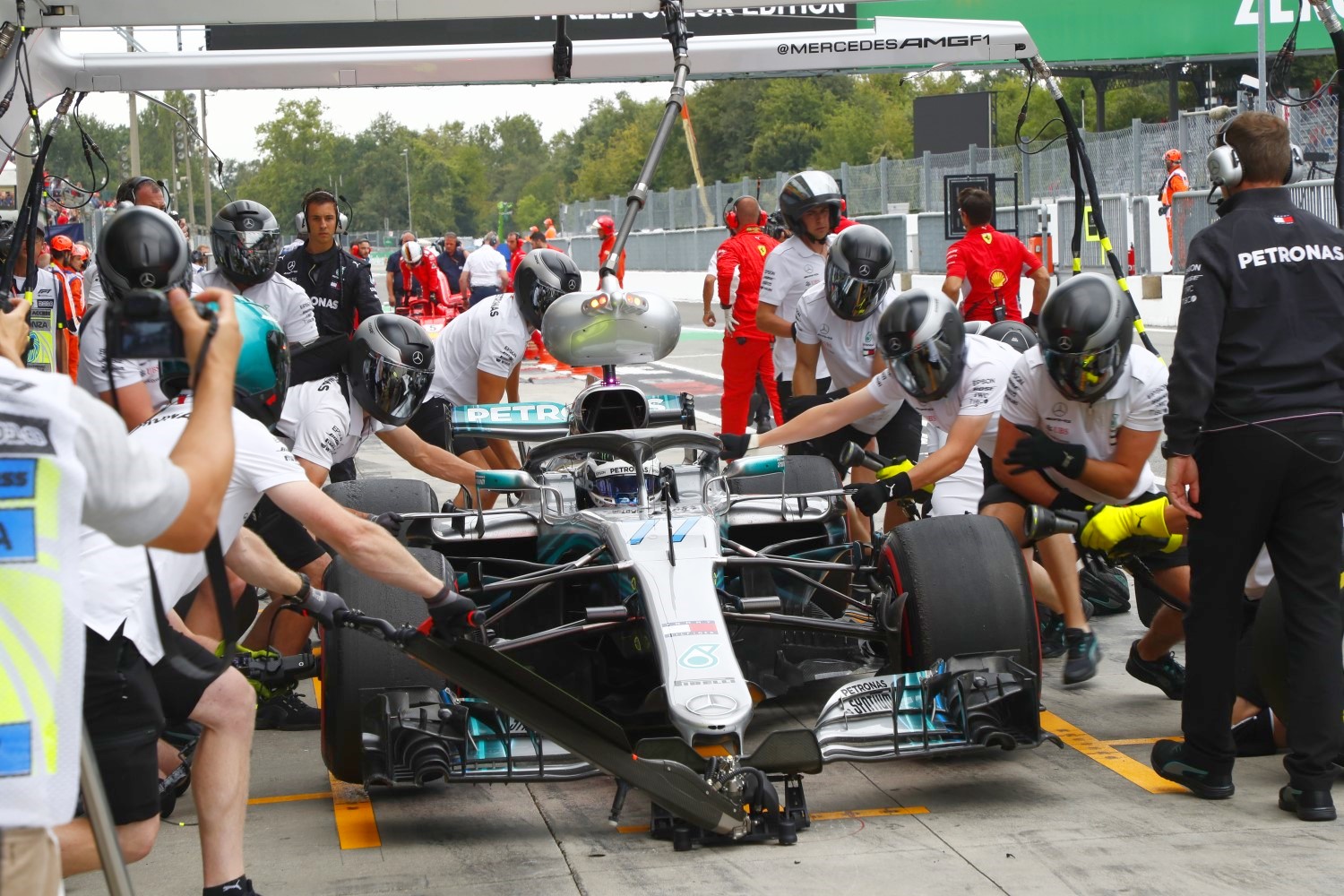 With 21 races, the 2018 season is one of the longest Formula One seasons ever. This year's calendar has also featured the first ever triple-header in F1 history. Such a long season can make it quite challenging for teams to keep energy levels up and fight fatigue. Therefore, teams do a lot to keep their members fit and healthy.

Why is it challenging to keep people energized?
Maintaining people's energy levels over the course of a season is not as trivial as it might seem. The season is still in full swing with another seven races to go, but the teams have already worked very hard at 14 races. By this point in the season, many team members will have spent close to 100 days away from home and travelled close to 100,000 kilometers; the pit crew will have performed about 1,000 pit stops (most of them practice stops).

Some of the longest journeys, however, are yet to come: Five of the next seven races will take place over 7,500 kilometers away from the team's two factories in Brackley and Brixworth – with Singapore almost 11,000 kilometers away. Over the next two and a half months, team members will spend over 100 hours on planes, travelling to and from races in different time zones and different climate zones. Maintaining energy levels can therefore become quite challenging.

What are the key components to keep the energy levels up?
Energy levels depend on a number of different factors and the importance of those factors varies from person to person. However, there are four key components that have a big impact: health, fitness, sleep and nutrition.

How does the team look after the health of the team members?
[adinserter name="GOOGLE AD"]Mercedes-AMG Petronas Motorsport travels with a doctor and a physiotherapist to all races. They are at the track every day from Wednesday before the race until late Sunday evening. Many team members spend 150 days or more away from home, so for many of them the team doctor becomes almost like their family doctor. Over the course of a race weekend, the medical team does about 40-60 consultations. The vast majority of those are for common ailments like musculoskeletal issues, a common cold, the flu or gastroenteritis.

The medical team keeps records of all the medication distribution and there is a clear trend; towards the end of the season, the medical consumption increases by 20 to 25 percent. The explanation is simple: in autumn and winter, seasonal spikes in common diseases like colds are a typical phenomenon throughout Europe. Add to that the high number of flyaway races, which puts an additional strain on the body, and the fact that the team members have already done 14 races, and the need for medical support increases. However, treating diseases is only one part of the job, preventing ailments is another one.

For that reason, a physiotherapist is present during pit stop practice to focus on the individual members of the pit crew and watch their movements. Is everyone moving in a way that is optimal for the musculoskeletal system? Depending on the findings, the physiotherapist will work with the pit-crew members to improve their movements or even suggest rotating people from one position of the car to another to better suit their physique.

How does the team monitor fitness levels?
The medical team will pay particular attention to team members whose tasks require them to work physically. Various measurements are taken over the course of the year – from basic clinical measurements like blood pressure to physical tests to assess health and fitness levels. Blood samples are checked for blood markers like hemoglobin, blood counts and electrolytes as well as dietary markers such as lipids, glucose and cholesterol. Physical tests include exercises to measure strength, mobility and flexibility levels.

The results of pre-season tests are compared with those taken during the season, to make sure that health and fitness levels have increased and not deteriorated. Individual training plans are set in place to make sure that everyone has a tailor-made program that fits his or her needs. Fitness coaches at the Performance Centre in Brackley monitor the individual development plans and help team members to achieve their fitness goals.

What role does nutrition play?
Nutrition is very important to sustain high energy levels on race weekend. The team is monitoring the quality of the nutrition in hospitality and the garage and have improved it over time. Today, food choices at the track fit the dietary needs of the team – from healthy meals to high-energy snacks.

What exactly does an ideal diet look like?
Well, that's not an easy question, as it can vary quite a bit depending on the individual. Someone who wants to lose weight will require a very different diet than someone who tries to build up muscle mass. The individual constitution and metabolism also play a role – as does their job description. Someone with a desk job will need a different diet than someone working physically for the majority of the day.

For that reason, nutritionists shy away from giving general guidelines on macronutrient contents and will rather give you a personalized plan on how much proteins, fat and carbohydrates you should take in.

Singapore is known to be one of the hottest races of the season. What are the specific challenges in this kind of climate?
Temperatures in the garage in Singapore can easily reach 40 degrees and more. Those conditions bring about certain risks, especially dehydration and heat stress. Consuming liquids is therefore important, although the ideal amount varies from person to person. On a hot day in Singapore, the ideal amounts can range from three to five liters per person.

Drinking is also important for the drivers: studies have shown that cognitive performance starts to deteriorate when a person loses 1.5 to 2 percent of his or her bodyweight in liquids.

So, when a driver weighs 70 kilos and loses 1.05 to 1.4 kilos due to heavy sweating, his cognitive function is likely to go down – which will in turn have an impact on their ability to hit apexes and braking points precisely. To counteract this potential performance loss, our cars will the fitted with the biggest drinks bottles of the season, which hold 1.3 liters of fluid.