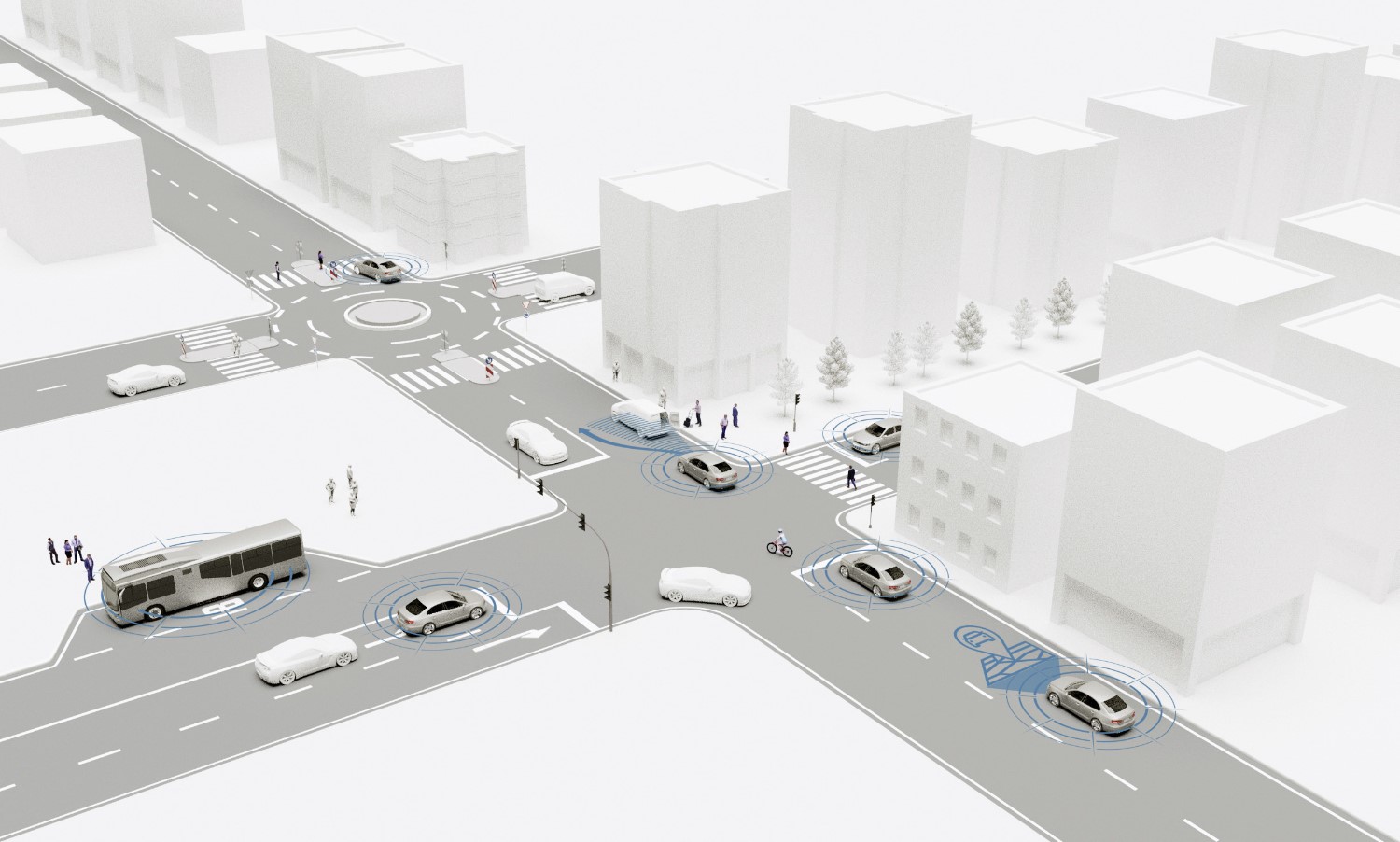 Automated vehicles will become part of everyday life in the near future – not only on clearly structured motorways and expressways, but also in urban areas. Yet urban traffic in particular poses huge challenges for the researchers and developers of the necessary technologies. The task is to master considerably more complex road layouts, processes and possible scenarios. In addition, towns and cities are places where many different road users interact in a relatively confined space.

To make automated urban driving convenient, safe and efficient, it is therefore necessary to optimally combine many different components – from highly precise map systems and sophisticated sensor technologies to the algorithm-based detection and interpretation of situations. That is the objective of the @CITY collaborative project, which was initiated at the end of 2017, and the @CITY-AF partner project, which launched on 1 July of this year and which is designed to convert the findings from @CITY into concrete automated driving functions. A total of 15 partners from the automotive industry, component supply industry, software development and science have joined forces in both initiatives. They receive funding of around 20 million euros from the Federal Ministry of Economics and Energy (BMWi).

The development of automated driving in urban areas is anything but an end in itself: "We see the potential to further reduce the number of accidents in towns and cities while at the same time making considerably more efficient use of the existing transport infrastructure," explains Dr. Ulrich Kressel, project coordinator of @CITY and responsible for pattern recognition at Daimler AG. "In addition, we are laying the foundations to enable all road users to enjoy a high degree of individual mobility in an age of demographic change and increasing urbanisation."

As @CITY is concerned with a wide rage of different areas, the research initiative is divided into seven subprojects.

What is the road layout? What road users do I have around me? What might be their intentions – and what conclusions can I draw from them? The aim of this subproject is to "teach" automated vehicles such thought processes, which are a matter of course for the human brain. To do this, the developers combine state-of-the-art sensor technologies, empirical knowledge and information from digital maps.

[adinserter name="GOOGLE AD"]Maps: They play a key role in automated urban driving. When intelligently linked with on-board sensors, they not only provide an up-to-date, constantly dependable environment model; thanks to accurately surveyed landmarks, future HD maps will also enable the vehicle to be precisely localised within an urban area. Such map systems will even be capable of pinpointing the position of a kerbstone down to an accuracy of just a few centimetres.

To allow an automated vehicle to make its way safely from A to B while obeying the rules of the road, it needs to produce the right reaction at the right time. This requires virtually every conceivable scenario to be considered – especially at neuralgic points, such as junctions, roundabouts or when interacting with more vulnerable road users. Building on this, the researchers develop pilot applications with appropriate driving strategies.

This subproject is concerned with the interaction between the three protagonists: vehicle user, automated vehicle and other road users. In other words, each must be able to understand what the other is doing or plans to do. For example, the researchers examine how everyday forms of human communication in road traffic (eye contact, gestures, etc.) can be carried over to automated systems without this resulting in misunderstandings. At the same time, the aim is to allow passengers to take part in as wide a range of driving-unrelated activities as possible.

High traffic density, dynamic environment and high distraction potential: junctions and roundabouts are among the accident blackspots in towns and cities. Automated driving functions can make for significantly better safety at such locations. A redundant sensor system, for example, does not suffer from fatigue and can detect a much wider environment than a human. This also poses the greatest challenge, especially as urban hubs are not uniform and come with complex road layouts.

Compared with trunk roads, urban roads present a host of scenarios with which automated driving functions must cope. Static and dynamic bottlenecks in particular – such as building sites or parked delivery vehicles – play a major role in the development of appropriate driving strategies, as does the interaction between cars and public transport, for example at bus stops.

Whether consciously or unconsciously: In urban areas, cyclists, pedestrians, construction workers and the like are in constant communication with car traffic. This subproject, therefore, is concerned with how to enable an automated vehicle to identify the intention of a pedestrian who uses only the direction of their head and position of their feet to indicate whether they intend to walk across a pedestrian crossing.

@CITY Automated Cars and Intelligent Traffic in the City

The @CITY research initiative brings together 15 partners from the automotive industry, component supply industry, software development and universities. The two partner projects @CITY and @CITY-AF aim to develop concepts, technologies and prototype applications to enable automated driving in complex urban areas. The goal is to make urban traffic of the future as safe, convenient and efficient as possible for all road users. While the focus of @CITY (01.09.2017 – 31.08.2021) is on detecting environments and understanding situations, along with digital maps and localization, the purpose of @CITY-AF (01.07.2018 – 30.06.2022) is to convert the findings from @CITY into concrete automated driving functions. The total budget of the initiative is around 45 million euros – some 20 million euros of which is from the Federal Ministry of Economics and Energy (BMWi).