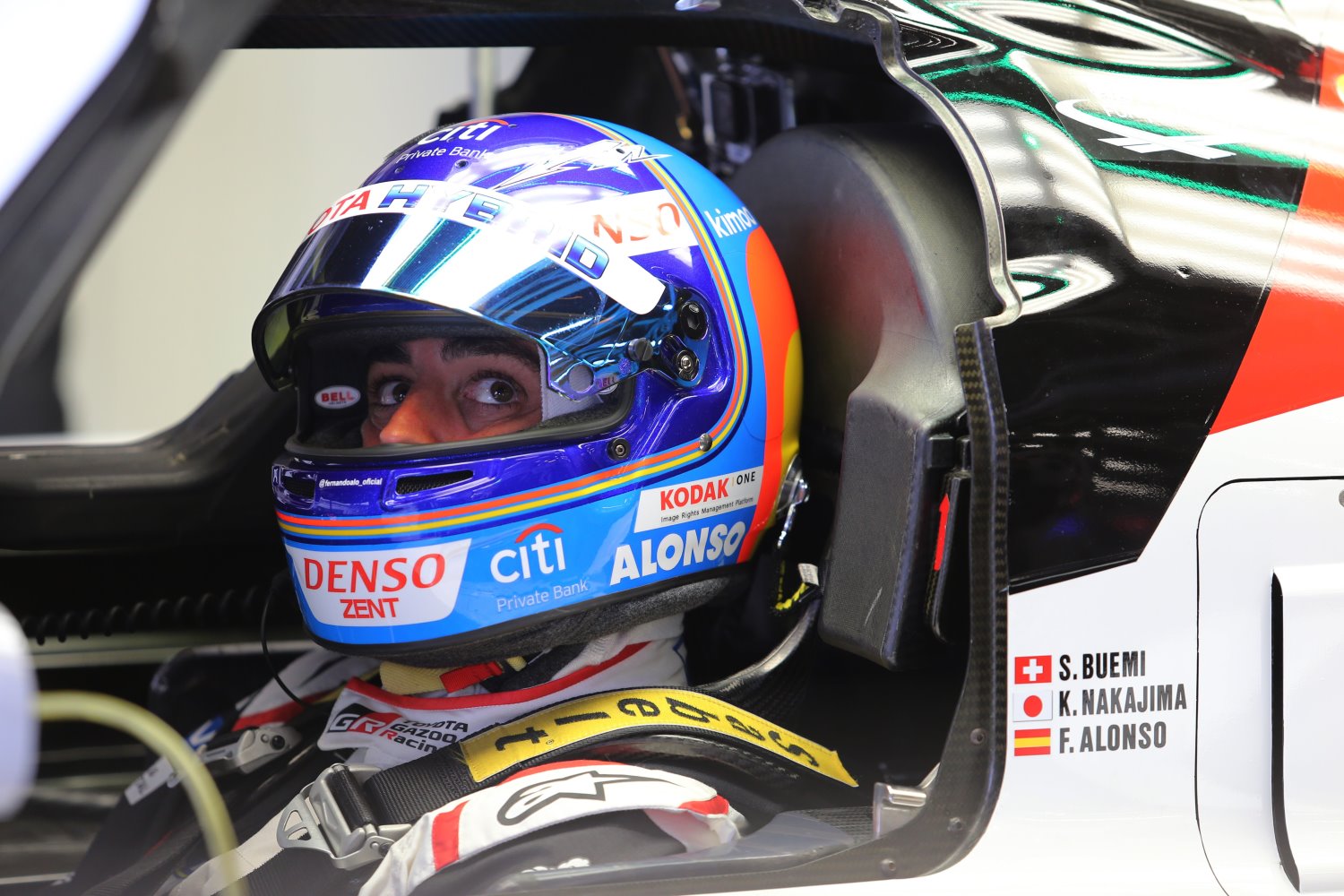 The two Toyotas were found to be in non-conformity of Article 3.5.6.d of the 2018 LMP1-H Technical Regulations which covers the deflection of the skid block. Toyota intends to appeal the Decisions and therefore the race results remain provisional.

Following the outcome of Stewards’ Decisions No.25 and No.26, the No.3 Rebellion Racing R13 Gibson of Gustavo Menezes, Thomas Laurent and Mathias Beche has been elevated to first position in the final result, with the No.1 sister Rebellion of Neel Jani and André Lotterer claiming second position and the No.17 SMP Racing BR Engineering BR1-AER of Stephane Sarrazin and Egor Orudzhev in third place.

TOYOTA GAZOO Racing has lost its one-two victory in the 6 Hours of Silverstone following a post-race technical inspection.

The #8 TS050 HYBRID of Sébastien Buemi, Kazuki Nakajima and Fernando Alonso crossed the line to win the third round of the FIA World Endurance Championship from Mike Conway, Kamui Kobayashi and José MarÃ­a LÃ³pez in the second-placed #7 TS050 HYBRID.

Both cars suffered damage to their respective front floor areas during the race due to impacts against the new kerbs at Silverstone. Regrettably, this also caused both cars to fail deflection tests in post-race scrutineering. As a result, race stewards disqualified both cars.

The design and construction of the part concerned has not changed since its introduction at the beginning of the 2017 season. Since then it has successfully passed similar tests, most recently at Spa this season.

The team is now evaluating its next course of action.

The Toyota Gazoo Racing team enjoyed another 1-2 finish after a close battle throughout the 6 Hours of Silverstone.

The LMGTE Pro category again saw a thrilling multi-manufacturer battle as reigning GT World Champions James Calado and Alessandro Pier Guidi took their first win of the Super Season in the No.51 AF Corse Ferrari 488 GTE Evo. 60,240 enthusiastic fans saw the action over the weekend at Silverstone as the world’s most spectacular sportscars put on another thrilling show.

Calado and Pier Guidi capitalised on a clever tyre and fuel saving strategy in the early phase of the race which allowed them to take control in the penultimate hour.

[adinserter name="GOOGLE AD"]Taking the runners-up position was the No.91 Porsche 911 RSR driven by Gianmaria Bruni and Richard Lietz. The pair fought back from a difficult qualifying session yesterday to cut through the field and claim their best result of the season so far.

Completing the podium was the No.67 Ford GT of Andy Priaulx and Harry Tincknell. Priaulx drove a brilliant first few stints and took the lead from the pole sitting No.92 Porsche driven by Kevin Estre.

However, the car lost out during the Safety Car period and it was left to Tincknell to make a spectacular last hour pass on Michael Christensen in the No.92 Porsche to take the final podium place.

Aston Martin Racing finished the LMGTE Pro race in fifth position with the new model Vantage of Alex Lynn and Maxime Martin after a much stronger performance in this third round of the FIA WEC.

BMW Team MTEK took more points in its first WEC season as Martin Tomczyk and Nicky Catsburg came in sixth. Problems struck the pole sitting Ford GT of Olivier Pla and Stefan MÃ¼cke as they finished seventh after being forced to replace a door during a pit stop.