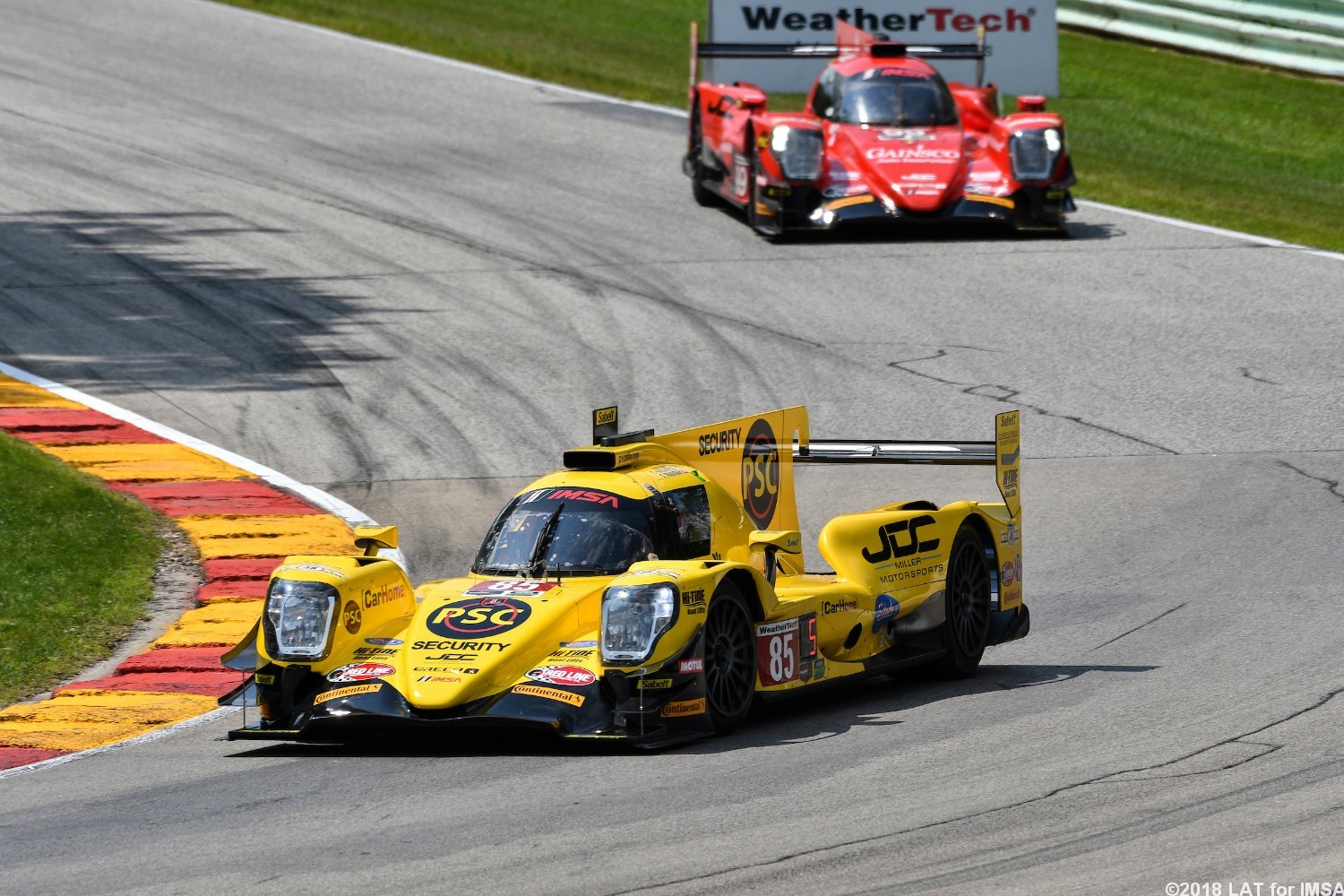 Robert Alon with JDC-Miller Motorsports made it seven different pole sitters in eight races in the Prototype class and the third pole position in a row for the global LMP2 cars. Alon’s time of 1:51.933 beat Ricky Taylor and the #7 Acura Team Penske ARX-05 by two tenths of a second.

“Honestly i don’t think starting positions has been a huge part this year," said Alon. “It’s really just putting together a good race and as long as everyone does their job it will be fine. It was my first flying lap and everything was right there, after the first lap the grip really fell off and we prepared for that, we put really low fuel and just went for a few laps."

Starting third in the class will be the #54 CORE Autosport after Colin Braun put in a time of 1:52.340. That car for the last three races however has made a driver change after qualifying to allow bronze rated driver Jon Bennett to complete his required time first. Such a change mandates that the car start from the rear of the field.

The No. 10 Wayne Taylor Racing Cadillac DPi-V.R of Renger van der Zande was fourth, with Juan Pablo Montoya completing the top-five in the No. 6 Penske Acura DPi.

Ford Chip Ganassi Racing has locked out the front row in GT Le Mans for Sunday’s Continental Tire Road Race Showcase, with Dirk Mueller storming to pole for the ninth round of the IMSA WeatherTech SportsCar Championship season.

“I got good info form Joey [Hand], it’s a whole team effort, I keep saying it but its all the smart brains that are behind us… I really love this place, I’m German, I love the Nordschleife, and there is a lot of corners like the Nordschleife."

Antonio Garcia put his No. 3 Corvette C7.R third on the grid in class, ahead of Laurens Vanthoor, who made a late improvement in the No. 912 Porsche 911 RSR to qualify fourth, with Oliver Gavin’s No. 4 Corvette completing the top-five.

The pair of BMW M8 GTEs qualified sixth and seventh, with the No. 911 Porsche set to bring up the rear in qualifying.

Patrick Long claimed his second consecutive pole in GT Daytona, in a stop-start qualifying session for the Pro-Am-enforced class.

“We left Lime Rock pretty dejected, there was circumstances that where out of our control but we put our foot down on the ground and looked ahead. Like I said at Lime Rock though the race is a different thing… we are playing track position tomorrow. We were able to put in our lap right before the red flag so that was timely," said Long after the session.

The session was red flagged following an accident for the No. 51 Squadra Corsa Garage Italia Ferrari 488 GT3 of Francesco Piovanetti, who made impact with the barriers.

It restarted with three minutes on the clock, with only a few improvements.