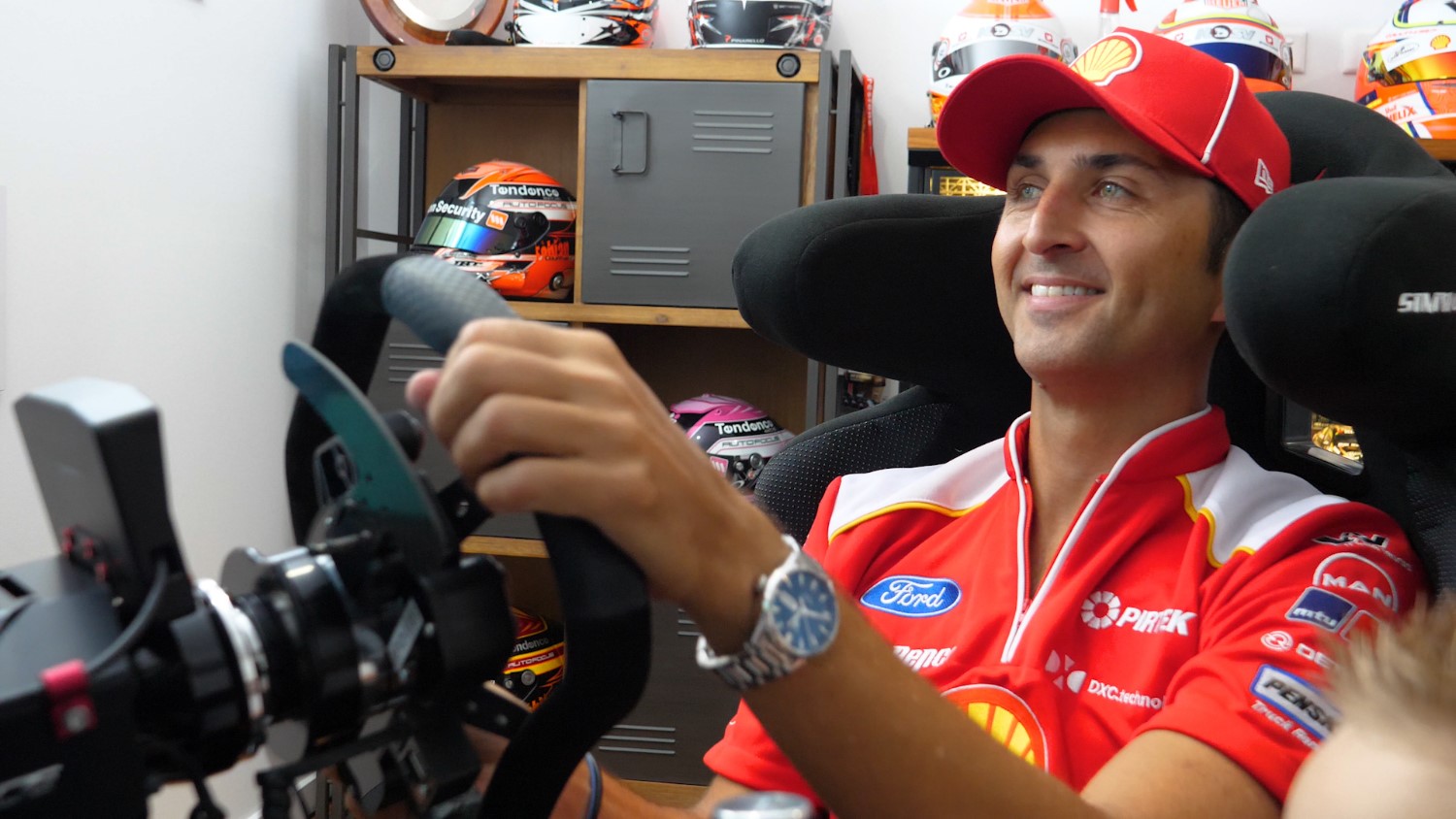 Coulthard says that while he has never raced on a simulator, he is up for the challenge and is keen to get back behind the wheel.

"I'm looking forward to going racing; it's going to be very different from what we are used to as we're going to do it in the virtual world.

"I think adapting will be the biggest challenge because when you're racing in real life, you have a lot of sensory things that you can feel.

"You can feel the back of the car moving through your backside and you've got depth perception, but in a virtual world, you just have a screen.

The custom made SX02Msport Simulator was designed and manufactured in Australia by Victorian-based company Simworx – the same company who supplies teammate Scott McLaughlin's home simulator – and it boasts some impressive features.

"Jack and Luke at Simworx have given me an unbelievable bit of kit, and it's a great training tool," Coulthard said.

"The sim has a monocoque aluminum chassis for core rigidity, it's finished with upper and lower aluminum floor panels, and the sequential shifter is designed as close as it can be to the shifter in our Ford Mustang Supercar.

"The screen is seriously impressive, it's 49 inches and curved, and I actually think I've got more visibility with this than in the supercar."

While social distancing rules mean the Supercars regular racing season has been postponed, Coulthard has been training at home both on and off the simulator.

"Obviously at this time of year we are normally racing, going from one event to the next but we're just trying to do our bit and keep that 1.5 m away from each other.

"I've been doing lots of simulator stuff as it's a great tuning tool and is helping to keep me race fit and sharp in the car.

"I've also been doing physical training as per normal and just trying to get on with normal life so I'm at peak performance and ready to get back to racing."

In Australia and New Zealand, fans can watch the 10-week Eseries from Wednesday April 8, live from 7pm – 9pm AEDT each Wednesday night on: