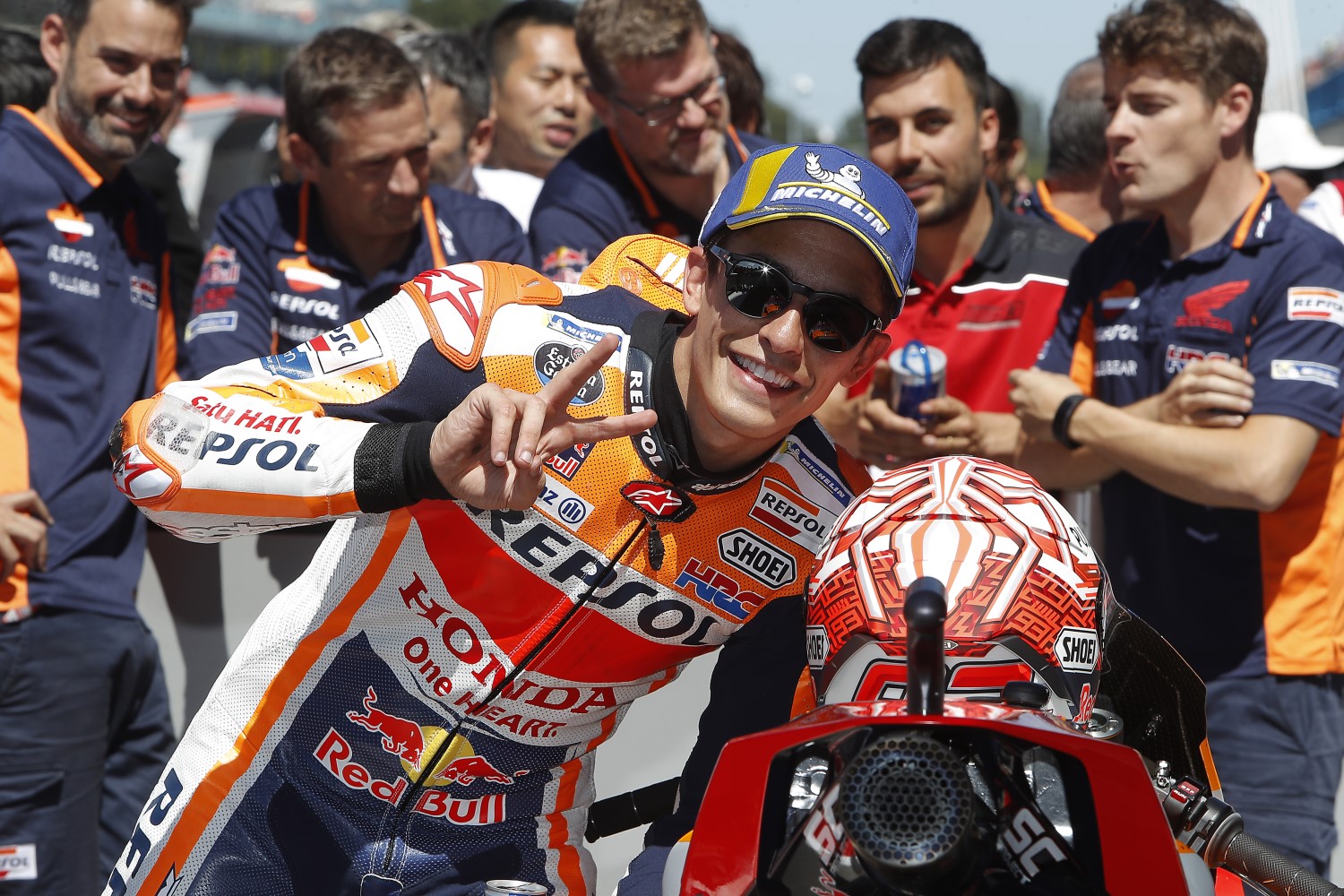 So close was today’s qualifying session in Assen that the riders on the front row ended up within just 0.059", whilst the top-10 were split by less than 4 tenths of a second.

Well aware of how tight things were going to be today, and will be tomorrow, Marc Marquez worked hard with his crew to prepare for both the race and for the time-attack, which earned him his 75th career pole and 47th pole in MotoGP (his first in MotoGP at Assen).

“So far this weekend, things are going better than we were hoping for," said Marquez.

[adinserter name="GOOGLE AD"]"The pole has not been one of my strongest points this year, and actually this will be the first time I’ll start form the top spot, because in Austin I earned the pole but was moved back to fourth. I was very happy with the rhythm I could keep in FP3 and FP4 and now I’m even more happy for the Q2 result.

"We’re trying and working in a good way. At this track stability is one of the main targets to achieve and step by step we improved that a bit. Our first goal is a podium finish but honestly we now have the possibility to fight for the victory. We must remain focused and work well in tomorrow’s warm-up to try and make another little step to improve the stability and to make the final choice for the tires."

The mad dash for pole was true to its name as the final 30 seconds saw everything shuffle and shuffle again, with Jorge Lorenzo (Ducati Team) and Andrea Iannone (Team Suzuki Ecstar) initially seeming to have the advantage before that final lap for the majority of those in the session – and the emergence of Marquez at the top. But it’s just 0.041 back to Crutchlow and 0.059 back to Rossi, with Andrea Dovizioso (Ducati Team) heading the second row despite only being 0.079 off pole!

The Italian is joined on Row 2 by the first of the Q1 graduates as Alex Rins (Team Suzuki Ecstar) impressed on his first run and his second to secure P5 as top Hamamatsu factory machine. Friday’s fastest Maverick Vinales (Movistar Yamaha MotoGP) starts sixth and still within two tenths of pole, with the Spaniard hoping for a better launch off the line than in Barcelona.

Aleix Espargaro (Aprilia Racing Team Gresini) continued his solid weekend as he converted automatic entry to Q2 into seventh on the grid – as well as making it five manufacturers in the top seven. Johann Zarco (Monster Yamaha Tech 3), who topped Q1 after a stunning final dash, starts from the middle of the third row – just getting the better of Iannone, who lost out in the last few seconds.