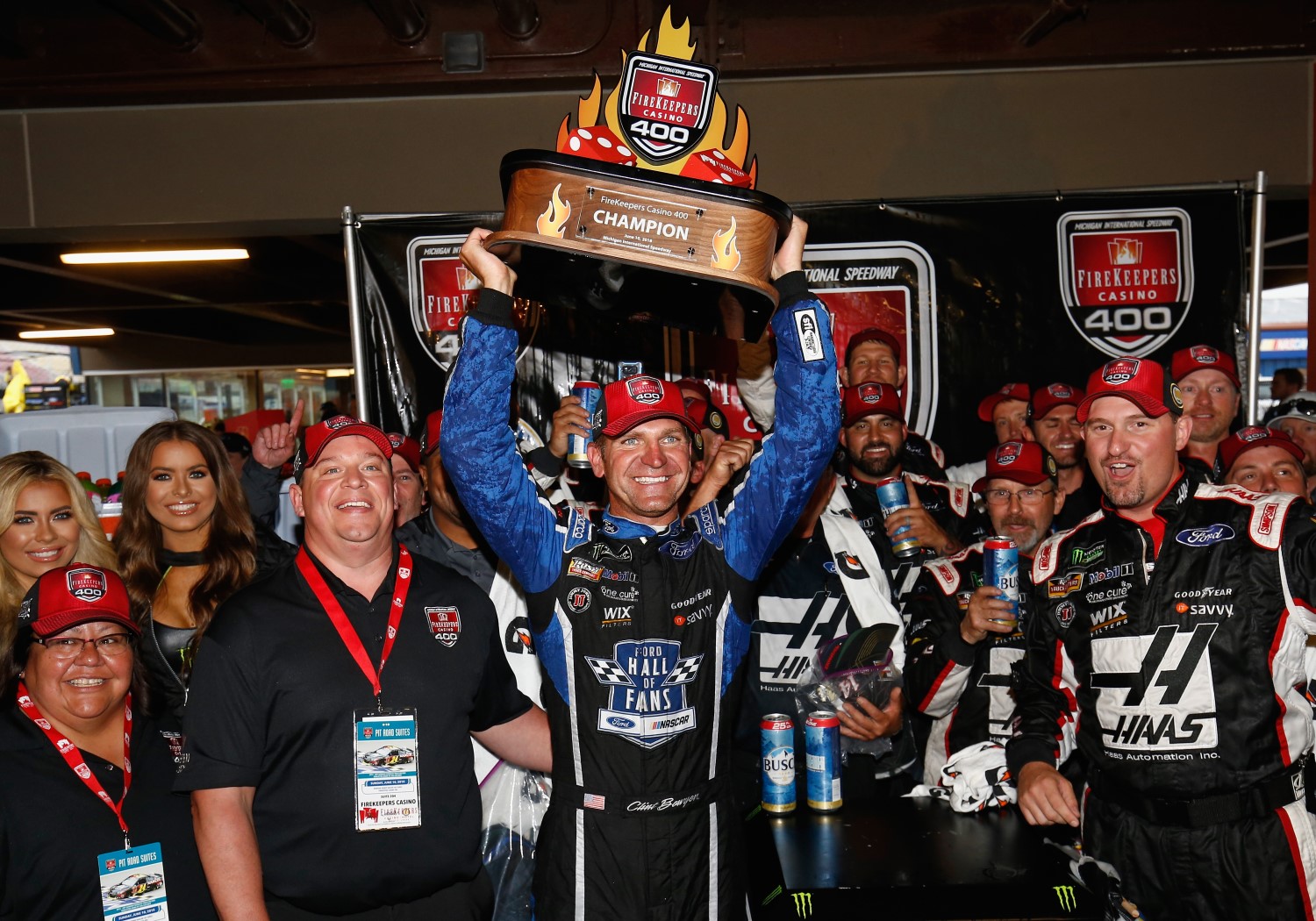 Bowyer’s Stewart-Haas Racing No. 14 Ford led eight of the 133 laps in the FireKeepers Casino 400, which was shortened from its scheduled 200-lap, 400-mile distance because of rain. Bowyer’s 10th win of his premier-series career was his first at the 2-mile track.

Kevin Harvick led a race-high 49 laps and finished second in Stewart-Haas’ No. 4 Ford. Pole-starter Kurt Busch led 46 laps and completed a 1-2-3 sweep for Stewart-Haas Racing, a first for the organization. Kyle Busch took fourth with Paul Menard rounding out the top five.

The race started 2 1/2 hours late because of early afternoon showers.

Kyle Larson’s hopes for a fourth straight Michigan victory were hampered by a Lap 85 spin off Turn 4.

Larson’s Chip Ganassi Racing No. 42 Chevrolet skidded into the infield grass, damaging the front splitter. Larson limped home as one of the last cars on the lead lap.

Three Joe Gibbs Racing drivers — Kyle Busch, Erik Jones and Denny Hamlin — started at the rear of the field after issues with their splitter in pre-race inspection. All three rallied to race into the top 10, though Jones dealt with further adversity with a speeding penalty on his first pit stop.

The Monster Energy Series takes next weekend off, returning to action for the Toyota/Save Mart 350 on June 24 (3 p.m. ET, FS1, PRN, SiriusXM) at Sonoma Raceway.