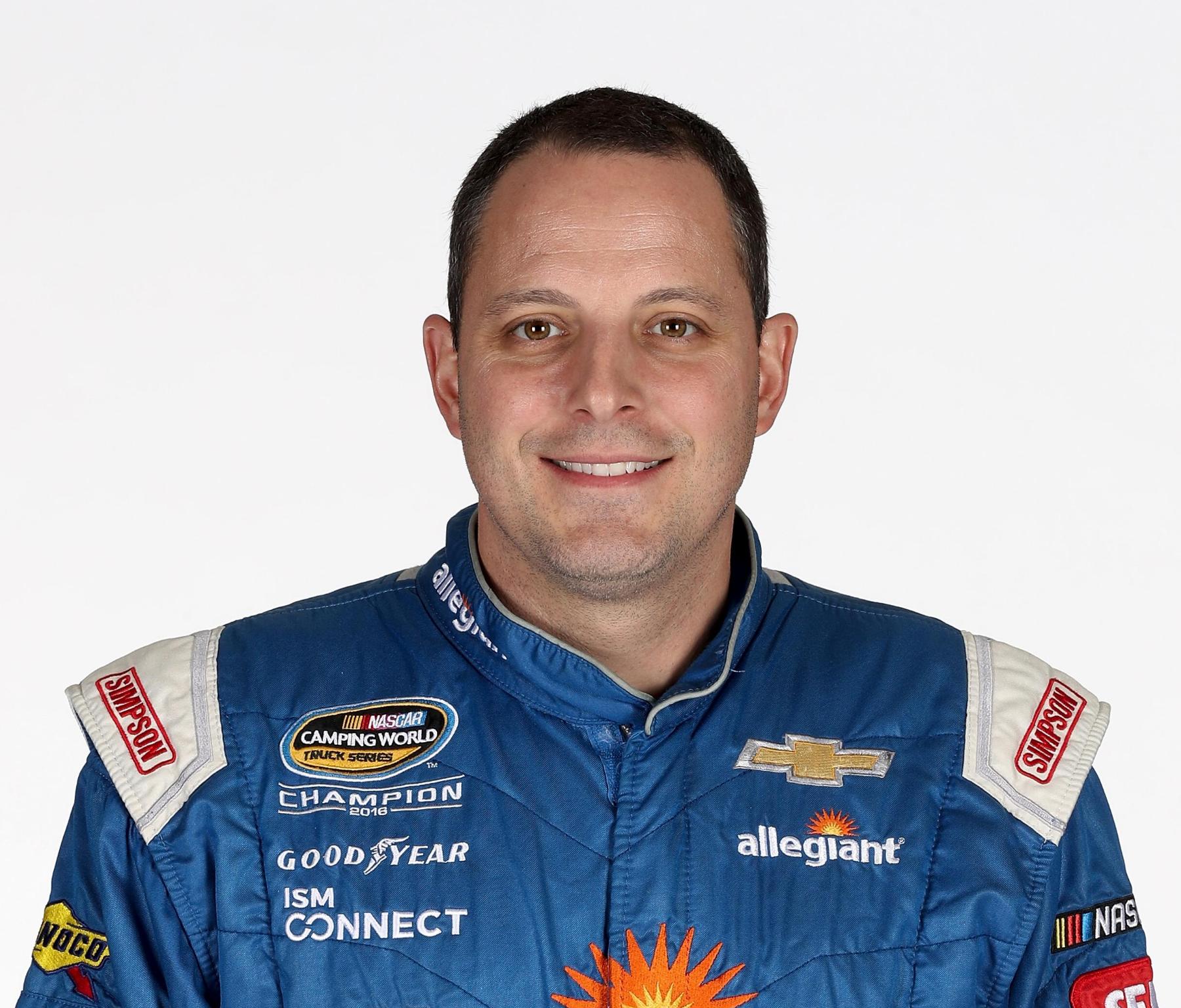 The series point-leader, Sauter posted his fifth career win on TMS' 1.5-mile oval and fourth in eight events this season. But he and crew chief Joe Shear Jr. had to gamble on fuel as the laps wound down and then keep pole-sitter Friesen at-bay following a restart on Lap 165 of the scheduled 167.

Sauter finished 0.092-seconds ahead of Friesen, who was aiming for his first career Camping World Truck Series victory. Sauter took the lead for the first time on Lap 117 passing teammate Justin Haley between Turns 1 and 2.

"I complained about it all night long, just no balance, no grip," said Sauter, driver of the No. 21 ISM Connect Chevrolet Silverado fielded by GMS Racing. "We made great adjustments and played the track position game. That's where the speed is at, getting in clean air. This has been a dream start and proud to get this win. I'm speechless…don't know what to say anymore. Five wins at Texas, it's awesome."

Only two-time NCWTS champion Todd Bodine has more wins in Cowtown, with six.

Sauter has won six of the last 11 series races, and posted top-threes in 10 of the last 12. The native of Wisconsin now has 21 career victories in 229 series starts. With his win Friday night, Sauter now is the third driver in series history to post four or more wins in the first eight races of a season. Kyle Busch and Mike Skinner are the only other drivers to do so.

Sauter has now compiled 16 top-10 finishes in 20 races at TMS. Additionally, Sauter hasn't started outside of the top-10 and has finished in the top-five in every race this season except for the half-mile Martinsville Speedway, where he placed 19th.

[adinserter name="GOOGLE AD"] Friesen, however, nearly completed a pole-to-Victory Lane scenario. "I knew he'd be aggressive," Sauter said of the 34-year-old Canadian. "He was hungry for his first win. I got a good launch and that's all it took. Justin Haley helped push me along. Going into Turn 3 on the last lap I ran out of fuel, but then it fired up."

Sauter increased his point lead from 59 over Noah Gragson to 77 over the driver of the No. 18 Safelite Auto Glass Toyota Tundra fielded by Kyle Busch Motorsports.

Friesen recorded his first top-10 finish in three races at TMS, as well has his fifth top-10 result of 2018.

Grant Enfinger held off Friesen during a one-lap shootout to win Stage 2. That restart was set up after the race's fifth caution on Lap 75, brought out when Bo LeMastus crashed along the backstretch after contact with the truck driven by Norm Benning cut the right front tire of LeMastus' No. 17 Crosley Brands Toyota Tundra.

During the caution, race-leader Todd Gilliland pitted for four tires and fuel, a move crew chief Marcus Richmond explained was about securing track position in the final stage of the 167-lap/250.5-miler.