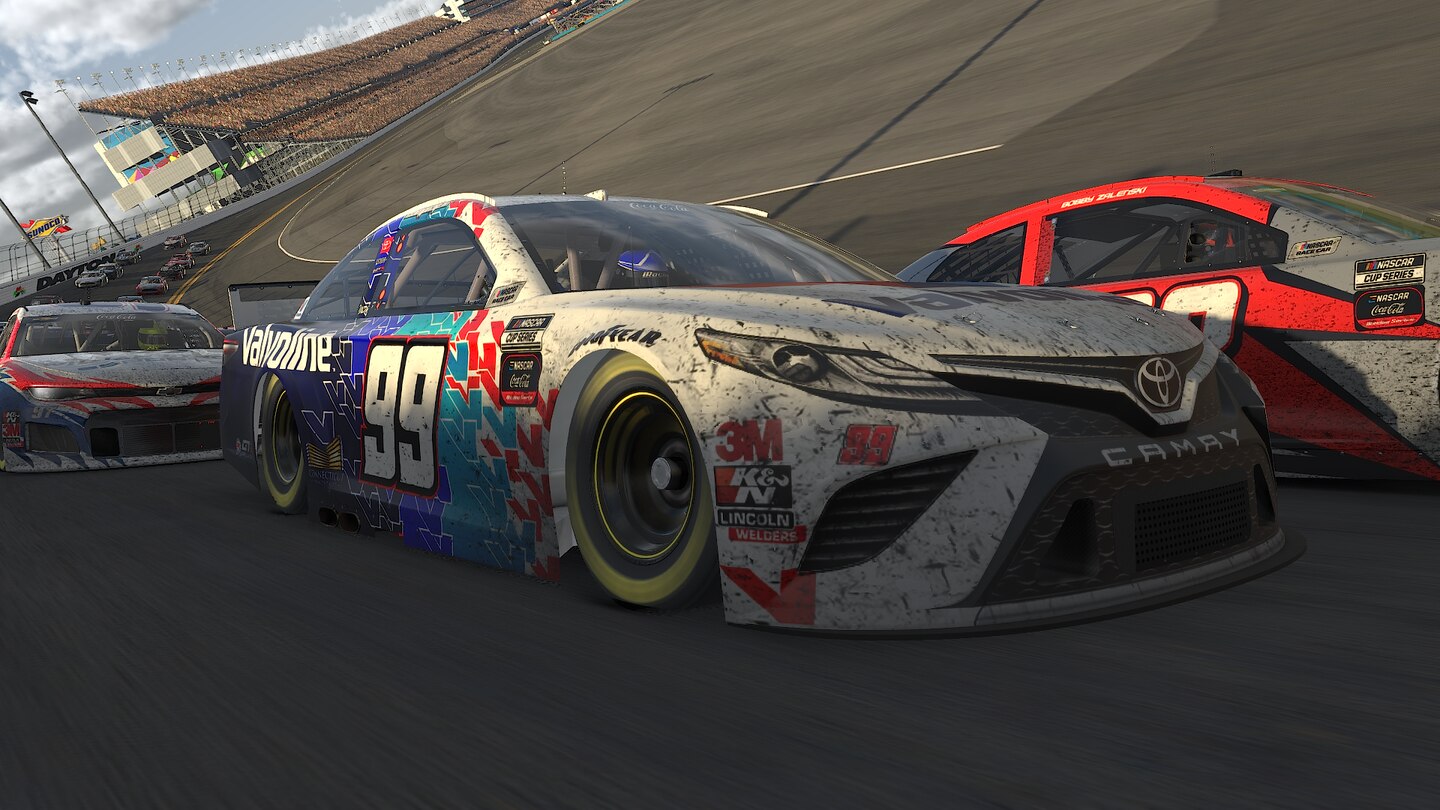 Though NASCAR has idled since March 8 because of the coronavirus pandemic, three-time and defending Daytona 500 champion Denny Hamlin was up until 1:30 a.m. Friday trying to figure out how to pare a fraction of a second off his lap times.

And Dale Earnhardt Jr., who retired from full-time racing in 2017, has been back behind the wheel in his home’s computer room, getting up to speed once again with the layout of Homestead-Miami Speedway.

Fox, which holds the broadcast rights to the first half of NASCAR’s season, will air Sunday’s leadoff race at virtual Homestead-Miami Speedway at the same time the actual race was to have started, 1:30 p.m., on Fox Sports 1. The action also can be streamed on the Fox Sports app.

Get a live behind the scene look at Facebook.com/KyleBusch starting at noon

â€¢ While the eNASCAR iRacing Pro Invitational Series kicks off on Sunday at the virtual Homestead-Miami Speedway, it will be a multi-week series emulating the original 2020 NASCAR Cup Series schedule.

â€¢ With the sports world on a necessary hiatus to combat the spread of the coronavirus, the eNASCAR iRacing Pro Invitational Series exists for the drivers to have a bit of fun until the return of their respective series.

KYLE BUSCH, DRIVER OF THE NO. 18 M&M’S CAMRY IN THE ENASCAR IRACING PRO INVITATIONAL SERIES:

You got into the iRacing simulator for the first time this afternoon (Saturday). What did you learn and who is helping you out?

“I’ve never done iRacing before and I don’t even have a setup. Fortunately, Ty Gibbs has a setup that I was able to practice on this afternoon for the first time. The biggest thing I learned is that lap-one, cold tires is “ice," then it feels good for about 10 laps, and then the car gets really tight. Since you can’t change the setup, it’s really going to be tricky to figure out the balance of me fixing that. Thankfully, Ty Gibbs, ‘Boris’ (Bryan Cook, JGR Chief Digital Officer) and my Cup car engineer William Hartman, are big into iRacing and they were also helping me learn this afternoon – trying to get all the basics down of practicing pitting, restarts and everything I need to know. You aren’t going to learn it all in a few hours. These guys that are really good at iRacing do it on a regular basis, they’ve done a ton of work to get as good as they are. It’s cool to get our virtual M&M’S Camry out there and have some fun while trying to learn a new trade."

â€¢ This will be Busch’s first official iRacing start in a virtual NASCAR Cup Series race.