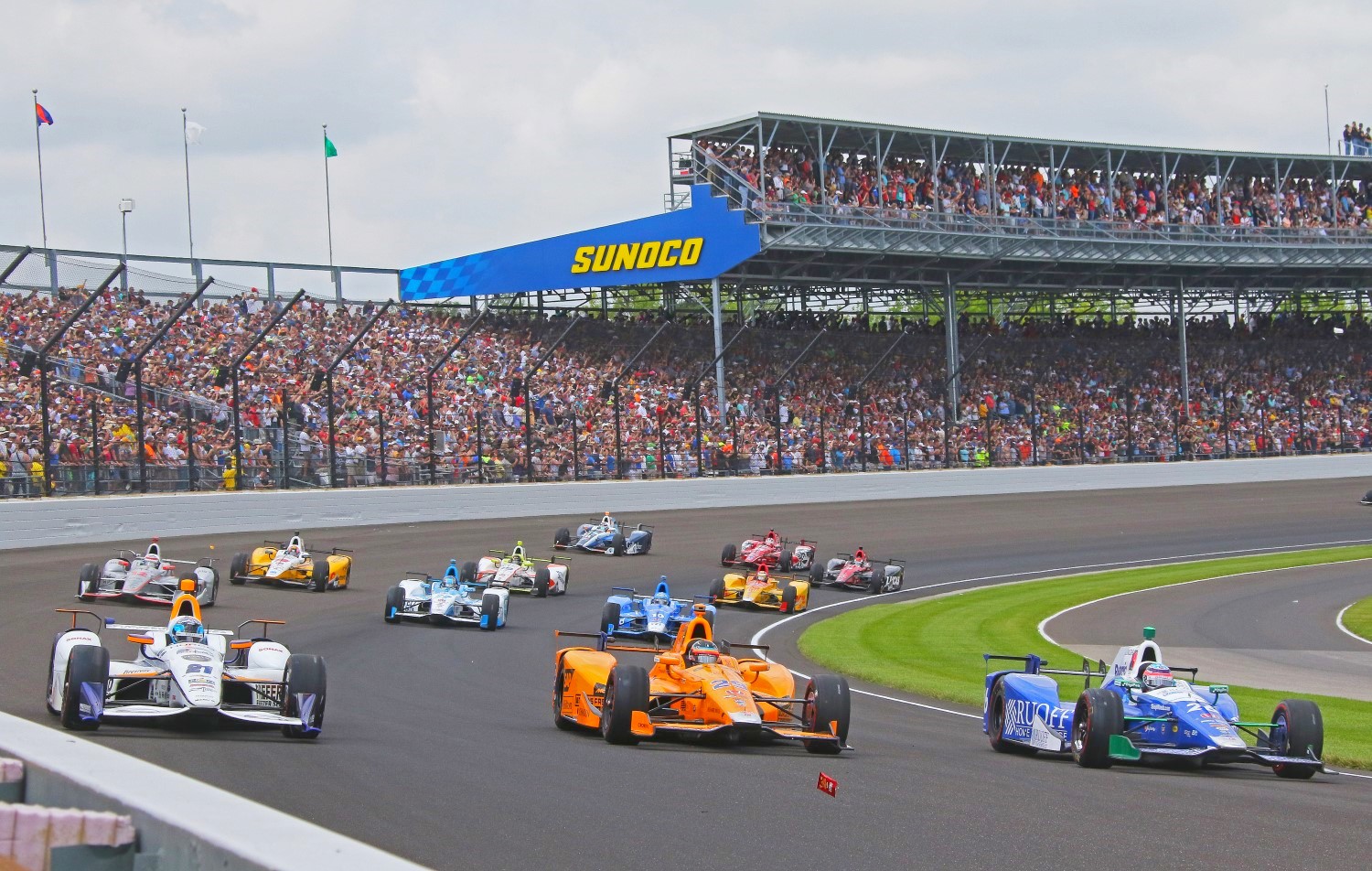 A Memorial Day weekend tradition that dates back to 1965 will come to an end Sunday, May 27, as ABC’s 54th telecast of the Indianapolis 500-Mile Race brings a five-decade long streak to a close, leaving behind a legacy of innovation and history.

The telecast of the “Greatest Spectacle in Racing" begins with a pre-race show at 11 a.m. ET and then polesitter Ed Carpenter will lead the field of 33 to the green flag at 12:19 p.m. The race telecast of the premier event of the Verizon IndyCar Series is presented by Firestone and is also available on the ESPN App and the WatchABC App.

Allen Bestwick will call the race, joined in the booth for analysis by former series drivers Scott Goodyear and Eddie Cheever. The announcer team also will include pit reporters Jon Beekhuis, Rick DeBruhl and Dr. Jerry Punch. ESPN SportsCenter anchor Nicole Briscoe will host the Pennzoil pre-race show from the Speedway’s iconic Pagoda, and SportsCenter reporter Marty Smith will join the pre-race show and take viewers inside some of the activities going on around the track.

The relationship between ABC and the Indianapolis Motor Speedway has been one of the longest-running between a network and a sporting event, with the race first airing on ABC’s Wide World of Sports in 1965.

“We have had a wonderful and rewarding relationship with the Indianapolis Motor Speedway, the Indianapolis 500 and INDYCAR and it has been our distinct honor to be partners for so many years," said Burke Magnus, ESPN Executive Vice President, Programming & Scheduling. “We wish them all the best in the future."

[adinserter name="GOOGLE AD"]The Indianapolis 500 telecast, which is annually one of ESPN’s largest and most complex television productions, will utilize a record 110 cameras, covering on-track action from dozens of locations and providing unique viewpoints such as from the pace car, a crew member’s helmet, a parachutist and cameras on cars competing in the race. The camera count also will include the use of four Super So-Mo cameras placed in all four turns of the track to enhance replay coverage.

With the revised design of cars used in the IndyCar Series this year creating more opportunities for camera placements, fans will be seeing different views and angles from four onboard cameras per car carried by 14 drivers in the race. Viewers of the ABC telecast will have the option of a second screen experience through a choice of live streaming video from the onboard cameras on the ESPN App, also including team radio communications.

Sato and Rahal will be wearing Visor Cam, a tiny camera mounted to their helmets, creating a unique view from the perspective of the driver and a true portrayal of how it feels to be inside the car. Also, Blair Julian, left front tire changer for Dixon’s pit crew, will be wearing an “over the wall" camera on his helmet, giving viewers an up-close and personal look at what a pit stop looks like from someone on the front lines.

The production will be supported by 150 technical crew members and will include 210 microphones, 16 EVS machines with 123 record and playback channels, nine mobile units and four uplinks transmitting 17 satellite paths. Some 170,000 feet of fiber cable will connect the equipment.

The opening tease for the telecast depicts the Indy 500 as a journey that is about more than the 500 miles – it’s a tradition and a race against time and the drivers and legends that have come before.

Among the features that will air during the pre-race show or in SportsCenter’s Indianapolis 500 coverage:

The Indianapolis 500 on Other ESPN Platforms

SportsCenter — Editions of SportsCenter Friday-Sunday will carry reports from the Speedway, including segments with anchor Nicole Briscoe and reporter Marty Smith. Briscoe will have a SportsCenter Sunday Conversation with the winner that will air in the evening editions of the program. Reporter Ryan McGee also will contribute to the SportsCenter coverage from Indy. Danica Patrick, making the final start of her career, appeared live on SportsCenter:AM on Tuesday morning with three-time race winner Helio Castroneves and 1998 winner (and ESPN analyst) Eddie Cheever also scheduled for SportsCenter appearances this week. SportsCenter also will air a feature with defending Verizon IndyCar Series champion Josef Newgarden and ESPN senior writer Sam Alipour doing standup comedy and an ESPN E:60 interview with Patrick, who will be hosting the ESPY Awards in July, by Hannah Storm.

ESPN.com will have on-site coverage of the Indy 500 with motorsports reporter Bob Pockrass and ESPN the Magazine senior writer Ryan McGee. In addition to daily news updates and reports, the site also plans in-depth features including Danica Patrick’s new life without racing after Sunday (Friday, Pockrass); ABC’s last Indy 500 after 54 years (Friday, McGee) and Can Josef Newgarden be the new face of IndyCar? Does he want to be? (Saturday, Pockrass).

ESPN+ — Race fans can watch dozens of historic Indianapolis 500 races stretching back to the 1960’s on ESPN+, the recently launched direct-to-consumer subscription sports streaming service from The Walt Disney Company’s Direct-to-Consumer and International segment and ESPN. The collection of Indianapolis 500 films is part of an unmatched on-demand sports library on ESPN+, which also includes the entire award-winning 30 for 30 documentary film series and hundreds more hours of content. ESPN+ also offers thousands of live events and exclusive original programs, all for just $4.99 a month (or $49.99 per year).

ESPN International — In addition to television in the United States on ABC, ESPN also distributes Verizon IndyCar Series race telecasts through a combination of ESPN networks and syndication to more than 170 countries and 100 million homes. In addition, U.S. troops serving overseas and on Navy vessels around the world can watch live via a broadcast agreement between ESPN and the American Forces Network.

ESPN Player — Again this year, ESPN Player will bring fans across Europe (excluding the UK & France), the Middle East, Africa and now parts of Asia live and on-demand coverage of the Verizon IndyCar Series season as a channel on the digital subscription service. ESPN Player is available on Mac, PC, iPad, iOS mobile and Android mobile, with high quality streaming on all devices. Information is available at ESPNPlayer.com.

ESPN The Magazine — ESPN The Magazine’s third annual “World Fame 100" issue, which goes on newsstands Friday, May 25, contains content related to the Indianapolis 500. In “Hang Time," written by Sam Alipour, defending Verizon IndyCar champion Josef Newgarden knows how to pick a line on the track. But can he do it live on a comedy stage?

ESPN Classic started helping fans get ready for the Indy 500 with airings of classic Indy 500 races throughout the week of the race. The airings began Monday, May 21, at 6 a.m. with the 2012 race and will continue all day and night through Friday, May 25, at 5 p.m.