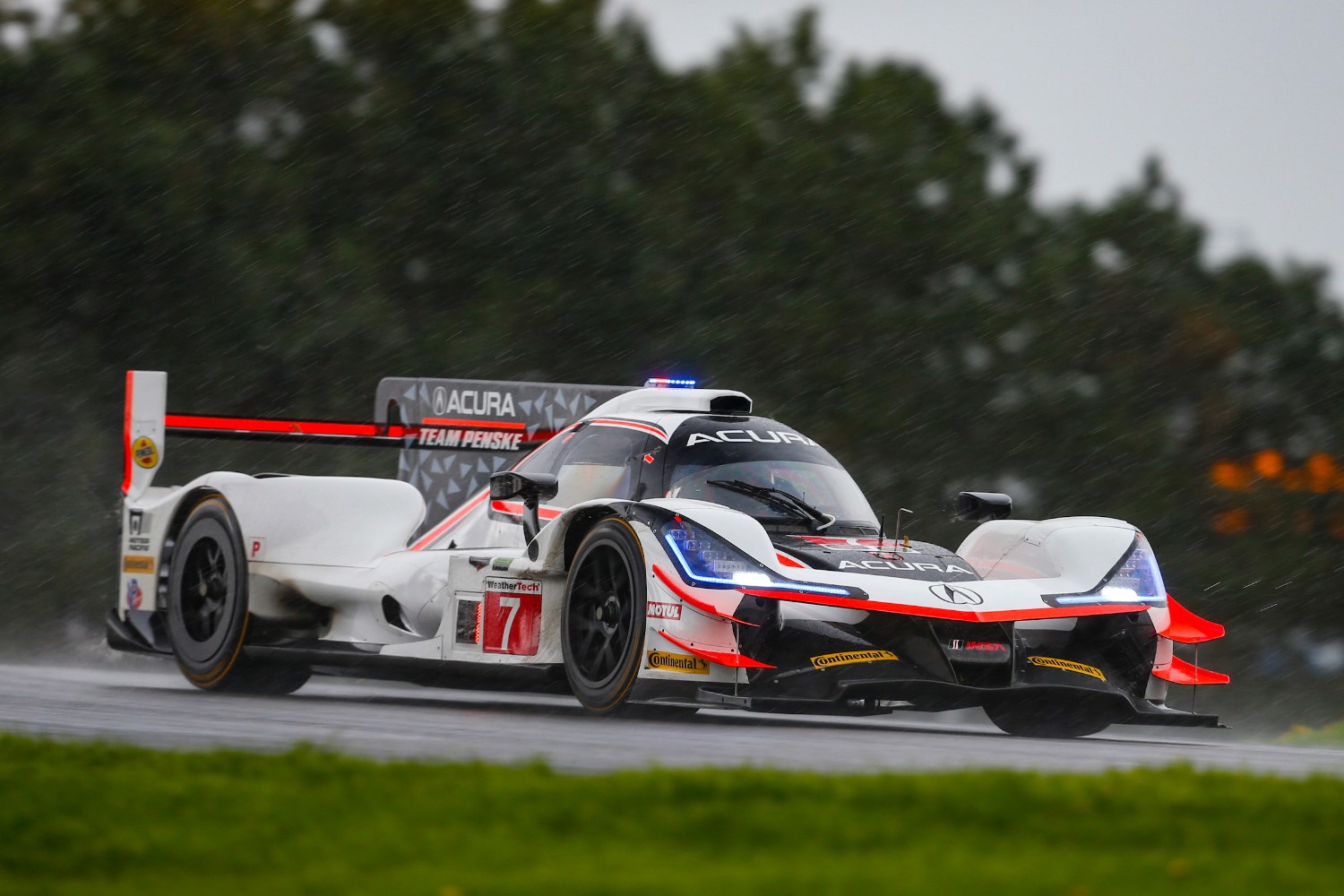 After a thrilling intra-team battle, Helio Castroneves took his Acura ARX-05 prototype to the pole in qualifying today for Sunday’s Acura Sports Car Challenge at Mid-Ohio, edging teammate Dane Cameron by just fifteen hundredths of a second on his final qualifying lap.

Acura Team Penske’s Castroneves and Cameron battled for pole honors throughout the 15-minute prototype qualifying session. With just minutes remaining, Cameron appeared to have the best lap in the #6 Acura ARX-05 he will share with Juan Pablo Montoya on Sunday, posting a time of 1:11.984 around the rolling 2.258-mile Mid-Ohio Sports Car Course.

But as he took the checkers, Castroneves jumped his teammate with a time of 1:11.837, to claim his first pole in the #7 ARX-05 he co-drives with Ricky Taylor. It’s the second consecutive pole for Acura in IMSA WeatherTech SportsCar Championship competition this year, with Montoya having taken qualifying honors at the Grand Prix of Long Beach in April.

After a difficult start to the weekend, Mazda Team Joest impressed by locking down the second row in qualifying, led by Oliver Jarvis in the No. 77 Mazda RT24-P. Jonathan Bomarito was fourth in the No. 55 Mazda, while Renger Van Der Zande the fastest of the Cadillac DPi-V.R runners in fifth for Wayne Taylor Racing.

Earl Bamber’s No. 912 Porsche and Antonio Garcia in the No. 3 Corvette Racing machine rounded out the top five, all within 0.261 seconds.