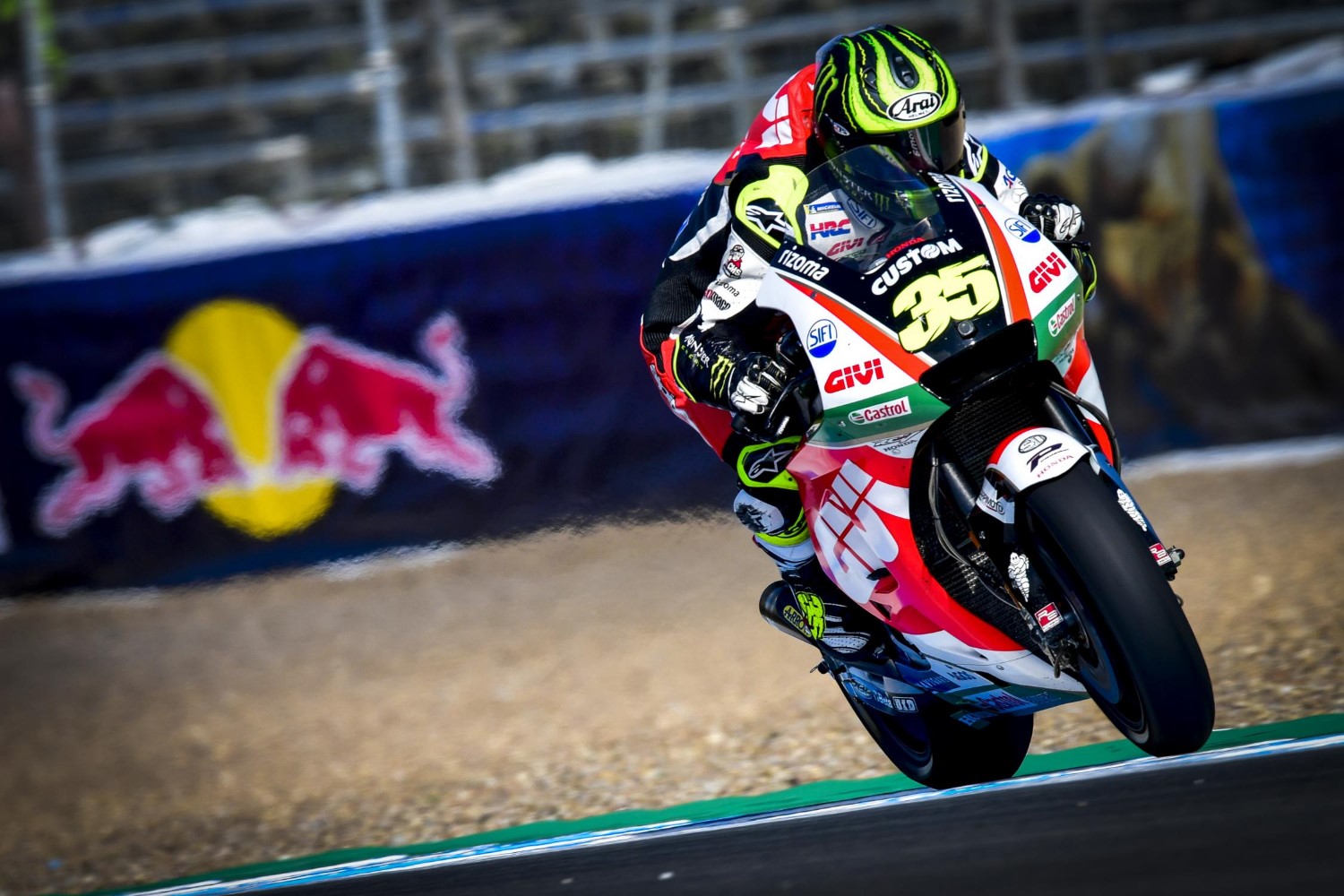 Cal Crutchlow (LCR Honda Castrol) smashed the previous pole lap record at the newly-resurfaced Circuito de Jerez-Angel Nieto, taking pole position for the first time since the 2016 British GP at Silverstone in some style as he topped the session and then went even faster. Fellow Honda rider Dani Pedrosa (Repsol Honda Team) – the winner at Jerez in 2017 – put in another stunner to take second despite his ongoing recovery from a broken wrist sustained in Argentina, with Johann Zarco (Monster Yamaha Tech 3) in third to make it eight times in a row the Frenchman will be starting the race from the front row. Reigning Champion Marc Marquez (Repsol Honda Team) lines up fifth.

It was a tense final shootout at the end of the session, and many eyes were on Marquez as the number 93 pushed and consistently lit up the first sectors red – and then just lost out before the line. Unable to improve on his initial fast lap, the six-time World Champion was pushed off the front row and then down to fifth as Jorge Lorenzo (Ducati Team) – the previous pole lap record holder – lit it up to take fourth and head up Row 2 at the venue at which he took his first podium for Ducati. It’s a big leap forward after a tough start to the season, with the five-time World Champion consistently the quickest Borgo Panigale machine for much of the weekend and only 0.013s off the front row.

Alex Rins (Team Suzuki Ecstar) and teammate Andrea Iannone, after topping FP4 in reverse order, line up sixth and seventh respectively – with the Hamamatsu factory a threat for the front throughout. Rins, who is racing in his first Spanish GP in the premier class after missing the event in 2017 due to injury, was only 0.007 off Marquez and just 0.003 ahead of Iannone.

Championship leader Andrea Dovizioso (Ducati Team) lines up eighth after he was left heading through – and going fastest in – Q1, but the gap was small once again, with the Italian only 0.042 off his compatriot ahead of him. Fellow Italian on Borgo Panigale machinery Danilo Petrucci (Alma Pramac Racing) completes the third row.

It was a more difficult day for Movistar Yamaha MotoGP, however. Valentino Rossi will line up tenth after just edging out his teammate by 0.014, with Maverick Vinales therefore lining up P11. Vinales, along with Dovizioso, was a graduate of Q1.

There we have it – the grid for the Spanish GP. With Crutchlow on pole, master-of-Jerez Pedrosa in the middle of the front row and no-holds-barred Zarco just alongside, it will be a stunning start…not even counting lightning-fast starter Lorenzo in fourth, and the reigning Champion with a point to prove shooting through from fifth. The top twelve are covered by eight tenths…