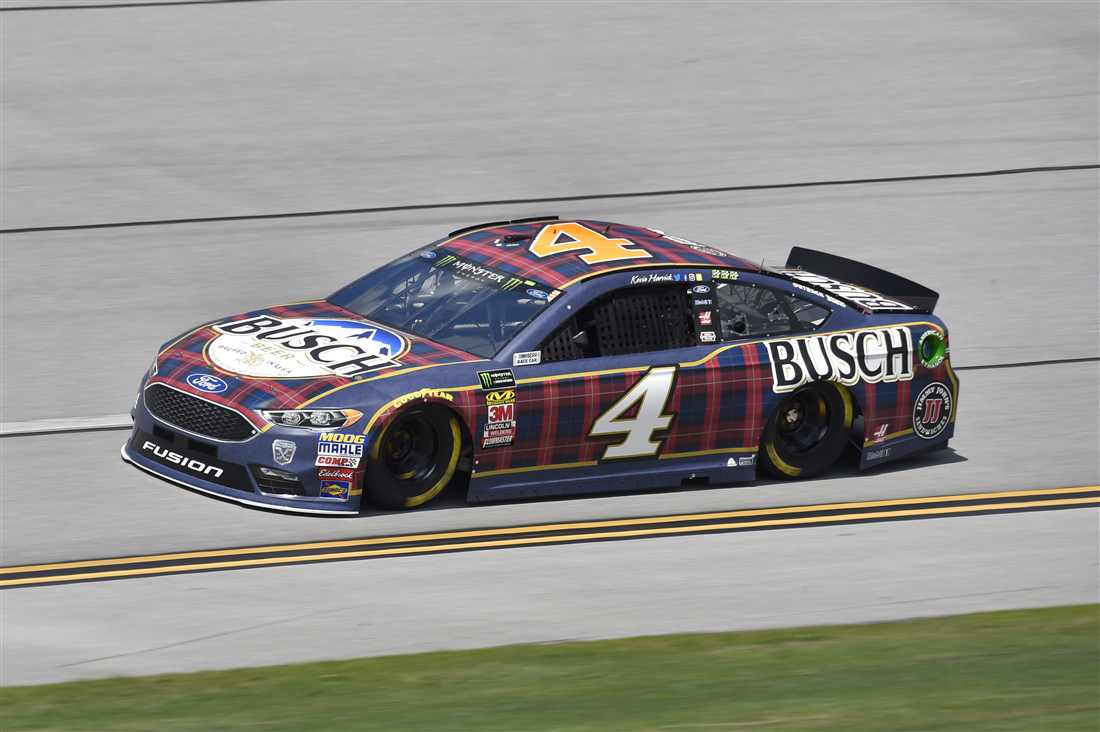 Kevin Harvick hadn’t won a pole at a restrictor-plate track since 2005.

But those two Stewart-Haas Racing Ford drivers were the class of the field during time trials on Saturday at Talladega Superspeedway, where Harvick outdueled Busch to secure his first Busch Pole Award of the season.

“We had no clue as to how fast the car would actually run," said Harvick, who scored his lone victory at Talladega in 2010. “We knew we had a fast car, but we didn’t do any qualifying runs (in practice) or anything like that."

In fact, Harvick’s run in the first round was halted when teammate Aric Almirola’s Ford spun out of control with a tire down, and Harvick ran through the debris from the No. 10 Ford.

[adinserter name="GOOGLE AD"]“The first indicator was the first time on the race track, and that was even a little bit of a question, because of the fact that we had to change the tires and cool the engine down," Harvick said. “We didn’t know what the pickup in the car was going to be – or not be.

“It’s always a little bit of a surprise."

Harvick’s pole-winning run in the No. 4 Ford denied Busch a milestone he coveted.

“I’ve never been on the pole for a plate race and wanted to check it off," Busch said. “It was a bucket-list item. I really wanted the pole today.

“But two Stewart-Haas Fords on the front row – we’d have loved to have gotten the pole, but we’re outside pole, and I’m proud of our Monster Energy Ford."

Chase Elliott qualified fifth in the fastest Chevrolet (192.754 mph), followed by Erik Jones and defending race winner Ricky Stenhouse Jr.. Series leader Kyle Busch, who is seeking a fourth straight victory, failed to advance to the second round and will start 19th.