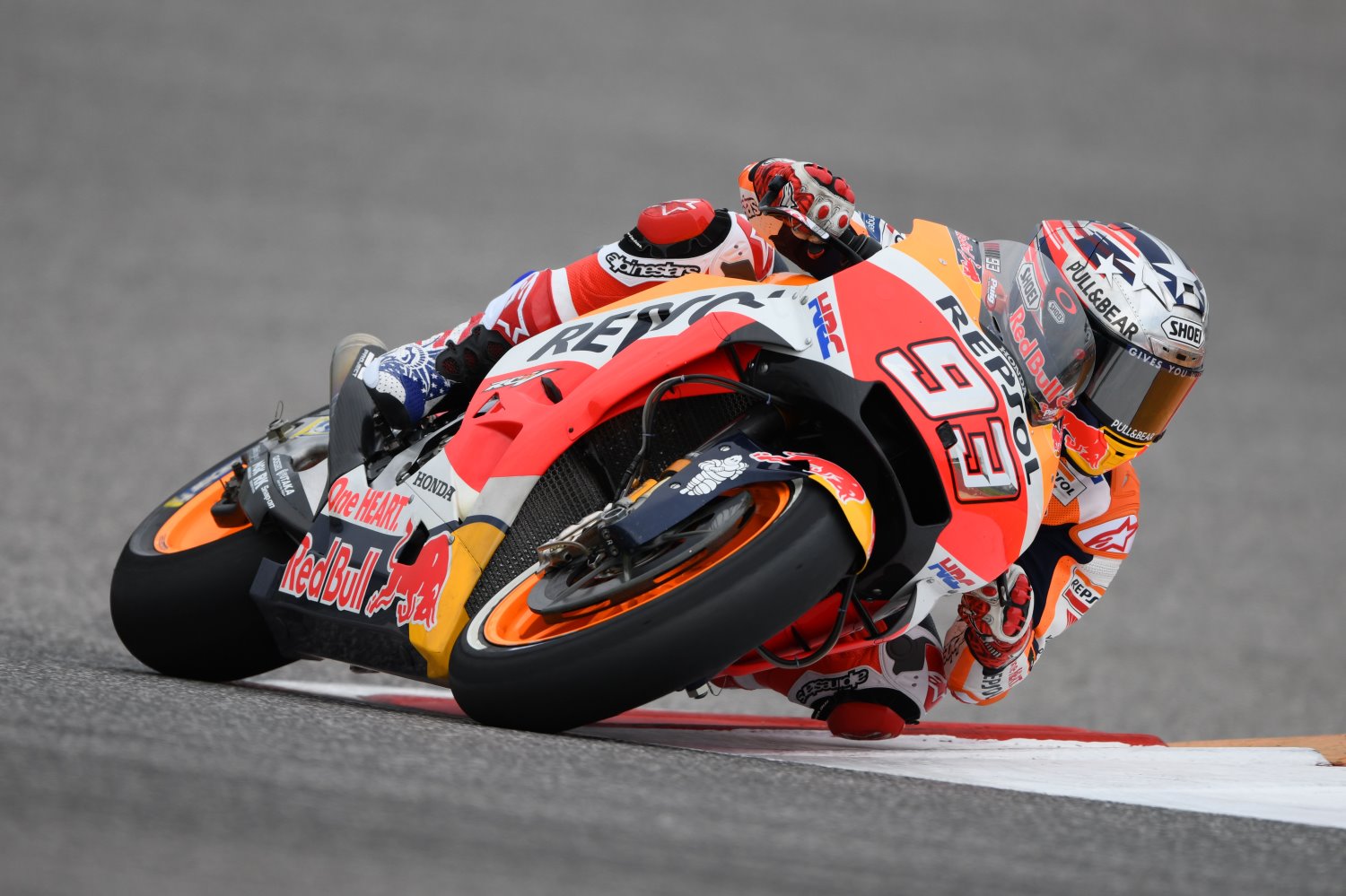 Things got pretty hot in Texas in qualifying for the Red Bull Grand Prix of the Americas, with drama first striking as reigning Champion Marc Marquez (Repsol Honda Team) took a tumble at Turn 13 and was heading back to the garage on the back of a scooter as his rivals started to threaten his provisional pole. But the number 93 was able to get back out, and set a sixth pole position at the Circuit of the Americas – closely followed by the man who seems set to try and challenge him on Sunday, Maverick Vinales (Movistar Yamaha MotoGP). It wasn’t done there, however.

Vinales, after an impressive show of race pace earlier in the day in FP4, came across a slower-moving Marquez on his first flyer on his second run and was forced to abandon the lap. Nevertheless, the Spaniard set the second quickest lap on a final push – and he’ll be starting from pole. After the incident between the two men was investigated by the FIM MotoGP™ Stewards, Marquez was given a three-place grid penalty and will therefore actually start from fourth.

Andrea Iannone (Team Suzuki Ecstar) – another man who has been key competition for Marquez in practice – set the third fastest lap and will be starting from the front row and now second place, with Johann Zarco (Monster Yamaha Tech 3) bumped back onto the front row to make it seven races in the row the Frenchman has lined up there.

[adinserter name="GOOGLE AD"]He had Valentino Rossi (Movistar Yamaha MotoGP) for very close company on the timesheets; the Italian just 0.019 back and now starting fifth, next to Marquez now heading up Row 2. And it was just as tight for sixth and the final spot on the second row, as Jorge Lorenzo (Ducati Team) was only another 0.065 in arrears behind the ‘Doctor’. Three men certain to attack right from lights out, with 20 World Championships between them.

Championship leader Cal Crutchlow (LCR Honda Castrol) took seventh as he aims to keep his points lead on Sunday, and he’s just ahead of the man chasing him in the standings, Andrea Dovizioso (Ducati Team) – who’s won off the third row before.

Dani Pedrosa (Repsol Honda Team) completes that star-studded third row. The three-time World Champion is racing only a week and a bit after surgery on a broken wrist sustained in the Argentina GP, and not only gained direct entry to Q2, but took a third row start in another superhuman effort.

It’s set up to be a stunner, with Vinales alongside Marquez and Rossi and Zarco gunning from Row 2. Think you can call it in the MotoGP League? Iannone already said it on Friday: “Anything is possible!"

Marc Marquez 93
POLE POSITION 2'03.658
“Basically, today was good for us, as we were the fastest in qualifying and, most importantly, were able to keep a good race pace in FP3 and FP4. Of course qualifying was a bit hectic. I crashed and had to take my second bike for the second run. I went out, and unfortunately I didn’t expect Maverick to arrive behind me because I was focused on Andrea (Iannone), who was waiting ahead and who I knew could be very fast. I apologized to Maverick but I didn’t realize he was behind me until I heard his engine. So tomorrow I’ll start from fourth. It will be important to choose the right tire; we’ve worked a lot on used tires and I was able to be consistent during the practices, but this track is quite physically demanding and tomorrow the temperature should be higher, so we’ll see. We’ll try and remain fully concentrated."