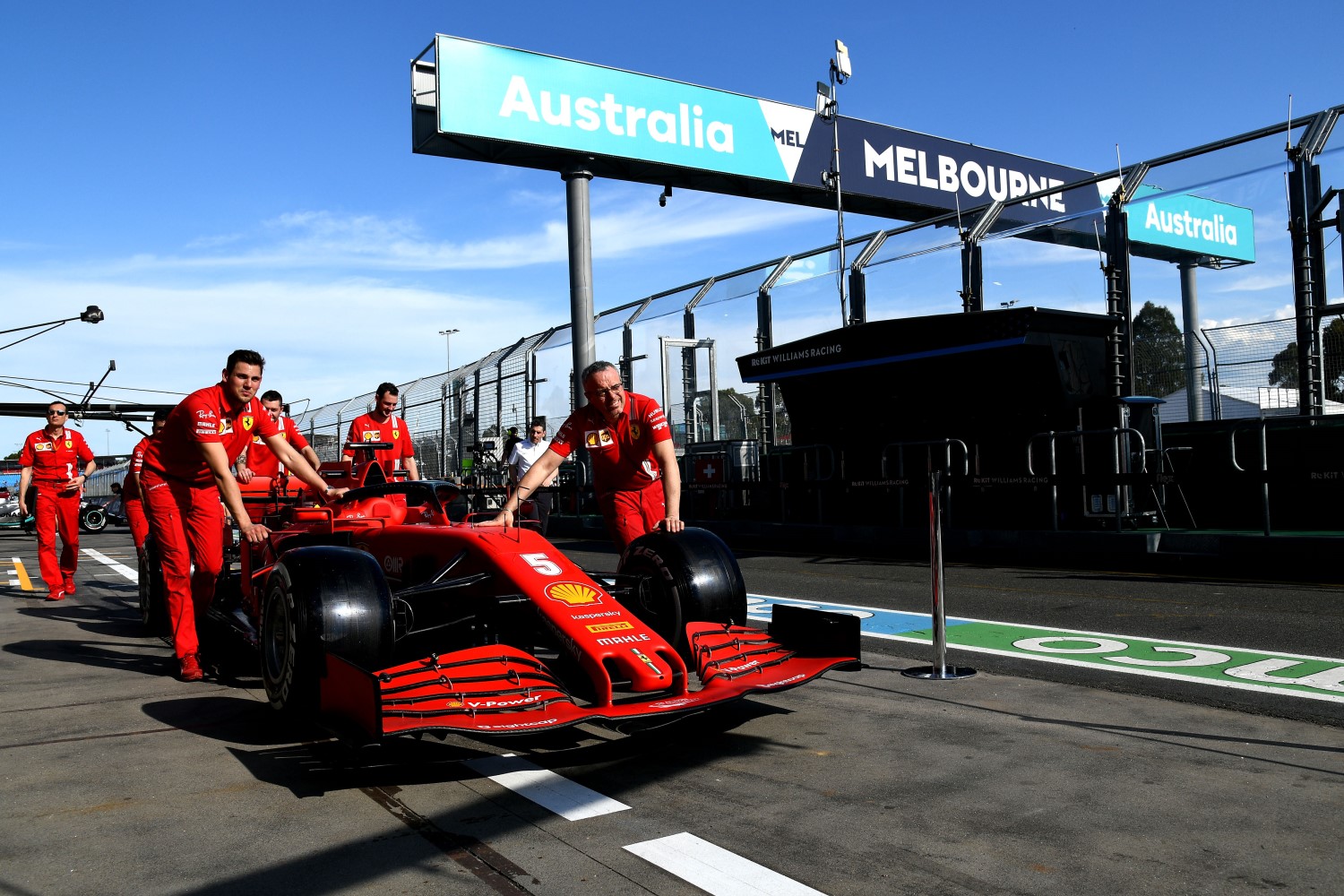 (GMM) Formula 1 is in an unprecedented crisis as the ever-worsening coronavirus situation grips the Melbourne paddock and threatens the entire 2020 season.

The NBA season has been suspended, Formula E is close to halting its entire calendar for two months, the US has banned travel from Europe and the World Health Organisation has finally declared a global pandemic.

And yet, at Albert Park, the show goes on.

"We shouldn't spread too much panic, because in the end it's impossible to assess what is actually going to happen," said Sebastian Vettel.

However, it is definitely not business as usual. Team members of the Haas, McLaren and Williams teams have symptoms, and are now in isolation and awaiting test results.

There are rumors that staff of Ferrari and Alpha Tauri also have symptoms.

"They're all from different teams," Haas boss Gunther Steiner told Blick newspaper. "We need to be particularly careful."

He said the affected Haas team members are an engineer and three mechanics. "At the moment we can cope," said Steiner.

Media day on Thursday is vastly different than usual.

Daniel Ricciardo has been excused from some duties, Max Verstappen is enforcing a two-meter zone from journalists, and the entire paddock is wondering if a confirmed COVID-19 case will mean the race and perhaps even the season is off.

In Melbourne, state chief health officer Brett Sutton told local radio that a positive case that originated in the F1 paddock will mean that "all of the people they've exposed" will be quarantined.

"If there is much more bad news, this grand prix is over," a source in Melbourne said.

And not just the race season is in peril. If there is an outbreak within F1's traveling circus, it is possible that entire factories will be closed.

"The engineers could work from home," a member of the Alfa Romeo team said. "But that is not possible with production."

When asked to predict what will happen next, Renault sporting director Alan Permane said: "We are planning from hour to hour, day to day.

"But in the worst case scenario, we expect the season to end after two races."

Some are pointing the finger at the FIA and Liberty Media, alleging a lack of communication and action in the face of the sport's worst ever crisis.

"We don't know what has been put in place at the minute," said Alex Albon, amid reports that the Grand Prix Drivers' Association is concerned and angry.

"It's a serious problem," the Red Bull driver added.

Renault's Cyril Abiteboul, whose 2020 livery reveal event in Melbourne was almost completely overshadowed by the coronavirus crisis, told Canal Plus: "We have to be very careful about our message.

"I think it is our duty to be a role model. We have to find a balance between the appropriate and vigilant response and the principle that the show must go on.

"If you're not worried, you're living on another planet," the Frenchman added. "It was inevitable that Formula 1 would be affected by the coronavirus.

"Of course I want us to race," Abiteboul said. "But not at any price."