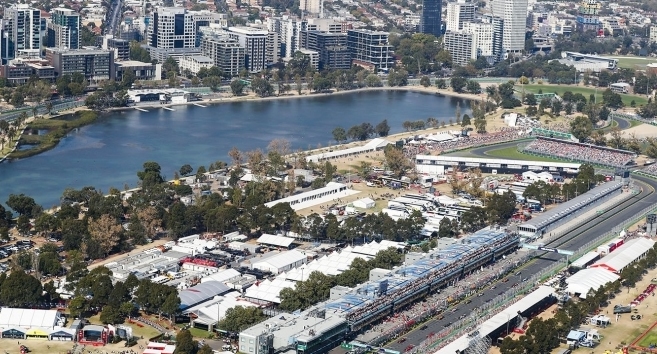 (GMM) The coronavirus threat continues to close in on the start of F1's 2020 season.

With preparations in full swing for the season opener and the teams and drivers already in Melbourne, news suddenly broke that a man confirmed to have coronavirus recently visited the Albert Park hotel.

The hotel is now locked down.

"The hotel has been deemed safe by Vic Health, but will remain closed as staff who were working on Saturday self-isolate for two weeks," the hotel announced.

Victorian state premier Daniel Andrews admitted that the next step will be to cancel sports events.

"It is simply unacceptable to allow people in those numbers, in that scale, that close together," he said. "All you are doing in promoting the spread of the virus."

However, he added: "We are not canceling the grand prix, or footy the week after. Now is not the time for these things."

Race promoter Andrew Westacott, however, is no longer so sure.

"With what is happening in the world right now, we can't rule anything out," he is quoted by La Gazzetta dello Sport.

"But at the moment is seems highly unlikely that we'll do the weekend behind closed doors. It's not a decision I would make."

Miley Cyrus has called off a concert at Albert Park, which was scheduled for Friday.

"We have received advice from Miley Cyrus' team that she has chosen not to travel to Australia," said race boss Andrew Westacott.

The anxiety in Melbourne itself is obvious. Race organizers have put out hand sanitizer stations for the public, and Sky Italia and SRF (Switzerland) decided to ban its reporters from traveling to Australia.

"The team has given everyone a survival package with a mask and disinfectant," an Alfa Romeo mechanic told Blick newspaper.

Next weekend, F1 is set to move on to the no-spectator Bahrain GP, but some in Melbourne are worried that they will struggle to make it to the island Kingdom.

Currently, flights from Australia are not going through Dubai or Singapore. Mervi Kallio, a reporter for Finland's C More, said: "If the routes are not opened, I can't get anywhere. Maybe I can swim," she joked.