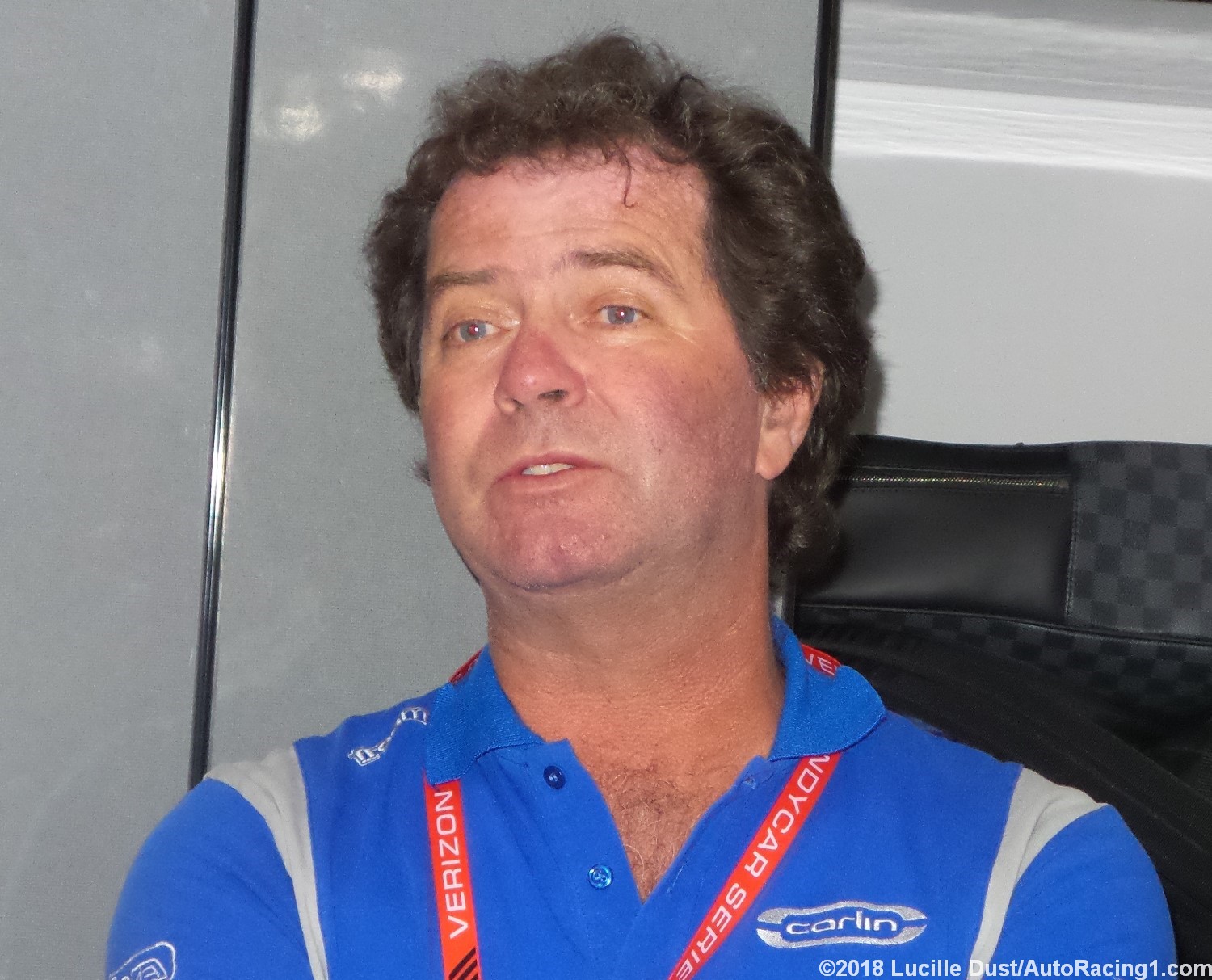 INDIANAPOLIS (March 10, 2020) — This is the 11th of a 12-part series of comprehensive team previews as the NTT INDYCAR SERIES prepares for the season-opening Firestone Grand Prix of St. Petersburg set for March 13-15 on the streets of St. Petersburg, Fla.

The preview series features each of the full-time teams as well as teams running a partial schedule that includes the season-opening race. Today's featured organization: Carlin.

2019 Recap: Carlin's sophomore NTT INDYCAR SERIES season exhibited the young team's resiliency as a mix of drivers made up their lineup. Even with the changing driver lineup, the team was quick to adapt and still recorded four top-10 finishes on the season. Charlie Kimball paced the team with a pair of top-10 finishes while Pato O'Ward and Daly added one each. Daly's sixth-place finish at World Wide Technology Raceway at Gateway marked the team's highest finish of the season. Chilton was back in the No. 59 Gallagher Carlin Chevrolet for his fourth NTT INDYCAR SERIES season recording 12 starts while Sage Karam and RC Enerson joined Chilton, Kimball, O'Ward and Daly to round out the talented crop of drivers to compete with the team in 2019. Carlin completed more than 92 percent of all laps in the season and improved their average starting and finishing positions by more than three spots from the previous season.

What's New for 2020: Chilton has been confirmed for the road courses and street circuits, plus the Indianapolis 500, and will once again share the No. 59 Gallagher Carlin Chevrolet with Daly, who will compete in the remaining four ovals. Nasr will make his NTT INDYCAR SERIES debut with the team for the season opener in St. Petersburg, Fla., in the No. 31 Carlin Chevrolet.

Key An Eye On This: It will be interesting to see how Nasr performs in the season opener. The Brazilian topped the timing charts on the first day of last week's pre-season test in Sebring with a total of 15 series drivers and was bettered only by Chilton on day two. Keep an eye on how that preseason pace translates once the season gets underway.

Season Outlook: Still finding their feet in its third season, the team is looking to make some major breakthroughs in 2020.

"A Different Breed" Notable: Chilton has competed on only six oval tracks in his career, but he nearly won the 2017 Indianapolis 500. He led a race-high 50 laps and finished fourth. Carlin has amassed more than 400 wins in the numerous series that the team competes in globally and is looking to carry that success onto their American open wheel program.

Owner's Take: "It's no secret that the 2019 season was a bit challenging for us, but I am so proud of the way our team responded to the challenge coming out even stronger on the other side. We used this offseason to really focus on development and we feel that we've made some major strides forward. The amount of growth that our INDYCAR program has made in just two short years since we joined the series has been impressive to say the least, and we're very proud to be coming back for our third consecutive season with two full-time entries." – Team Principal Trevor Carlin