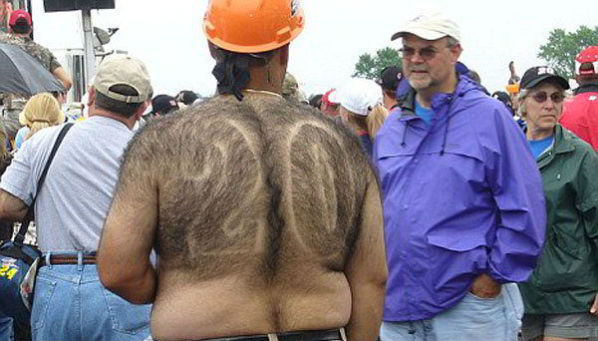 The prospect of racing EVs is "certainly part of the discussion" NASCAR is having with automakers and other stakeholders, said Mark Rushbrook, global director of Ford Performance Motorsports.

"We all need to be looking to the future and deciding when is the right time" to introduce new technology, Rushbrook said. "Those are the kinds of discussions that we have with NASCAR, one on one as a manufacturer, and also with the OEM council."

NASCAR declined to comment on its interest in EVs. But as a marketing proposition, there are merits on which NASCAR and its automaker partners could seize.

NASCAR and its partners are turning to alternative energy sources, among other measures, to reduce their environmental impact.

NASCAR uses a 15% ethanol blend biofuel, which it says reduces greenhouse-gas emissions up to 20% while increasing horsepower. Drivers have raced more than 10 million competition miles on the biofuel.

NASCAR offers automakers a rare window to reframe the virtues of electric and electrified vehicles to the car-buying public represented by families that watch races on TV and at the track.

Yes, the cars are quiet and free of tailpipe emissions, but they also deliver capabilities that might appeal to traditional racing fans — technological sophistication, fast acceleration from high-torque motors and steady handling.

Nye's article cites figures showing how the torque numbers on an unmodified Tesla Model S — "a true stock car" — compare favorably with a typical NASCAR vehicle that is heavily modified for racing.

Automakers made the mistake early on of marketing EVs as fuel-saving vehicles, with a long-term return on investment, rather than as performance vehicles that deliver quick driving thrills, said Mike Ramsey, an analyst at Gartner Research.

"The way to convince skeptical fans is to say, 'Look, if you want the fastest cars, the cars that are the most interesting [to drive], we need to think about'â€‰" including EVs, Ramsey said.

Beyond marketing, NASCAR could give EV makers an r&d platform to tune vehicles for extreme driving conditions and optimize their battery range and fast-charging technology.

For the fans, the sight of fast battery-swapping technology designed for the pits might help reduce range anxiety and demonstrate a potential refueling option that doesn't take hours or days.

Racing EVs would also speed development of new design and materials technology to boost aerodynamics and weight reduction — a must for EVs saddled with heavy batteries.

Technologies developed for the racetrack would eventually trickle down to EVs on the showroom floor. But getting EVs onto the NASCAR track won't be easy, and would surely test the loyalty of an audience that's already shrinking thanks to the absence of popular drivers and disenchantment with frequent rules changes.

Unlike the upscale Formula One international racing circuit and its Formula E electric offshoot, which features mainly European teams and drivers, NASCAR appeals to a mainstream audience whose stronghold in Middle America overlaps little with the hotbeds of green vehicles or the states that have EV mandates and more exposure to EV marketing.

"NASCAR was one of the last to let go of carbureted engines, so I really don't expect them to adopt any kind of electrification," said Sullivan, analyst with AutoPacific. "For NASCAR, it would be like they are having a bit of an identity crisis."

Even so, change is blowing in the direction of greener vehicles. The case for letting EVs race is strengthened by changing demographics and concerns over climate change, even though those concerns aren't significantly reflected yet in sales of hybrids and EVs.

About 20 percent of Americans say they would likely go electric for their next vehicle purchase, up from 15 percent in 2017, according to a AAA survey published last month. The survey found declining concern among consumers about running out of electricity en route, or the lack of charging infrastructure, as battery ranges improve.

Ford has said it will invest $11 billion in electrified powertrains by 2022 and have 40 hybrids or fully electric vehicles by then.

"We are considering motorsports competitions and events related to electrified vehicles in order to demonstrate the off-road capabilities of our future products," Ford Motor Co. CFO Bob Shanks said during the company's annual shareholders meeting, responding to a question about the importance of racing in the company's future.

Historically, automakers saw a bump in sales of whatever brand or model won the weekend NASCAR race — even though the cars on the track had nearly nothing in common with the model in the showroom. "Win on Sunday, sell on Monday" is an old auto industry saw.

"We know that we are able to use [NASCAR] to sell other products that we aren't racing," Ford's Rushbrook said. "Racing Ford Fusions in NASCAR today helps us sell F-150s."

NASCAR recognizes the zeitgeist and is taking baby steps toward better environmental stewardship. The organization races with a 15 percent ethanol blend biofuel, which it says reduces greenhouse emissions up to 20 percent while increasing horsepower. Several NASCAR teams and tracks rely on solar power as an energy source, including the Daytona International Speedway, Indianapolis Motor Speedway and Michigan International Speedway.

The introduction of EVs would be a far bigger change to the core product that would no doubt elicit protests from NASCAR purists.

"Switching over to battery-powered vehicles in NASCAR is not going to be a simple thing to do," Ramsey said. "There's going to have to be enlightened leadership."

But as Toyota has shown, initial opposition to changing what seem like the pillars of NASCAR can evaporate over time.

In 2007, as it gobbled up market share from the Detroit 3, Toyota entered NASCAR's Sprint Cup Series, drawing protests from fans who viewed the series as the domain of American automakers. Over time, fans embraced foreign automakers in NASCAR as Toyota proved itself on the track.

Similarly, NASCAR must evolve with customer preferences if it hopes to stay relevant, analysts say.

"If at some point EVs become a substantial portion of the U.S. consumer's personal transportation, as a racing organization you have to be able to keep pace with where the consumers are going for their vehicles of choice," said Karl Brauer, executive publisher at Kelley Blue Book and Autotrader.

NASCAR's willingness to embrace EVs might be tested as the series looks to add a fourth automaker. Fiat Chrysler Automobiles' Dodge brand wants in, but so does Nissan, which has perhaps the most EV cred among mass-market brands, owing to the Nissan Leaf.

"Nissan being in [NASCAR] would lend more energy to the idea of going EV eventually," Brauer said. "Depending on [which manufacturer] gets in there, I think that would certainly be a component of how long it would ever take to get EVs into NASCAR."

While the technical challenges to racing battery-powered vehicles can be overcome with money and ingenuity, there's no getting around the fact that an electric NASCAR would make for a different day at the track for fans.

"People go to a racetrack because it's this emotional experience," Brauer said. "And I think you're taking a lot of the emotion away when you take the sound away." Urvaksh Karkaria/Automotive News

Michael Martinez contributed to this report.