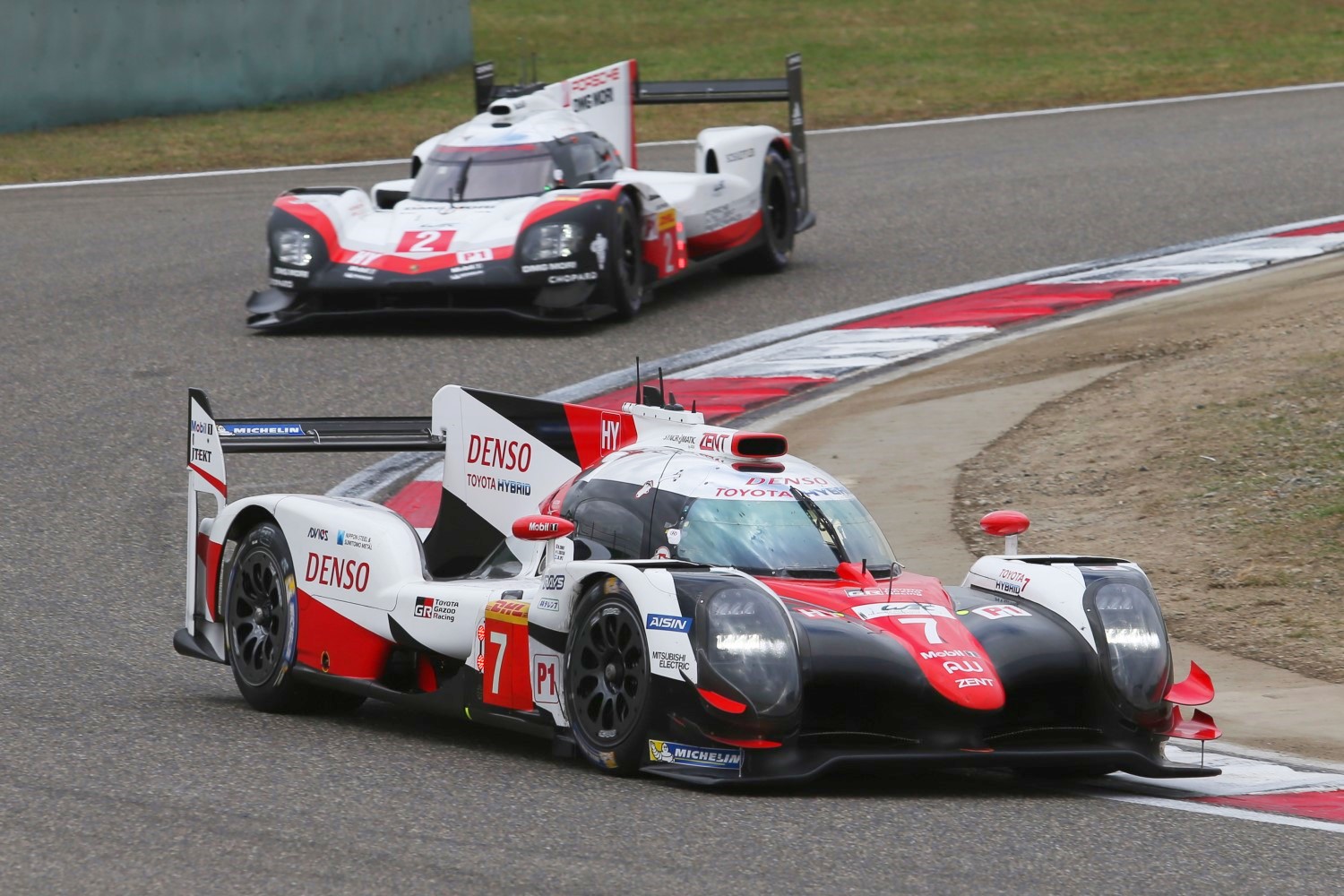 Toyota Gazoo Racing is determined to end the year on a high with another one-two victory in this weekend’s 6 Hours of Shanghai to extend its World Championship lead.

The eight-round 2018-19 FIA World Endurance Championship (WEC) runs from this May to next June so the Chinese event, held at the 5.451km Shanghai International Circuit, marks not only the start of the second half of the season, but also the final round of this calendar year.

Toyota Gazoo Racing travels to Shanghai in a positive and determined mood following its impressive one-two victory in the 6 Hours of Fuji on home ground in Japan last month, which established a 14-point lead in the teams’ World Championship over nearest rivals Rebellion Racing.

The drivers’ World Championship is currently a fight between the two Toyota Gazoo Racing crews after Mike Conway, Kamui Kobayashi and José MarÃ­a LÂ¢pez in the #7 TS050 HYBRID rejuvenated their title challenge with their first win of the season at Fuji.

However with two wins from four races, including the Le Mans 24 Hours, Sébastien Buemi, Kazuki Nakajima and Fernando Alonso in the #8 TS050 HYBRID are leading the standings by 13 points ahead of what promises to be another close and exciting fight between the two TOYOTAs.

The team has a strong record in China having won on three of its previous six visits to the Shanghai International Circuit, located around 40km from the city center.

To prepare its challenge for a repeat victory, and a seventh win from the last eight WEC races, the team will begin optimizing its 1,000hp, four-wheel drive TS050 HYBRID race cars during two 90-minute practice sessions on Friday. Qualifying takes place on Saturday while the race begins at 11am local time on Sunday.

Hisatake Murata, Team President: “We have been working hard over the past few weeks to prepare for the 6 Hours of Shanghai. Although our cars have shown strong performance in the first four races of this season, we know that any mistake or technical issue can have a big effect on the World Championship fight so we are well prepared. Shanghai is also the beginning of the second half of this season; it is a restart of our effort, with Le Mans 2019 as our target. This means we will continuously look for weaknesses and solutions so that we return to Le Mans as a stronger, more effective team. The road to Le Mans 2019 starts now."

Mike Conway (TS050 HYBRID #7): “It’s hard to believe we are only now reaching the second half of the season but this means there are a lot of trophies and points still to fight for. Kamui, José and myself enjoyed the winning feeling at Fuji so we’d love to experience that again, but the main target is to get another one-two for the team who are always pushing so hard to give us a strong car."

Kamui Kobayashi (TS050 HYBRID #7): “After our victory at Fuji, I am really excited about the Shanghai race. Our car has generally gone well there in the past so I expect us to be strong again, but we saw in Fuji that the non-hybrid cars are able to set competitive lap times so we cannot afford any mistakes. It was great to get our first win of the season in Fuji; I hope we can fight for another victory in China."

Jose MarÃ­a Lopez (TS050 HYBRID #7): “This will be my second time to race in Shanghai in WEC and I’m looking forward to the weekend. Shanghai is an interesting track that isn’t easy with the traffic; you can lose a lot of time but it’s also important not to take risks. It should be another interesting battle with the #8 guys, plus we don’t know how quick the non-hybrid cars will be so it could be an exciting race."

Sébastien Buemi (TS050 HYBRID #8): “I am looking forward to Shanghai. We had a strong one-two for TOYOTA at Fuji so we want to fight for the win again in Shanghai to increase our lead in the World Championship. Shanghai has been a good circuit for me in the past in both WEC and Formula 1. It’s a long circuit with lots of flowing corners which I’m sure will suit our car quite well."

Kazuki Nakajima (TS050 HYBRID #8): “Shanghai is a tricky track, particularly with traffic. The lay-out of the circuit means you can lose quite some time behind the slower cars and offline there are a lot of marbles. There will be plenty of things happening I’m sure so it should be an exciting race. We need to keep our heads down and push to secure first and second as we did in Fuji."

Fernando Alonso (TS050 HYBRID #8): “Shanghai will be another interesting race I think, so I am looking forward to it. We’re in a good position in the World Championship fight thanks to the hard work of everyone in the team but our target is to extend that lead in Shanghai. It will not be easy, as always, but we will be pushing for another one-two for a perfect start to the second half of this season."

Can Ford Score a Shanghai Hat-Trick?

The Ford Chip Ganassi Racing team is on the hunt for a hat-trick this weekend as it heads to Shanghai in China for round five of the 2018-19 FIA World Endurance Championship.

Shanghai has been a happy hunting ground for the Ford GT, scoring a 1-2 in its first year in the WEC in 2016, before taking the win again last year.

“The last race (at Fuji) was incredibly close and we expect this next one to be exceptionally close too," said team principal George Howard-Chappell. “The Fuji result didn’t do Stefan and Olivier’s championship fight any favors so they will be pushing hard to get a good haul of points this time out. Andy and Harry have won every time we’ve been to Shanghai so I wouldn’t bet against them doing it again. There is a long break after Shanghai before the next round at Sebring in 2019, so it would be good to go into the winter with a strong result."

Mucke and Pla got their season off to a flying start at Spa with a win but since then the podium has stayed out of reach. They want to score as many points as possible this weekend to get their championship challenge back on track.

“We’re hoping that things will go our way in China," Pla said. “Fuji was very frustrating as we have the pace to be on the podium, but the results are not going our way at the moment. It’s important that we all stay positive and keep pushing as hard as we have been to turn things around in China. We have a strong team behind us and I think we will have a good weekend."

Priaulx and Tincknell know how to win in Shanghai. They had to fight for it last year and they know it’s going to be closer than ever this time around.

“We have many good memories from Shanghai as we’re undefeated there," Tincknell said. “I remember Andy and I turned up in 2016 having never seen the track before and struggled initially before grabbing pole position and converting that into a win, which was very sweet.

“Last year was the toughest win of my career. It was a topsy-turvy race with lots of different tire strategies going on. Andy had to make some great passes when he had the new tires and I had to defend for my life lap after lap when I had the old tires. I remember just taking it corner by corner, holding off the Porsche, counting down the laps until I could get on some fresh rubber. It was absolutely exhausting being attacked from all sides but that made it even sweeter when we took the win. We’re going for the ‘three-peat’ this weekend!"