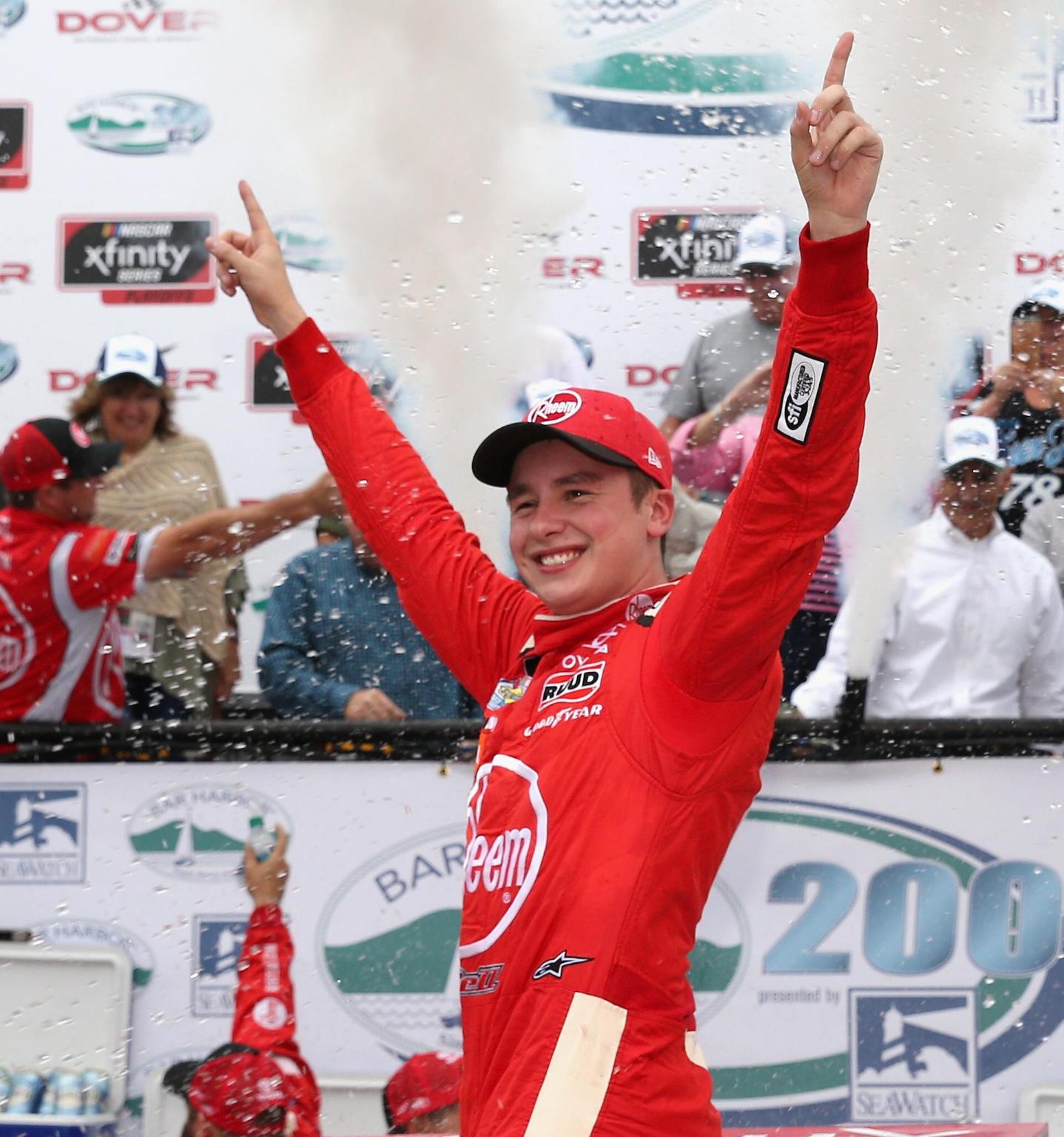 In a scene that has become all but routine this season, Christopher Bell won Saturday's Bar Harbor 200 at Dover International Speedway, collecting his sixth victory in his rookie year in the NASCAR Xfinity Series.

What was not routine was the desperation battle for the final spot in the Round of 8 of the Xfinity Playoffs. In the closing moments of the race, after a restart on Lap 184 of 200, Matt Tifft and Ross Chastain dueled for the right to move on to the next round, with Tifft getting the edge by three points and ending Chastain's Cinderella run.

Already locked into the Round of 8 by virtue of his Round of 12 victory at Richmond, Bell led the field to a restart with 17 laps left and pulled away for the victory, eventually taking the checkered flag .525 seconds ahead of Cole Custer, who also advanced to the next round of the Playoffs.

"It the means the world," said Bell, who broke a tie with Greg Biffle, Kyle Busch and Carl Edwards for most victories in the series as a Sunoco rookie. "To be able to have the season we've had, it's been a career year for me. It's all credit to everyone at Joe Gibbs Racing and my crew chief Jason Ratcliff.

"Everyone that works at the shop to put these Camrys together… We have really fast cars every time we go to the track. All of our partners deserve it. Today we had (sponsor) Rheem on the car, other weeks we've had Ruud and GameStop. Everyone that makes this happen, I'm thankful to be a part of it and drive for them."

Bell's record victory aside, it was the accident that led to the final restart that infused the closing laps with drama. On Lap 179, Chastain moved Tifft's Chevrolet with his bumper, nudging the No. 2 Camaro up the track into the No. 60 Ford of Chase Briscoe.

Briscoe spun in front of Tifft, who saved his Playoff life with a deft move around Briscoe's car.

"By the time the 60 was spinning, I was about to spin into the 60," Tifft said. "There were a lot of words I probably shouldn't be saying as I was trying to save it. You're so on the edge of grip already that, when somebody gets into the back of you here, it's everything you can do to save it, let alone hit another car in there.

"Thank goodness we were able to save it there. I thought for sure we had lost it at that point."

Tifft regained two spots after the restart, and Chastain later lost one to Michael Annett. That proved the difference in the battle for the final Playoff spot. Chastain was pursuing a line of four cars for position when he ran out of time. Contributing to his downfall was a pit road speeding penalty that sent him to the back of the field after a stop on Lap 167.

"Too many mistakes on my part," said Chastain, who won at Las Vegas in a Chip Ganassi Racing car before returning to his customary No. 4 JD Motorsports ride after finishing second at Richmond. "I sped on pit road there – trying to roll up to those guys and do the best we could and just playing catch-up from there. We had the car looking at it now to do it. I was just trying to go by those guys.

"He (Tifft) ran into me after we stopped down there for lug nut check (after the race), but I'm not sorry at all. This is awesome… I don't apologize for what I do on the race track—I bring my friends with me. Our car was fast enough to do it. It's racing man. It's awesome. We were in the heart of it. We did our job coming here, and we've got a lot to be proud about."

Eliminated from the Playoffs in addition to Chastain were Brandon Jones (sixth), Ryan Truex (10th) and Ryan Reed (16th).