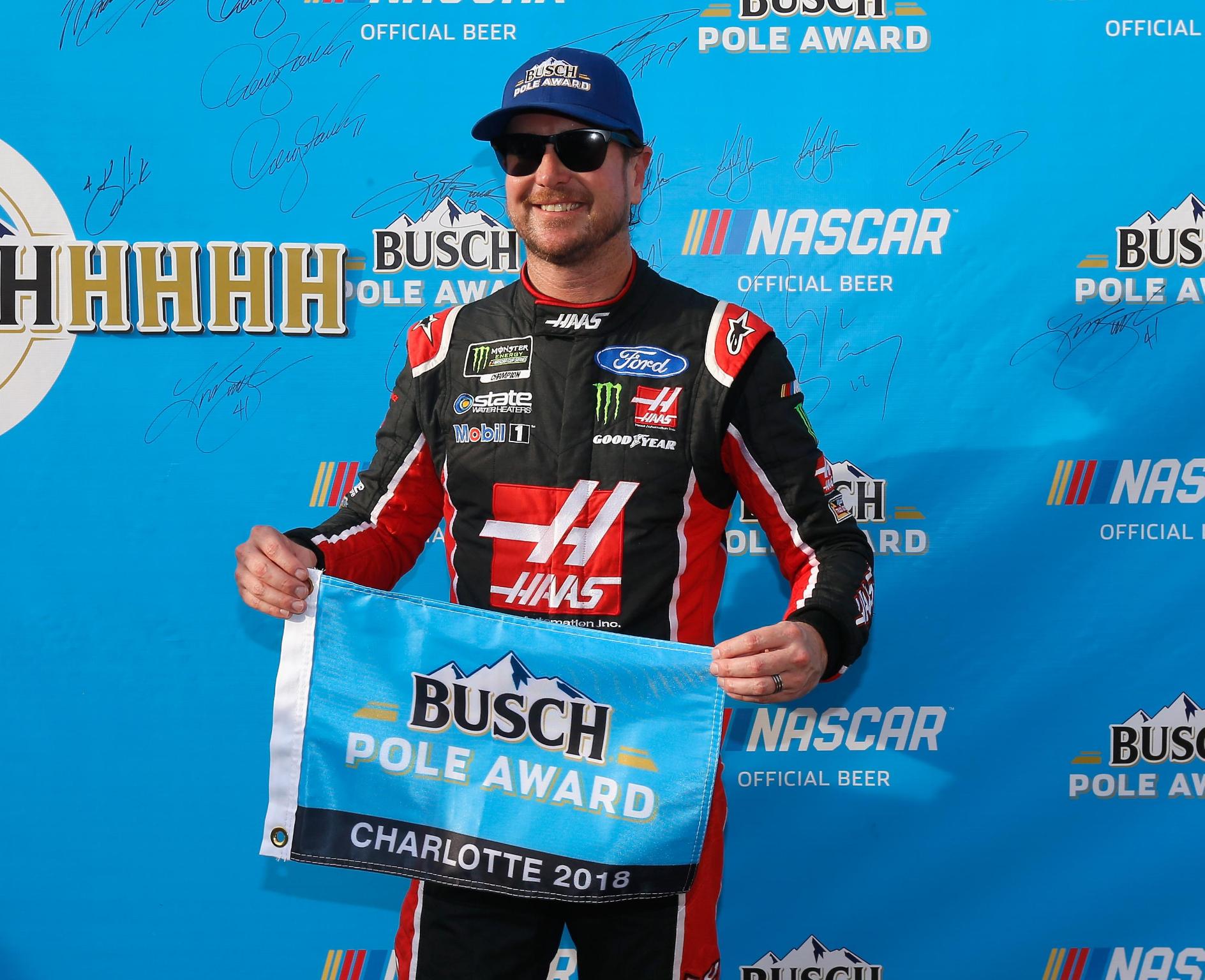 While the Big Three watched the second and final round of qualifying at Charlotte Motor Speedway on the big screen with the fans, Kurt Busch took the pole with a lap time of 76.805 seconds (106. 868 MPH). Busch tamed a wild Charlotte road course that has chewed up and spit out both Cup Series and XFINITY cars all weekend long.

Road course ace AJ Allmendinger was second on the charts after pacing round 1 followed by teammates Alex Bowman and Chase Elliott in third and fourth, with Kyle Larson rounding out the top 5.

[adinserter name="GOOGLE AD"]With their backs against the wall in the playoffs, Jimmie Johnson and Clint Bowyer qualified sixth and seventh. Jamie McMurray was eighth, Ryan Blaney ninth and Chris Buescher 10th. Youngsters Daniel Hemric and Erik Jones completed the 12 drivers who made the second round.

There are definite playoff implications—it’s still largely unknown how difficult it will be to pass (and where the passing zones will be). Keselowski can breathe easy with his win at Las Vegas and Kyle Busch also has a pass thanks to his win at Richmond. Truex and Harvick will make it through on points, but for the drivers facing elimination, only seven points separate safety in 10th place and elimination in 13th. Austin Dillon has a 10-point cushion over Bowyer going in, but starts 24th, essentially erasing any advantage at the drop of the flag.

Both Busch and Allmendinger are moving on from their rides after the season, and this race is an opportunity for both to shine as they work on plans for 2019.

Allmendinger says there was no one area of the track where he lost speed. “(it was) all of it. I mean this is the way this place is. It’s what makes it interesting and fun," Allmednigr said after the session. “I kind of look back like my Champ Car days it’s a street course. Yeah, you can nitpick and say I could have got a little more here or there, but you could also be in the wall very easily. We weren’t very good in practice, so Trent and all the boys went to work on this Kroger Clicklist Chevy. Got it way better than in practice because I was not very happy. That close, but good starting spot…Hell, I’ve got nothing to lose, I don’t have a job, so we just go out there and hang it out."

"It's pretty special to get the pole at an inaugural event and to do it here at the Roval, I mean, there's so much going on, Busch said after his run. “There's so much that everybody has to manage, crew chief, lead engineer, myself, engine tuners, everybody chipped in on this 41 car the right way. We had a plan for the first two rounds and it paid off. I struggled this year qualifying at Watkins Glen and at Sonoma, so we came here with a plan and it worked. Some conventional wisdom and thinking played out with our pole run today, but thanks to the guys, Monster Energy, Haas Automation, and Ford. We're on the pole for the Roval."