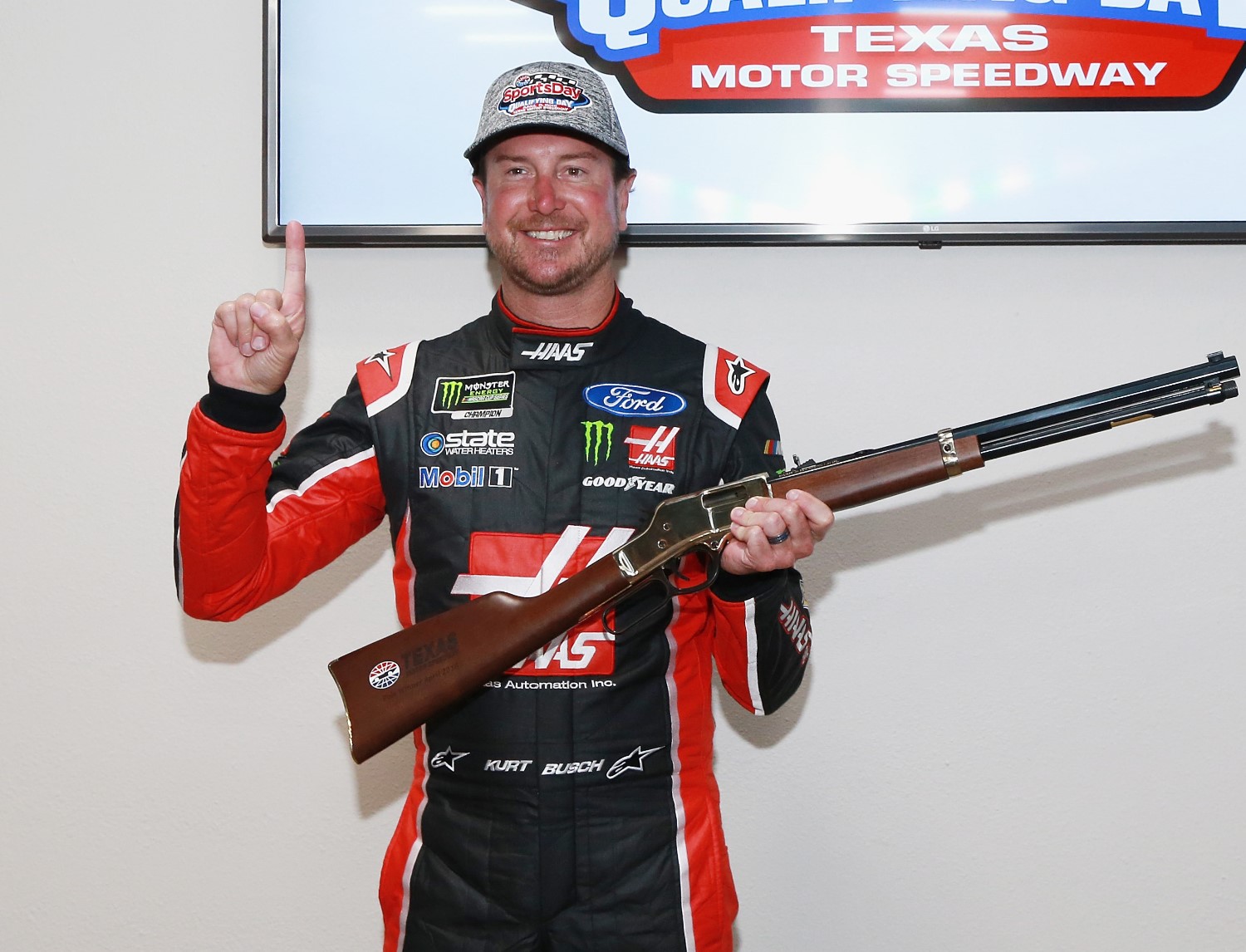 Kurt Busch will start from the pole position Sunday after lightning near Texas Motor Speedway halted Friday’s Busch Pole Award qualifying session following Round 1. Sunday’s qualifying order in the Lone Star State will be set based on Round 1 qualifying speeds.

Busch, who holds the track record for the quickest lap, was fastest in qualifying’s opening round with a top speed of 197.368 mph in his No. 41 Stewart-Haas Racing Ford. Stewart-Haas Racing will start 1-2-3 on Sunday, as Kevin Harvick’s No. 4 Ford was second-fastest (197.116 mph) and Martinsville winner Clint Bowyer came up third-quickest in his No. 14 with a fast lap of 196.829 mph.

Reigning race winner Jimmie Johnson’s No. 48 Hendrick Motorsports Chevrolet was the highest-ranking Chevy, recording the ninth-fastest speed in the field after a 195.603-mph lap.

Chris Buescher made contact with the Turn 2 wall during his first qualifying attempt in Round 1. After his crew assessed the damage, NASCAR approved the No. 37 team to make a two-tire change. He was able to make a lap before time expired in Round 1 and will start Sunday’s race 18th.

The Monster Energy Series is back on track for practice on Saturday at 11 a.m. ET (FS1).