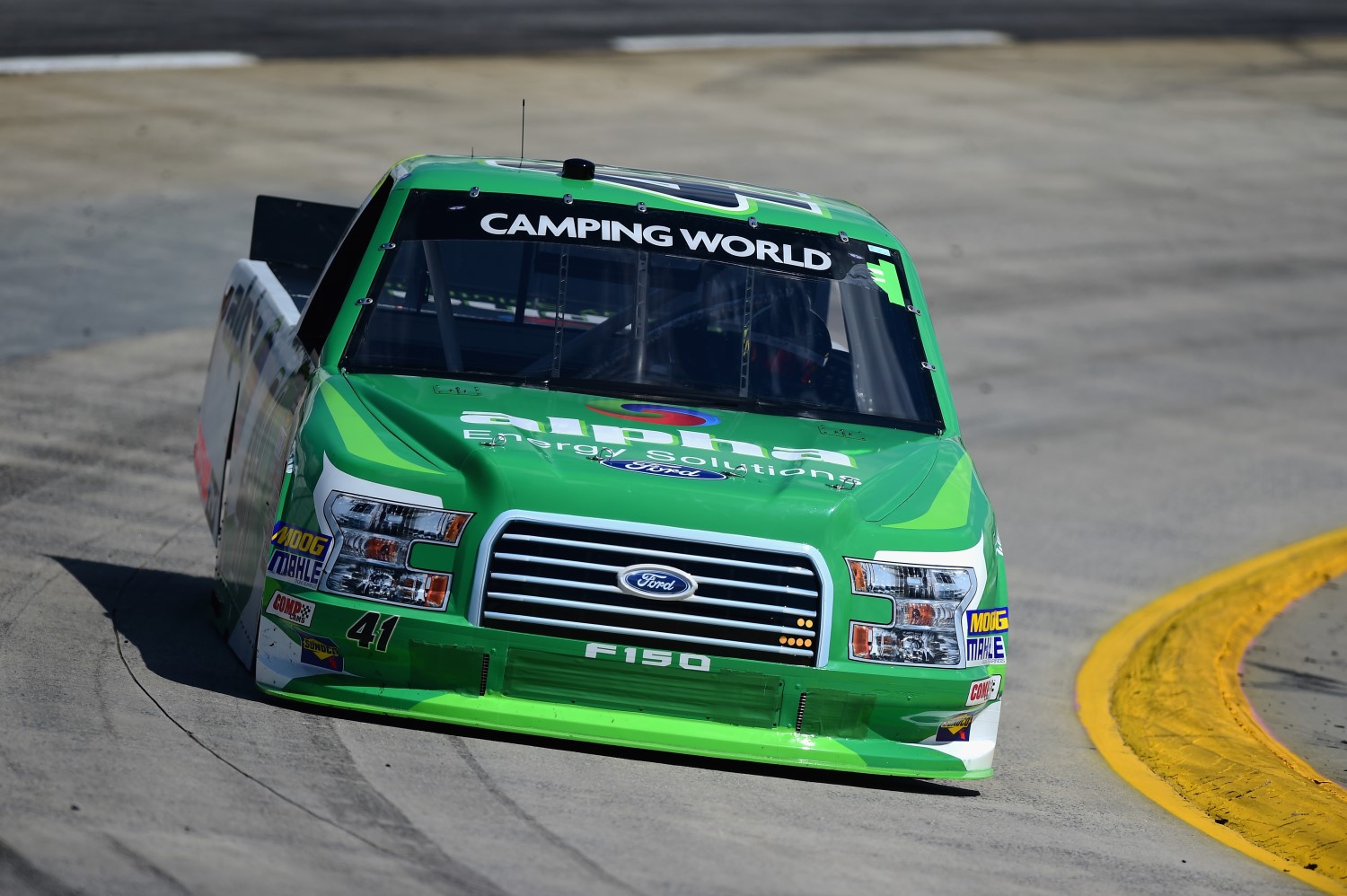 ThorSport Racing has had an uncharacteristically slow start to the 2018 season after switching manufacturers from Toyota to Ford in the offseason, but they came out swinging at Martinsville Speedway. Ben Rhodes laid down a fast lap under threatening skies to win the pole for Saturday’s Alpha Energy Solutions 250 with a speed of 95.942 MPH. It’s Rhodes’ third career Truck Series pole.

His ThorSport teammates Matt Crafton and Grant Enfinger qualified second and third, respectively, giving the team a stronghold on the front of the field. Kyle Benjamin and Stewart Friesen rounded out the top 5.

Series point leader Johnny Sauter qualified sixth, Brett Moffitt was seventh and John Hunter Nemechek, rookie Myatt Snider and Cody Coughlin filled the top 10. The most recent CWTS race winner at Martinsville, Noah Gragson, who snagged his first career win in that race, will start 11th. Mark Harmon was the only driver who failed to qualify for the race.

Todd Gilliland, who posted the fastest lap in the first round, did not make an attempt in the second round. Gilliland was already starting from the back of the field after an engine change Friday, so his team chose not to burn tires in qualifying.