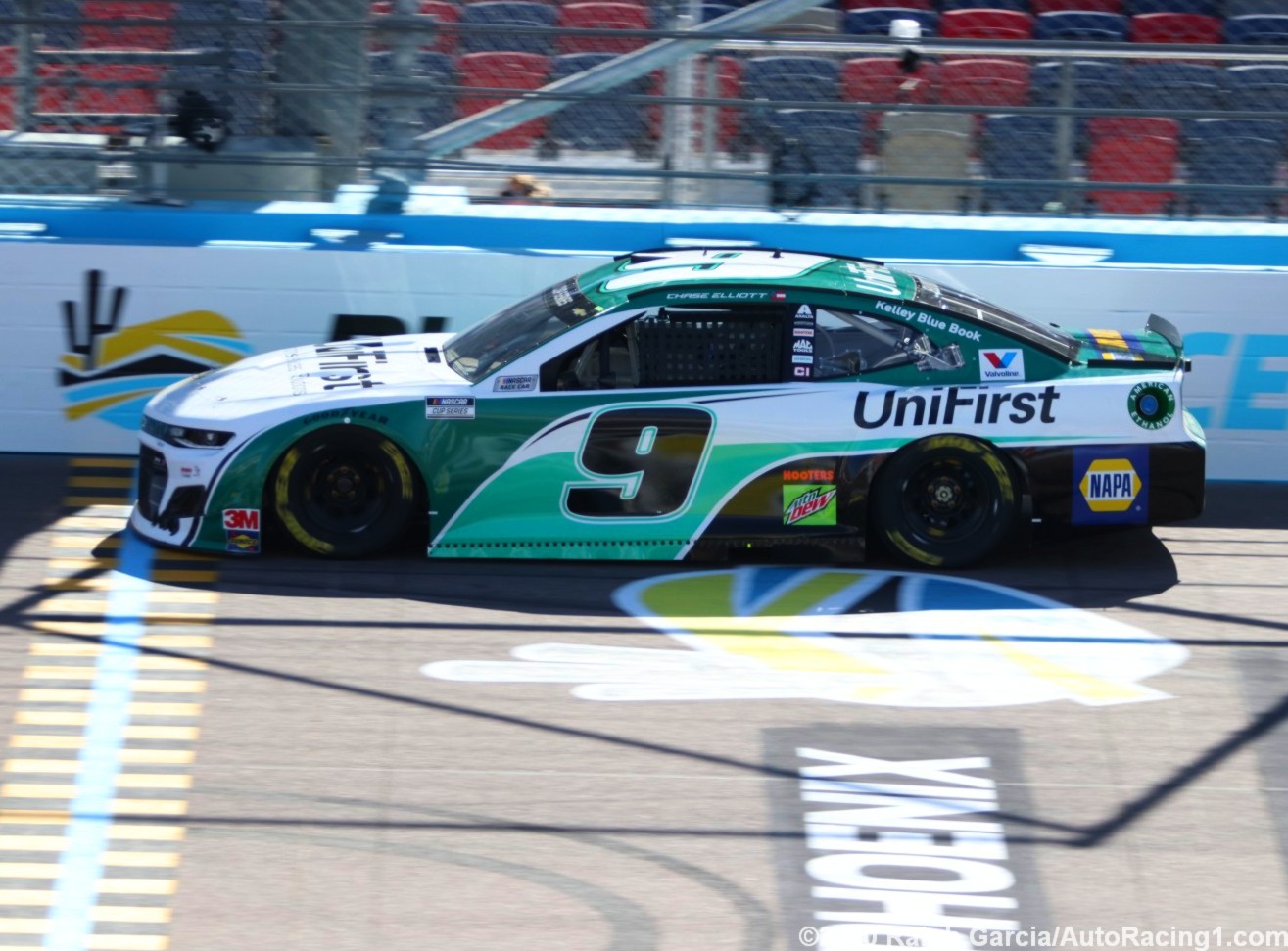 Elliott forged a 134.213-mph lap on the 1-mile Arizona track in Hendrick’s No. 9 Chevrolet. He was also second to teammate William Byron, who led opening practice and sealed the eighth-fastest speed in final practice.

Kevin Harvick, the series’ winningest driver at Phoenix with nine victories, was 13th in the Stewart-Haas Racing No. 4 Ford, but did have the best 10-lap average final practice.

William Byron powered to the top of the NASCAR Cup Series leaderboard in Friday’s opening practice at Phoenix Raceway, leading a 1-2 sweep by Hendrick Motorsports drivers.

“Just gotta know where the wall’s at, you know, and I was just trying to get my angle for Turn 1 and just nicked it a little bit," Byron told FOX Sports. “Just got to figure out where it is. We have a little more windshield block out here, so my line of sight’s a little different. So just getting used to that. The car’s pretty good. I think we’re about P10 or 11 in race trim. Need a little more speed, but I thought qualifying trim was obviously good, too."

Three teams absorbed minor tangles with the outside retaining wall. Corey LaJoie’s tap was the more pronounced of the three after his Go Fas Racing No. 32 Ford slipped out of the groove with 10 minutes left in the opening session. Aric Almirola and Byron pressed on after brief right-side scrapes.