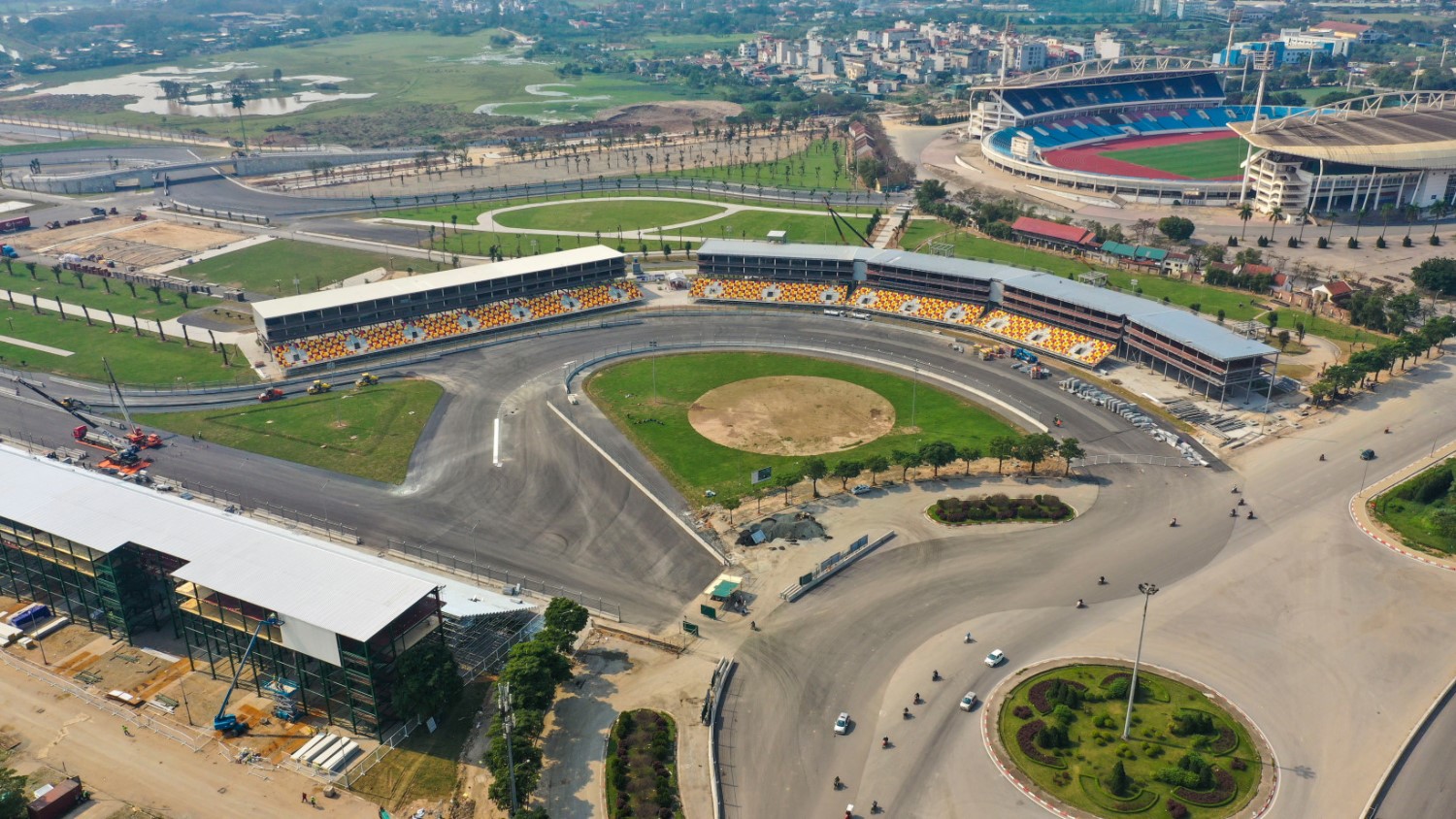 The Vietnam Grand Prix Corporation (VGPC), Promoter of the Formula 1 VinFast Vietnam Grand Prix 2020, invites you to take a tour of the Hanoi Circuit – the newest street track in F1 that will make its debut on the sport’s calendar this coming April 3rd -5th.

The footage showcases the magnificent 23-Turn, 5.607km long Hanoi Circuit as well as the stunning Pit Building. The latter has been modeled after Hanoi's Imperial Citadel of Thang Long and the Pavilion of the Constellation of Literature (the symbol of Hanoi) both of which represent this proud nation's long history and strong cultural legacy.

The circuit itself is a unique hybrid design, fusing a street circuit’s characteristics with a permanent track layout and is the first of its kind to be developed in partnership by Tilke Engineers and F1’s own Motorsports Division.

With the permanent constructions now in place, the promoter is currently focusing on the temporary structures around the circuit, including the Grandstands, media & medical centers, team hospitality tents, commentary booths and safety barriers.

Taking place from 3rd to 5th April 2020, the inaugural Formula 1 race in Vietnam will see the pinnacle of motorsport debut in the South East Asian country for the third round of the 2020 FIA Formula 1 World Championship and is sure to pose a stern examination of the drivers' strength and skills, whilst providing fans with a weekend of non-stop, adrenaline-fueled racing action.

In addition to the F1 racing itself, all ticket holders will also be able to enjoy watching the two support series – the Porsche Carrera Cup Asia and the Thailand Super Series – battle it out on-track, as well as participate in and witness the many entertainment activities, food festivals and live music, including a spectacular Saturday Night concert in association with Heineken – the Official Beer of the Formula 1 VinFast Vietnam Grand Prix 2020 – that will be taking place across the circuit and F1 Fanzone all weekend.